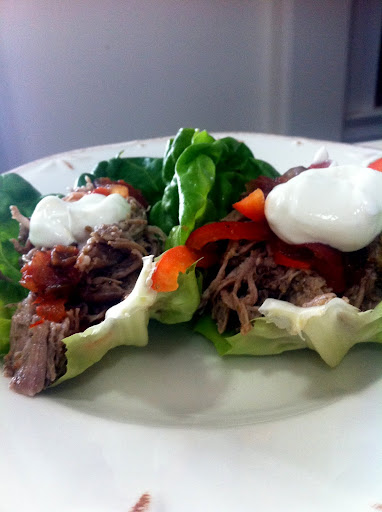 I like weekends that are both productive and lazy.  Productive as in “I made a lot of delicious food.”  Lazy as in “said delicious food require very little effort on my part.”  It’s nice.  It was a good way to spend the last weekend of January 2011, alternating between lounging on the couch with Josh and the dogs and spending a few minutes in the kitchen here and there, whipping up something tasty and fun.  I made another batch of beef tallow, rendering down about 3.5 pounds of suet, and I made my very first brioche which was then used in a delightful but deadly french toast casserole with heavy cream, whole milk, eggs, raw sugar, vanilla and Vietnamese cinnamon.  However, one can only indulge so much without slipping into a coma.  I love good, hearty comfort food spiked with full-fat dairy as much as the next person, but not all comfort food has to be loaded down with fat.  Most, yes, but not all.  So Saturday afternoon, I made a delightful dinner of light and flavorful lettuce wraps to combat the growing comfort food coma.

The center piece of these lettuce wraps was a very simply roasted pork shoulder.  Pork has a lot of natural flavor and it doesn’t need to be tarted up and made pretty the way chicken sometimes does.  All it took was a bit of salt, pepper, some herbs, a dash of lime and olive oil and a few hours in the oven and you’ve got an amazing (and amazingly easy) main course that’s pretty versatile and can be made into anything.  Also…great leftovers. 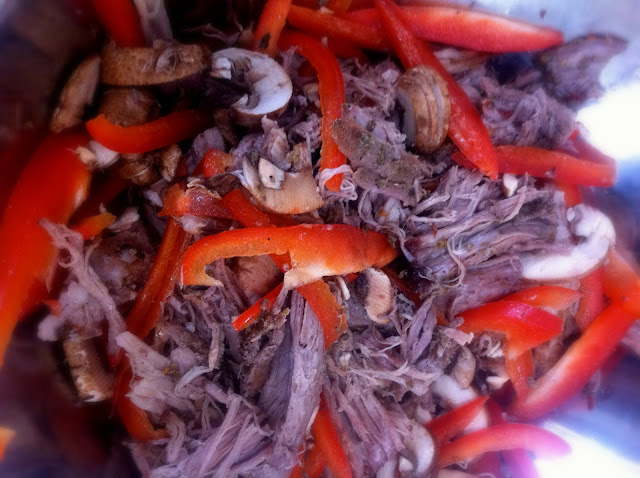 I shredded the pork, combined it with some fresh veggies, added in a simple vinaigrette and a quick set of accompaniments and voila–light, crisp, crunchy, satisfying pork lettuce wraps.  Perfect for eating while lounging on the couch, watching the cinematic glory that is Megashark vs the Giant Octopus on SyFy. 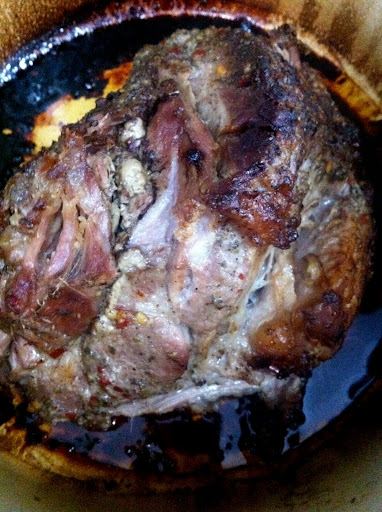 Put pork shoulder in a large ziplock bag.  Add in the rest of the ingredients except the chicken stock, zip the bag closed and move and shake it around a bit to distribute the ingredients.  Let marinate in the fridge for at least 2 hours.  Remove pork from the fridge and let come up to room temperature about 45 minutes before putting it into the oven.

Preheat oven to 400F.  Put pork shoulder in a large dutch oven with the lid on.  Roast at 400F for one hour, then lower the heat to 350.  Roast for 3-4 more hours, or until meat is browned and soft enough for pulling, occasionally adding a bit of chicken stock to the pan if necessary to keep the meat moist.  Remove the pot from the oven and let sit for a half hour before pulling. 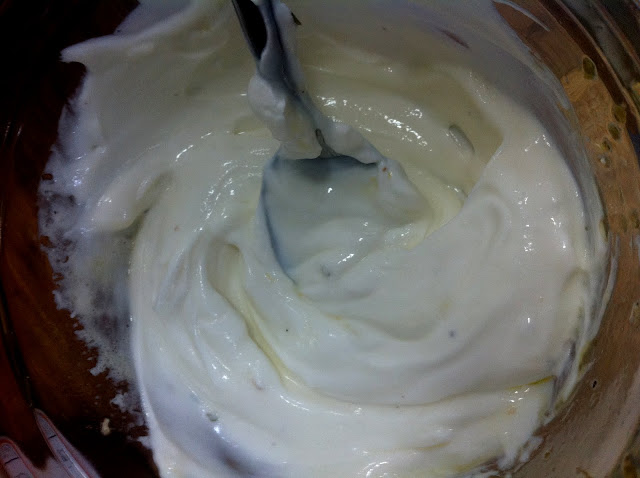 Mix yogurt with salt and pepper and lime juice to taste. 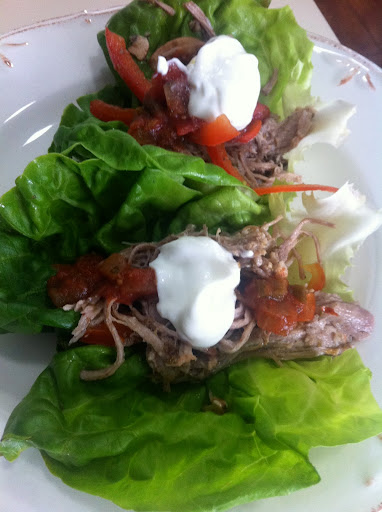 Combine shredded pork with bell peppers, mushrooms and onions.  Toss thoroughly in vinaigrette.  Spoon into lettuce cups and top with yogurt, salsa, cheese and other favorites.

One thought on “Wrap it up: shredded pork and red pepper salad”