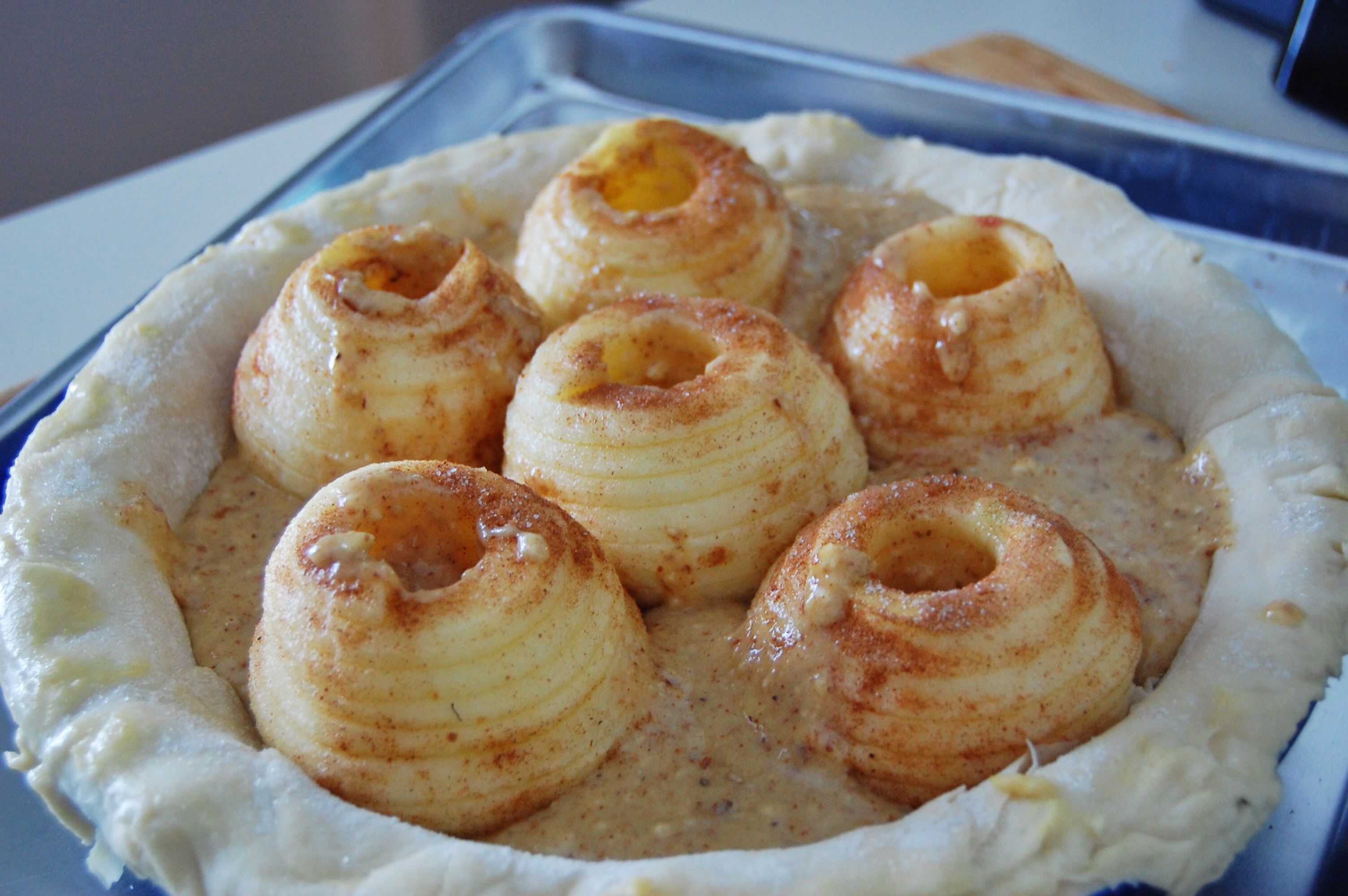 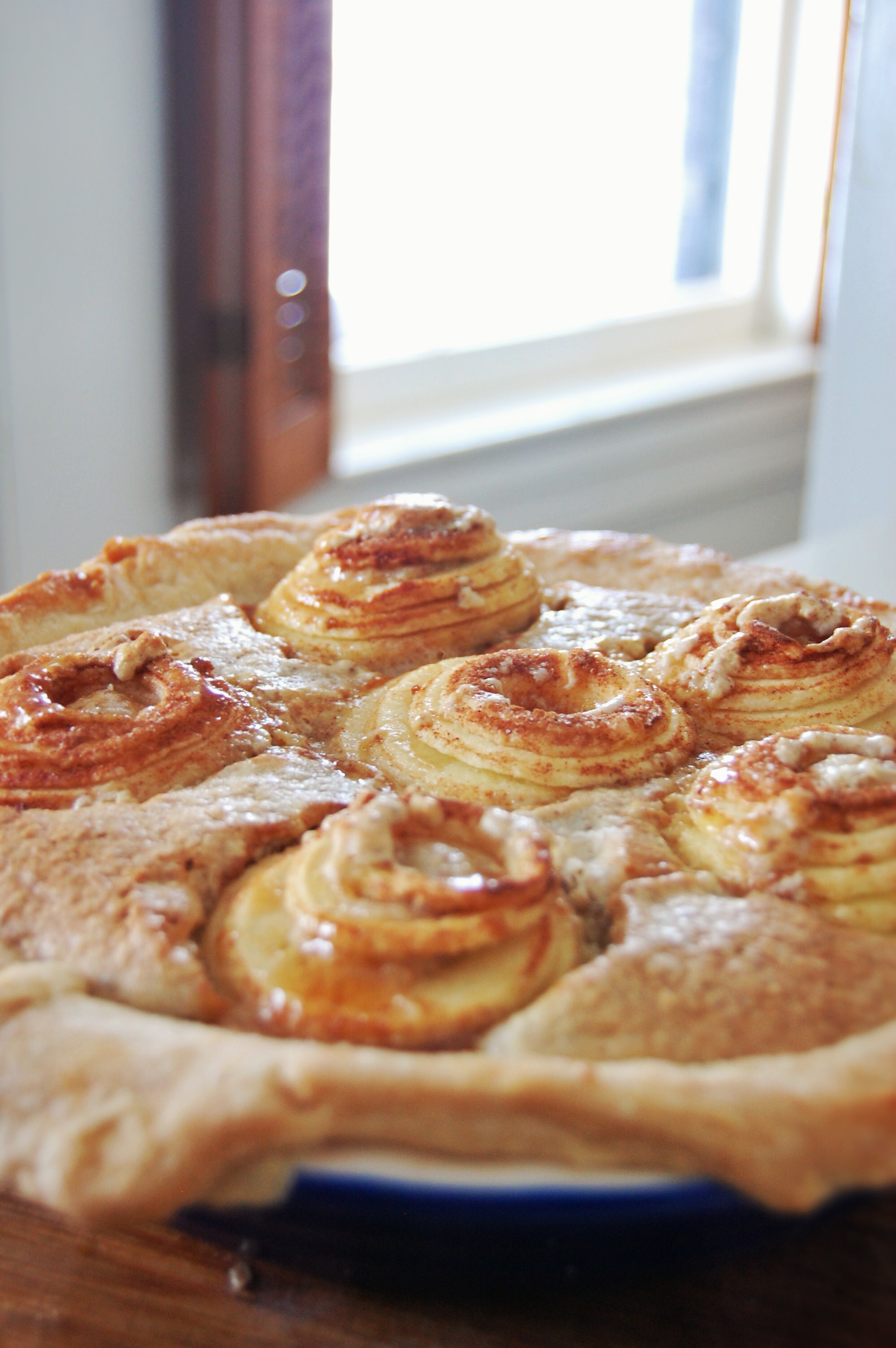 I baked this pie over the weekend because…pie.  There’s no other reason that matters, really.

Anyway, it’s a riff off my apple almond tart.  I used a double batch of the same frangipane recipe.  I used Alton Brown’s butter/lard pie recipe for the crust.  And then for the apples, I used my old-school apple peeler/finger mangler thing (see below) to core, peel and spiral slice the apples.

The corer doesn’t fully slice the apples–all the pieces remain connected, so they’re “sliced” but actually still just one unit.  Then I sprinkled them with a mixture of brown sugar, white sugar, and cinnamon and let them sit for a few minutes.  Depending on the water content of your apple choice, you may want to let them sit for up to a half hour to get out the extra moisture.  I use honeycrisp apples, and they’ve been pretty solid.

Anyway, I sat the apples in the pie crust and spooned the frangipane around them and added a little bit inside the apple as well.  Then I baked the pie for 30 minutes, covered the edges with tinfoil to prevent burning, and continued baking for another hour.  Then let the pie cool.