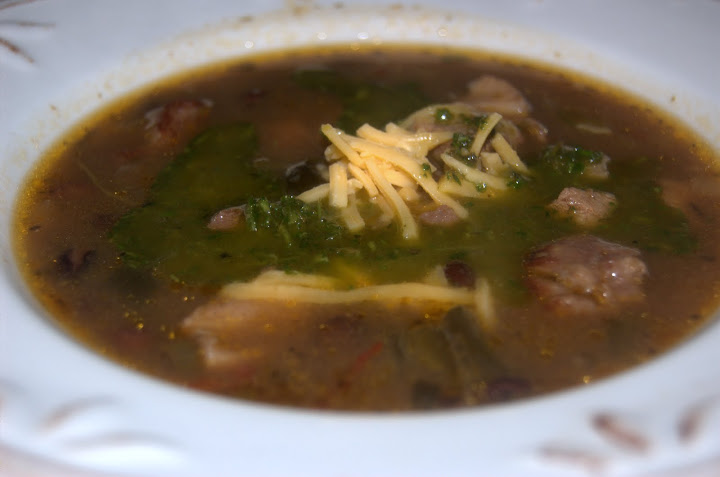 Oh, Internet.  How I’ve missed you.

Let me tell you, I’ve had quite a week.  The first week of May is always a terrible one for me, at least for the last few years.  It is actually the busiest week of my entire year.  Those of you who know me in the “Real World” (I’m in Season 27, how about you?) know that by day, I masquerade as my alter-ego, the instructional technology consultant.  Or the academic technologist.  Or the learning consultant.  Or whatever version of that title I happen to respond to on any given day.  Anyway, I work for a university and during the first week of May, myself and dozens of others like me (we are legion), put on a campus-wide conference and offer workshops on various technological and pedagogical issues and solutions to faculty and staff.  It’s fun.  It’s enlightening.  And it is tiring as hell.

I have so much respect for classroom teachers, such as the delightful Patti from Palate of Patti.  It’s exhausting to be up in front of 30 people, trying to teach something most of them consider to be completely alien to them while simultaneously trying to engage both the quick learner and the slightly slower to catch up, whilst still minding your time limits.  And doing it for hours.  During a normal week, my voice is strained.

But this week was even better.  Because I got the flu the Saturday before.  So that’s great, y’know.  Losing my voice, being exhausted.  Having to do all the regular duties of my job on top of giving 4 workshops, assisting 2 others and helping to host several large social events and on top of that, the cherry to my sundae of doom, as it were, feeling like complete an utter crap despite sleeping ten to twelve hours a night because I could not stay awake.

But it was all worth it to hit Friday at 3pm.  That’s when I was done.  That’s when my fellow intrepid coworkers and I left it all behind and celebrated our victory over the malicious May with the hard-won feast of champions: mojitos.  First we headed to Cafe Habana in Ann Arbor for mojitos (my favorite drink–I may have had 3) and chips and salsa.  Then, on to Corner Brewery in Ypsi for dinner and beer.  I can assure you, a good time was had by all.

So as you can imagine with a week like this, where at the end, I literally pour myself into bed, there as no time for cooking.  There wasn’t even the inclination to cook.  Nothing.  It was terrible.  It was barren and lonely and lacking in delicious flavor (except, of course, for the mojitos and beer).  So on Saturday, after a full night of rest, I decided I had to fix this.  This travesty could not stand. 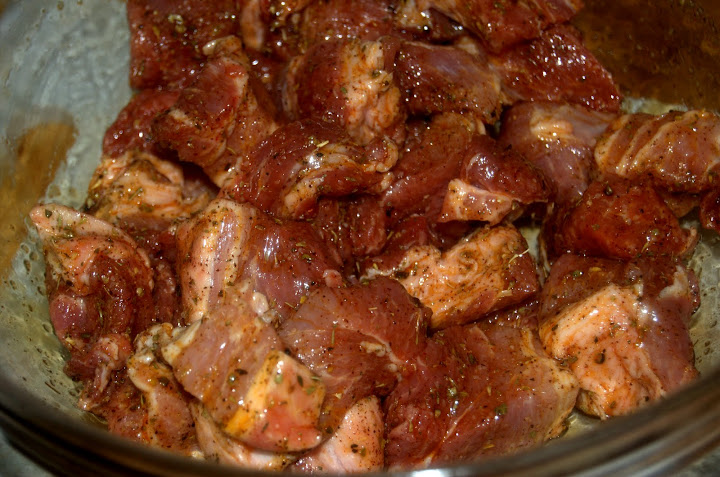 It was a good day for chili.  The weather in Michigan is a lot like a platypus: a strange, confusing creature that is cuddly and oddly adorable one minute and then attacking you with its poisonous spurs the next.  And this day was definitely a poisonous spur.  Rainy, cold, blustery like I was about to walk into the Hundred Acre Wood–just the kind of day that you spend inside, wrapped up in a blanket and watching old musicals.  Hello, Dolly.

I’ll be completely honest here.  The chili was kind of an excuse for cornbread.  And both were kind of an excuse to make another batch of chimichurri sauce which is kind of three sorts of awesome.  I figured I would make a batch of a new kind of chili (for me), broth based, light, full of delicious flavors that would nicely compliment the chimichurri and the cornbread.  And I think I managed that. 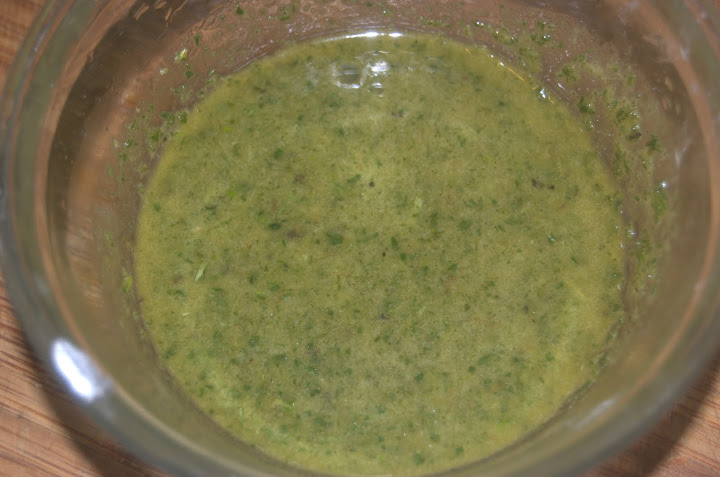 At least, Josh seems to think so.  He loved it.  One thing he said that caught my attention was that regular chili is always the same, pretty much; maybe the spice level changes but otherwise, it’s all the same.  But this was different.  This was a different texture, a different taste, had chili components but took it to a different level.  I will admit, though, that though I was going for a “chili,” I really consider this more of a “stew” but we can debate the back-and-forth classification of sauce-based dishes some other blustery day.

I threw this together as I went along but kept notes–yay me!  I started by roasting the basic elements to bring out their flavor–the poblanos, the garlic, the onions–and then used them to flavor the pork, which I browned first.  I sort of layered things in together, using dried oregano as a constant theme throughout, which tied in very nicely with the fresh oregano I put in the chimichurri, which was drizzled on top of the final dish.  All in all…not bad.  Got me back in my stride, anyway. 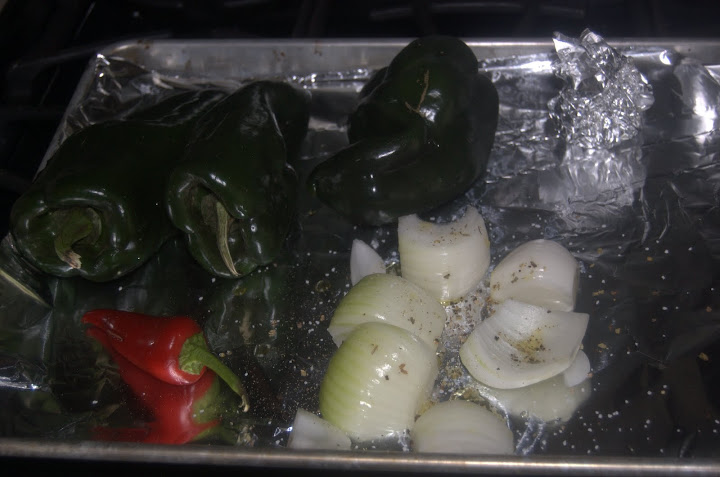 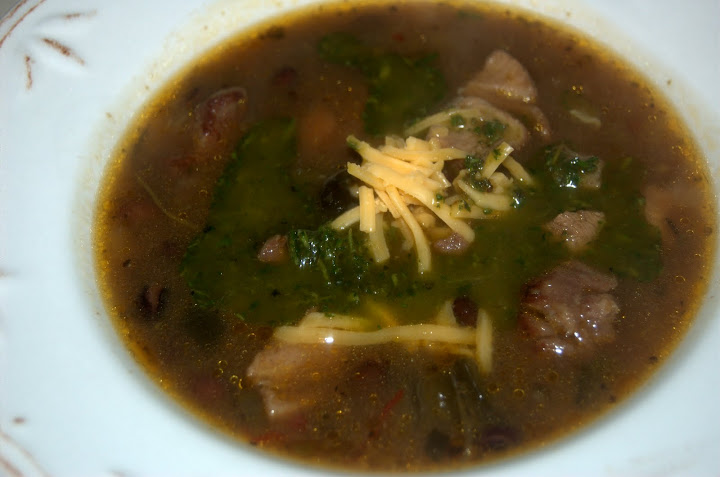 1.  Place the peppers, half the onion and garlic (cut the top off, sprinkle with olive oil and wrap in tin foil) on a baking sheet lined with tin foil and bake at 400F for 40 minutes, or until the peppers are scorched and blackened.  Place the peppers in a bowl, cover with plastic wrap and let cool for 10 minutes.  Peel and chop.

2.  Purée the roasted onion half and place in a bowl.  Squeeze the roasted garlic out into the same bowl and add the oregano, salt, pepper, ancho chile powder, cumin and 1/4 c. olive oil.  Mix ingredients thoroughly and add the pork to the bowl, covering well.  Let sit for about 30 minutes.

3.  Place a large skillet over medium-high heat and melt the butter with the extra 2 tbsp of olive oil.  Sprinkle the pork with the flour and toss to coat.  Fry pork in the olive oil-butter mix until browned on the sides.  Chop the other half of the onion and toss that in as well; let cook for just a couple minutes to soften.

4.  Place pork mixture, chopped peppers, black beans and chicken stock into slowcooker.  Cook on high for 4 hours, or low for 8.  Add corn starch near the end to thicken a bit.

5.  Serve and drizzle with chimichurri sauce (also good with cheese on top), and cornbread.