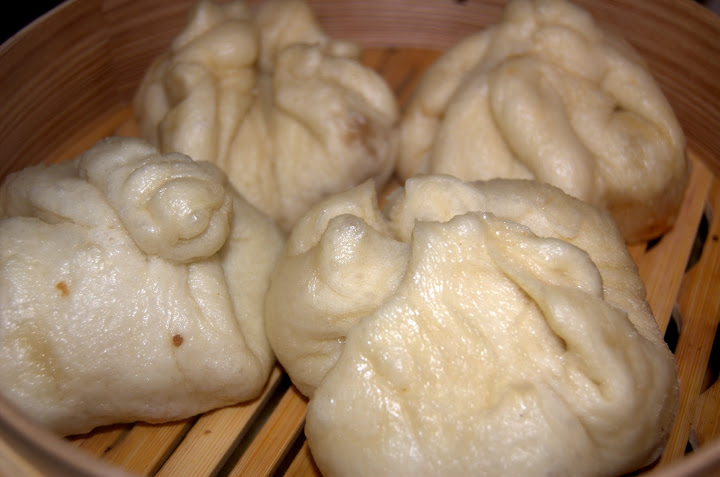 So I’ve come across a few recipes for cha siu bao in the past few months and thought, this is fascinating.  Sure the closest I’ve ever gotten to actually seeing one in my own life was while watching Hayao Miyazaki films.  That doesn’t matter.  I could make these.

The pound-plus of barbecue pulled pork meat I had leftover from slowcooking on Saturday lent itself pretty well to my plan today to make these buns.  I also maybe cheated just a tiny bit by buying a fresh ball of pizza dough from the store instead of making my own.  I won’t apologize for that, though; it speeded up the process AND you know how much I hate to knead dough. But either way, they were pretty easy to make!  And quite tasty.  The great thing is that you make quite a few with a recipe and you can very easily make and freeze them for later.  They steamed up in 15 minutes and were fabulous dunked into some extra barbecue sauce.  Josh thinks they’ll be ever better baked, and with some cheese added.  So basically what Josh wants is an empanada.   But he enjoyed them anyway. 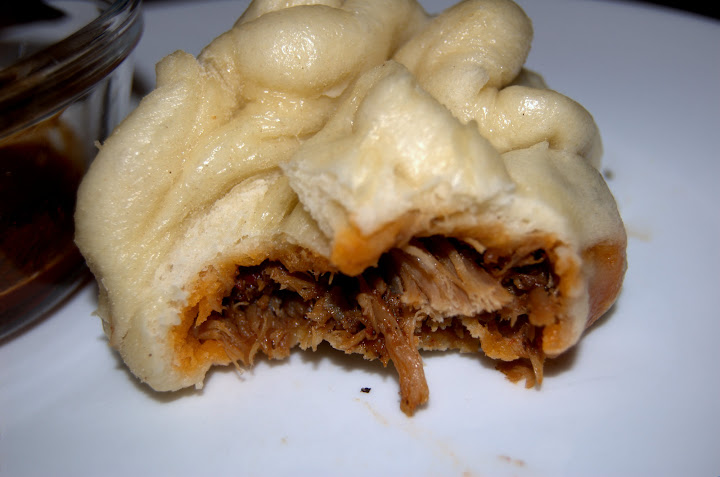 I reheated the pork in some more sauce and added in a few more Szechuan peppercorns, which add a nice peppery flavor and also make your mouth tingle.

Then I rolled out 8 circles from the dough ball. 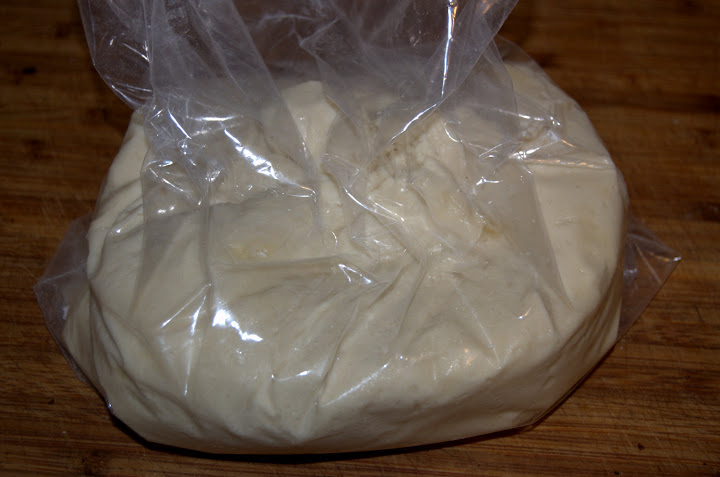 I hate to roll things.  I’m not very good at it.  However, after tonight, I’m a little bit better.  Snaps for me.  Then a bit of meat mixture into the middle of each circle and try to close it up, squishing the ends together at the top. 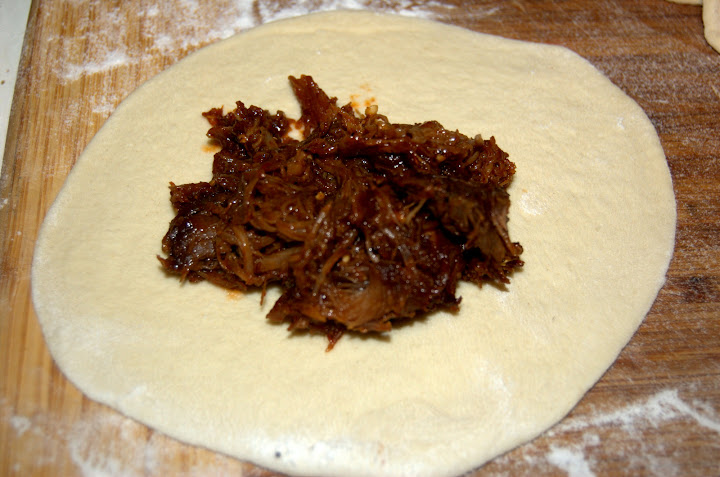 I laid each one out on a sheet an until I finished, and then they all went into my bamboo steamer, which, by the way, is one of the greatest cooking items on the face of the earth.  4 buns to a tray.  Hm.  Never thought I’d write that sentence. 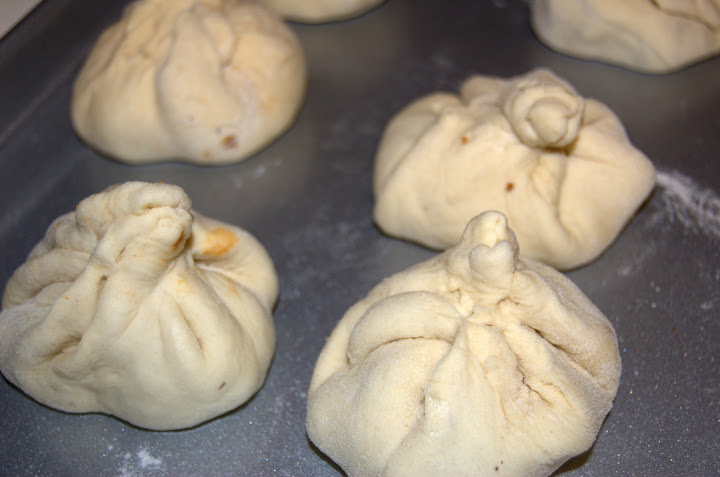 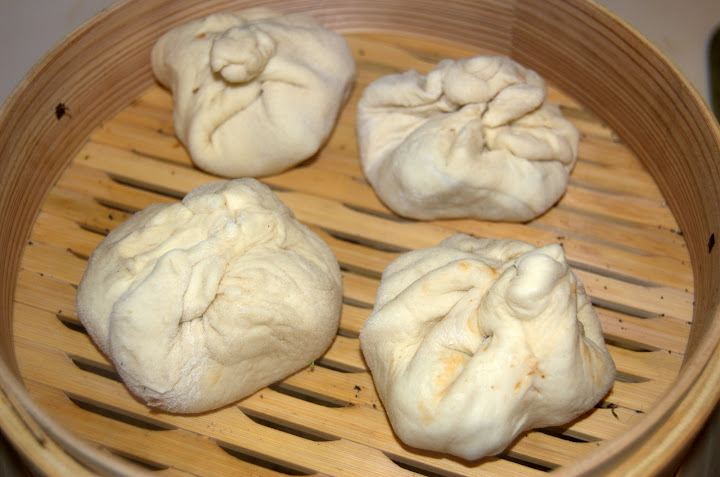 Anyway, 15 minutes and while they were cooking, I made the soup and threw some broccoli, olive oil, salt and pepper onto a pan and threw it in the oven at 400F to roast.

Not bad for a first timer, if I do say so myself. 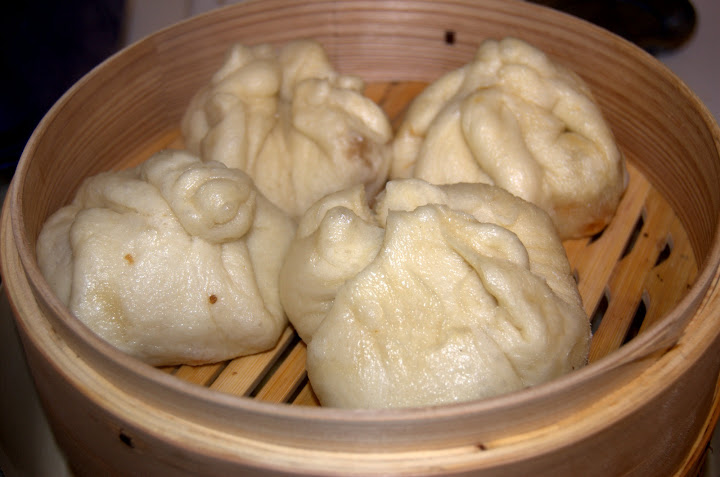 So while I basically did my usual riff off a couple of recipes for the pork buns, I thought I’d make it easier on all of us and just post the recipes here.  We rounded out the meal with some roasted broccoli and a starter of homemade egg drop soup.  I love egg drop soup.  Not only is it tasty, but Josh, who is notorious for disliking soup of almost every kind, will actually eat it AND it’s the fastest, easiest soup known to Laurenkind.  I will also add that recipe below. 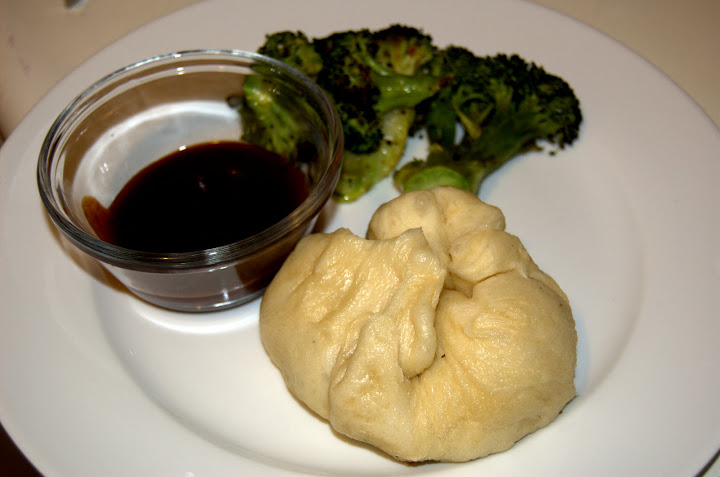 Chinese BBQ Pork Buns from Rasa Malaysia (I love this site, btw.  It has me drooling often.   You’ve been warned.)
and
Steamed Pork Buns from Cooking Light 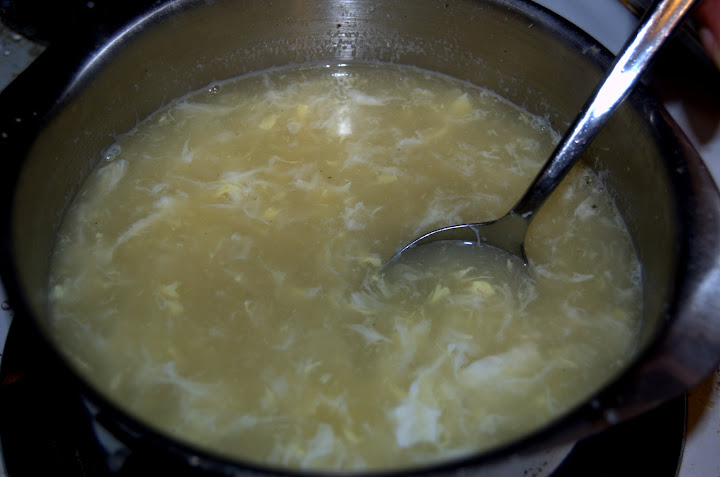 Preparation:In a wok or saucepan, bring the 4 cups of chicken broth to a boil. Add the white pepper and salt, and the sesame oil if using. Cook for about another minute.Very slowly pour in the eggs in a steady stream. To make shreds, stir the egg rapidly in a clockwise direction for one minute. To make thin streams or ribbons, gently stir the eggs in a clockwise direction until they form. 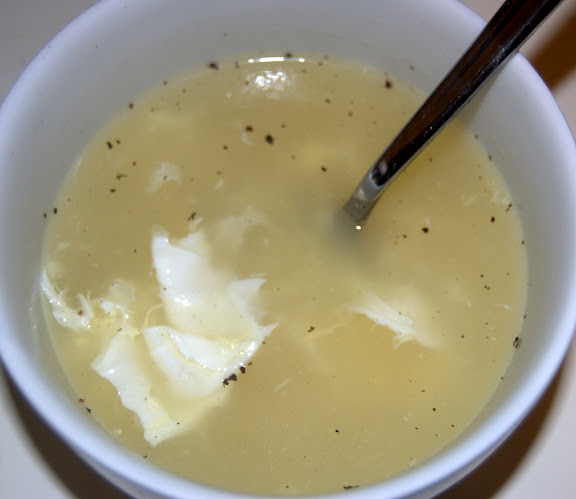