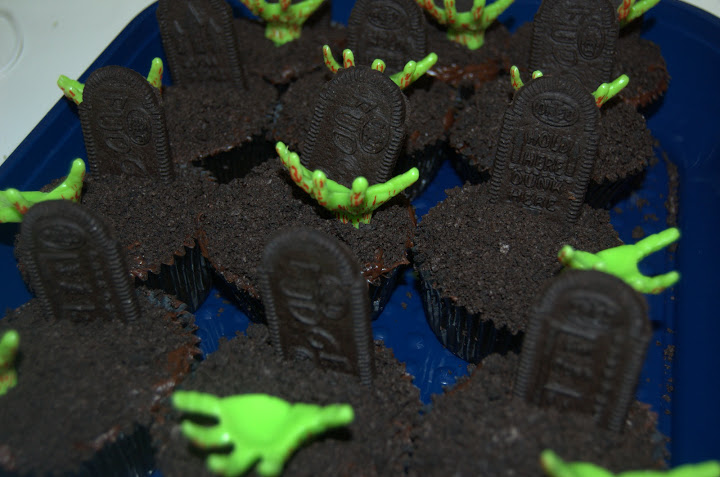 According to a super-scientific quiz on Facebook, I am well prepared for the inevitable (Inewitable!) zombie apocalypse and will survive for at least a month, probably more.  And you know why that is?  Because I watch my zombie movies.  I will even admit to seeing Zombieland twice in the theaters.  What can I say?  I have a thing for watching Woody Harrelson kill zombies.  Between that and my numerous viewings of Shaun of the Dead, Night of the Living Dead, Day of the Dead and many others, I know the rules of surviving a zombie horde: don’t get attached, don’t get eaten, don’t go in the basement or upstairs, to defeat the zombie you have to remove the head or destroy the brain and of course, rule number one: cardio.

Thankfully, all you’ll need to defeat these zombie cupcakes with is a hearty appetite.  And maybe a pitchfork.  Or a regular fork.  These cupcakes were originally done by the Sweetest Kitchen and after I saw them, I figured—hey!  That’s a cute cupcake trick that I can actually do!  My friend Lindsay can decorate awesome cupcakes.  Me?  Not so much.  I’m a pretty good cook and an okay baker but decorating?  Not so much.  I lack the artistic talent to do anything beyond rudimentary.  So I was very excited to find these cupcakes because not only do I have an obvious, alarming and awesome affinity for zombies, but these are a tasty, fun and festive way to celebrate Halloween.

I got the zombie hands and the black baking cups from Bake It Pretty, which is now one of my favoritest sites ever.  For the cake, I decided to make a pumpkin cake, homemade, and I used a store-bought chocolate frosting, because it was easier.

First I mixed together the cake batter (recipe below) and poured it into the muffin tins. I got about 15 cupcakes from the mix. 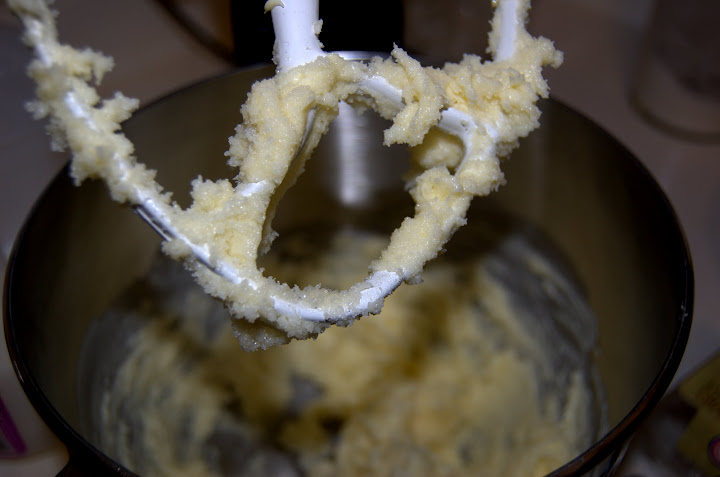 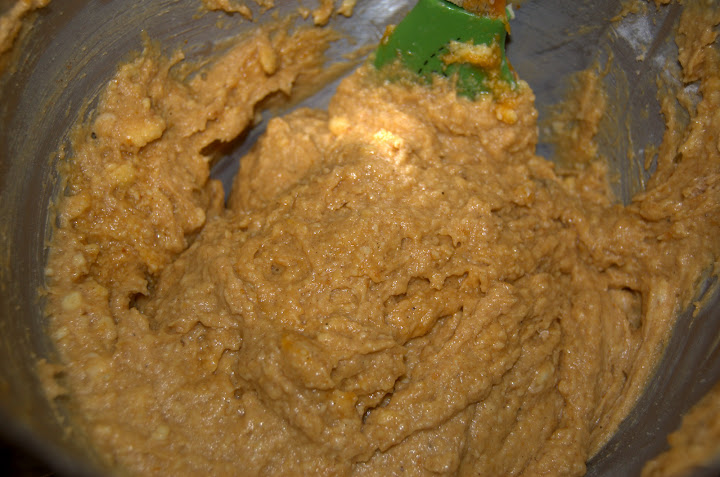 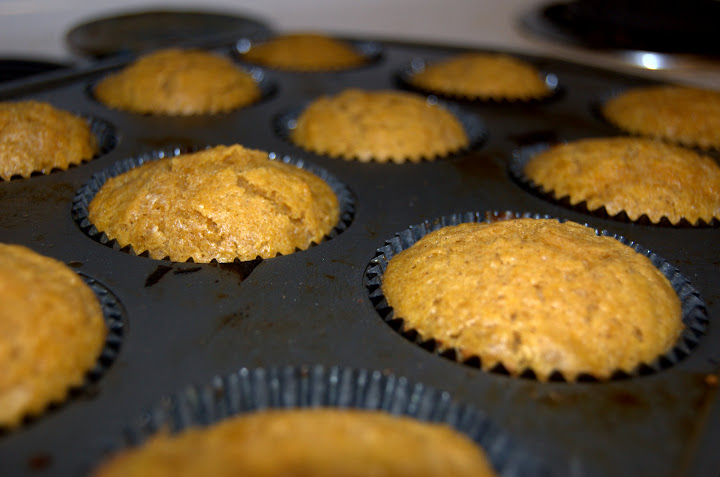 Then, once the cupcakes had cooled, I pulled them onto a plate and applied a generous amount of frosting to the top of each one. 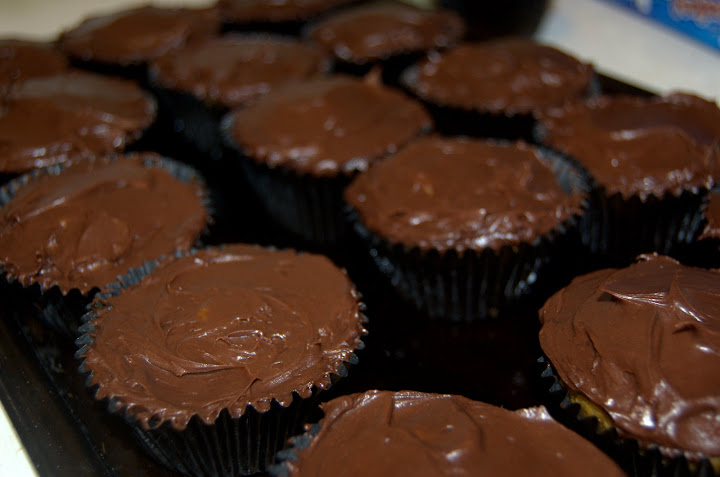 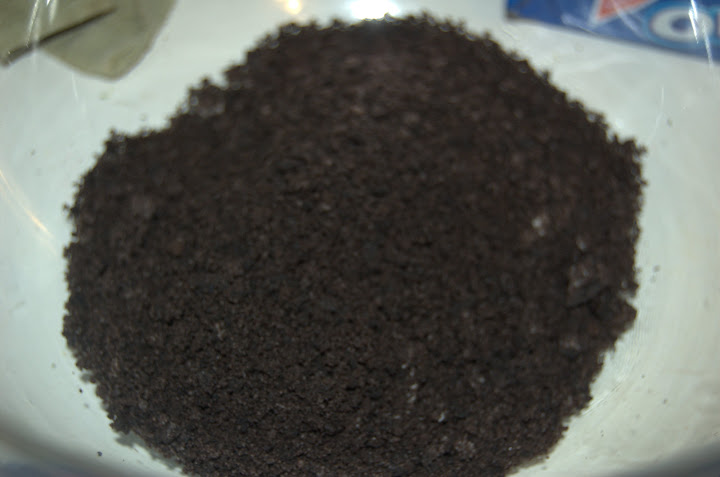 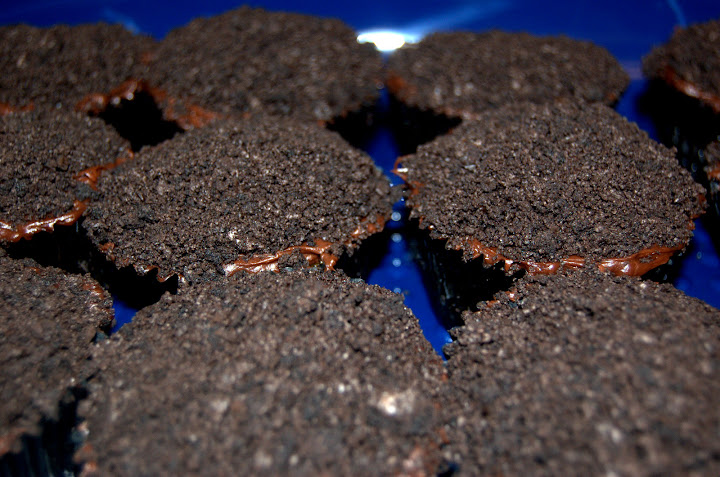 Now for the gravestones…apparently Oreo makes an oblong shaped cookie called a Fudgee.  I used about 8 Fudgees; I pulled the cookies apart and scraped off the filling.  Each cookie side was the perfect shape for a gravestone.  After that, it was time to apply the zombie hands. Zombie spirit fingers? 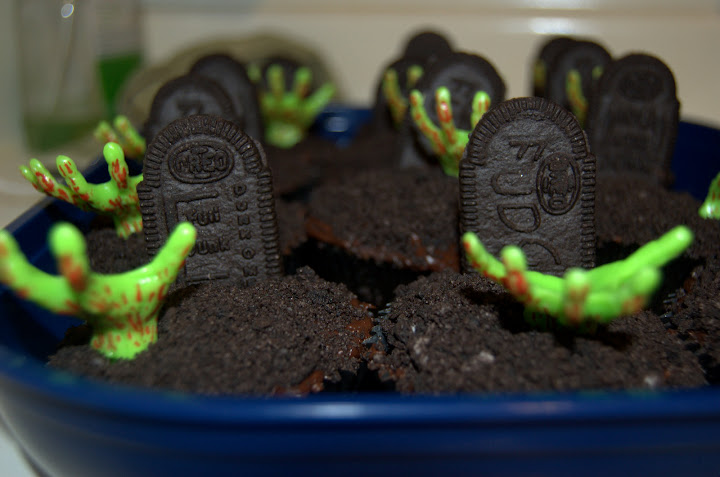 They look pretty good, if I do say so myself.  And quite tasty as well.  Delicious, pumpkiny, chocolatey, crunchy and gooey topping.  Now that I’ve eaten one though, I feel a bit unsated.  Like I need something more.  Like I’m craving something else.  Like maybe I want….braaaaaaaiiiiiiinnnnnnnsssssss.

In a bowl, with a mixer on medium speed, beat butter and sugar until smooth.  Add eggs, one at a time, beating well after each addition and scraping down sides of bowl as needed. Add pumpkin and vanilla and beat until well blended.

Bake in a 350° regular or convection oven until tops spring back when lightly pressed in the center and a wooden skewer inserted into center comes out clean, about 20 minutes.  Let cool and frost. 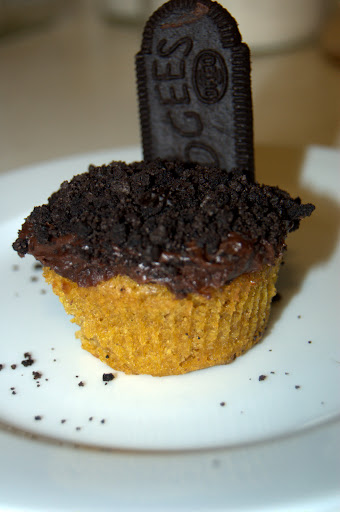 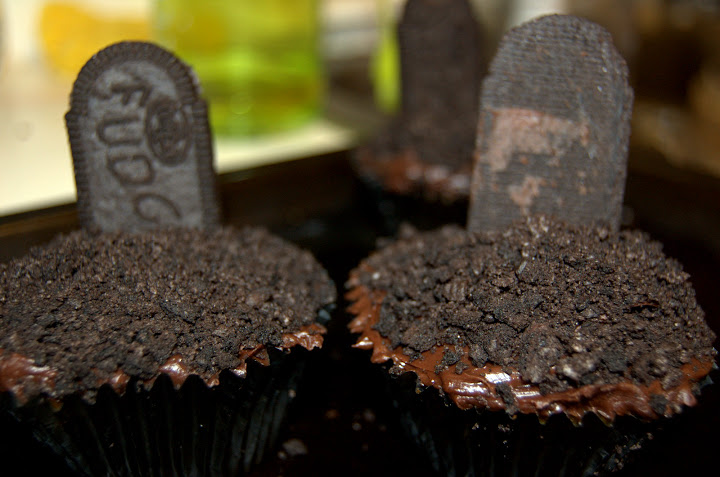