The Prickly Pear is a restaurant on Main Street in Ann Arbor that serves southwestern cuisine.  Josh and I end up there about once a year, and apparently, we’re one of the few people we know who aren’t stark raving mad about the place.  To be honest, we think the food is okay but completely overpriced (and that is saying a lot in this town) and while completely acceptable, certainly not the best Mexican faire in town (not not just because it’s technically southwestern, not Mexican anyway).  But we go from time to time because we really want to try like it, and we like to give second chances.

One thing I will say is that Prickly Pear has fantastic homemade guacamole, and their tortilla chips are great; I wonder if they get them from Ann Arbor Tortilla? 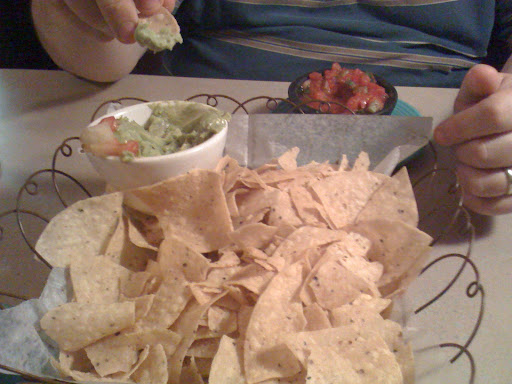 Josh ordered a chicken burrito.  Josh is a “burrito connoisseur.”  He loves burritos; he considers them the perfect food.  He says “Wrapping anything in a tortilla automatically makes this better.”  He considered Prickly Pear’s burrito as “okay” but “just okay;” just cheese and meat stuffed messily into a tortilla, lacking in substantial flavor or texture.  He compared it to a burrito from Tio’s.  What would have made it better?  Some crunchy vegetables, like peppers, and cheese with more flavor.  He agreed with me that the black beans on the side, however, were very good and cooked just perfectly. 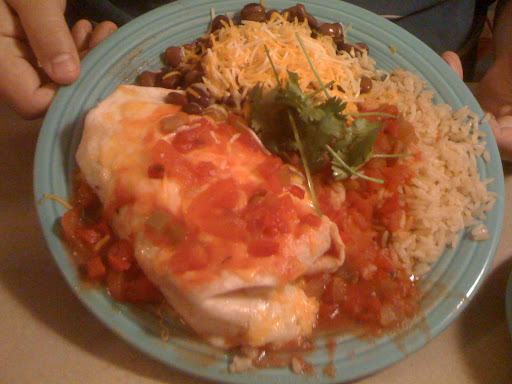 I went with a chicken empanada with a pepito (pumpkin seed) sauce.  Originally I’d been eyeing the portabello mushroom fajitas but damned if I’m going to pay $18 for fajitas that don’t even come with free-range meat attached.  The rice that came with was ok; lacking in flavor and topped with some pretty forgettable chopped tomatoes.  The beans, like Josh’s, were excellent (especially with the salty, crunchy tortilla chips leftover from the appetizer).  The empanada was…tiny (I got a half but wow) and sprinkled with  chopped zucchini and squash.  There was more pastry in the empanada than actual filling; the pastry was flaky but overwhelming, and the chicken filling pretty uninspired.  The light greenish cheese sauce with crushed pumpkin seeds was light and good, but also lacking in serious, lip-smacking flavor. I do think that Café Habana is light years ahead with the delicious beef empanada on its menu. 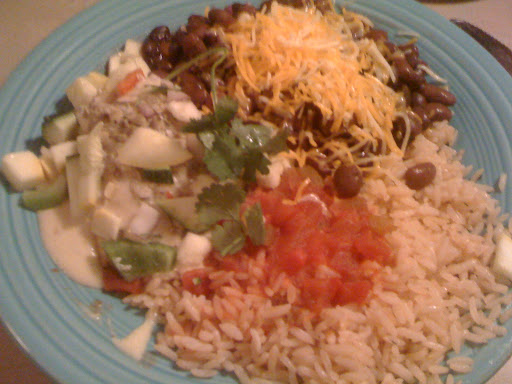 So total score: meh.  Not terrible, not great.

However, the night did end on a good note: cupcakes at the Cupcake Station!  More on that another time.