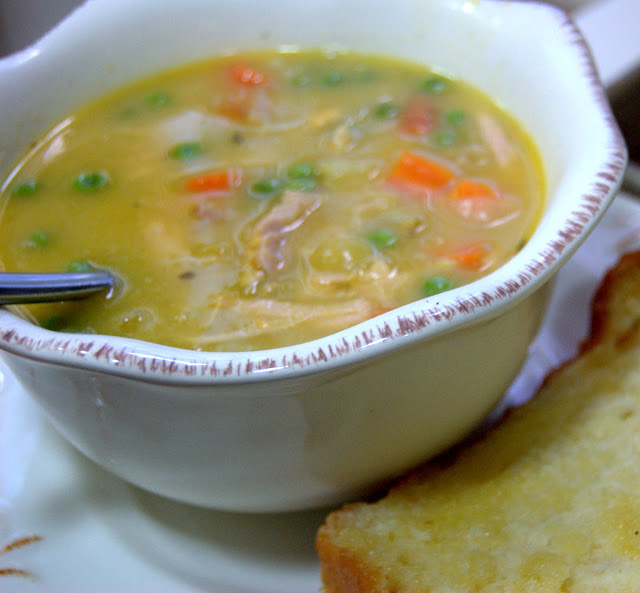 Sunday was a busy day.  I got out of bed–and that was an effort, let me tell you–and made breakfast, prepared bread dough, did the week’s grocery shopping, found out my Twitter account was hacked (again, apologies to all involved), roasted chicken, made stock, made soup and still managed to watch Squid Invasion on Netflix streaming and thoroughly freak myself out.

But the important thing here is the soup.  It’s my cheesy, chunky comfort stew.  I originally made it for Paul and Josh last week for dinner.  Paul and I had a very good trade going: if I made dinner, he would bring cinnamon pie for dessert.  (I freaking love cinnamon pie and Paul makes it brilliantly.)  And since I knew I was going to want to have a really large piece of pie for dessert, I figured I would make something for dinner that was simple (cause I was tired), quick (cause I was short on time), vegetarian (because Paul is not of the meat-eating persuasion) and filling without being super heavy (cause pie).  Oh and delicious, of course, because that’s how I roll. 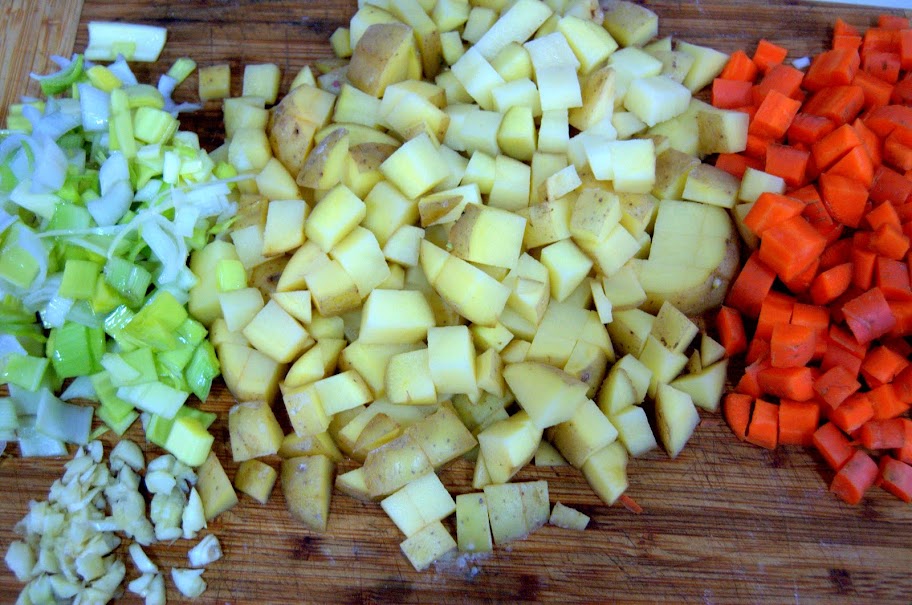 So I flashed back to the awesome soup tutorial I got from the Soup Queen herself, Miss Bee of the rightfully celebrated Beezy’s, and I made a roux base and threw in whatever veggies I had on hand.  And then lots of cheese.

It worked out so well that I then made a second batch this weekend to have as lunch during the week, only this time with some shredded roasted chicken for extra protein and filling-ness.  But whichever way you decide to make this soup, it’s delicious and easily modified. 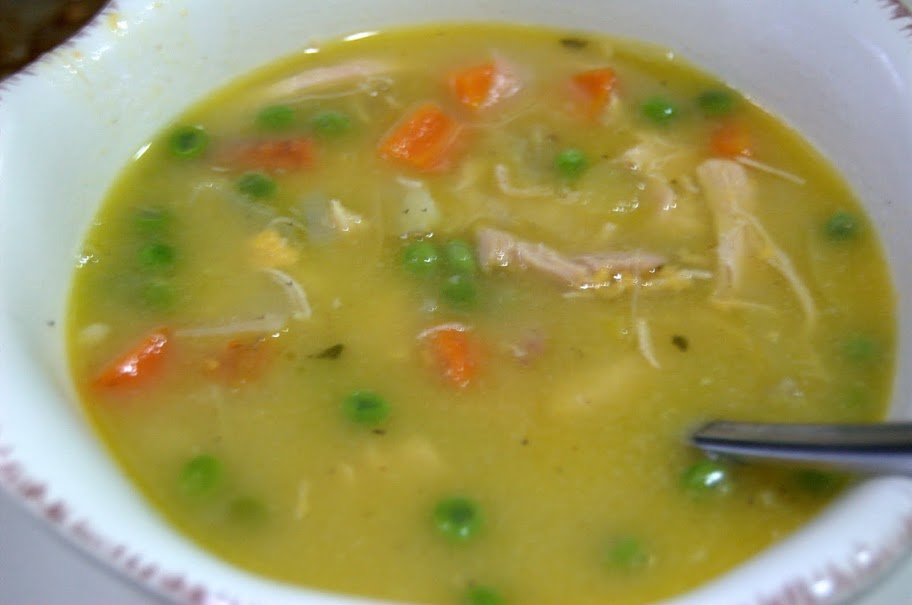 I’ve listed the chicken version below.  For the vegetarian version, simply omit the shredded chicken and substitute your favorite vegetable broth wherever chicken broth is listed.