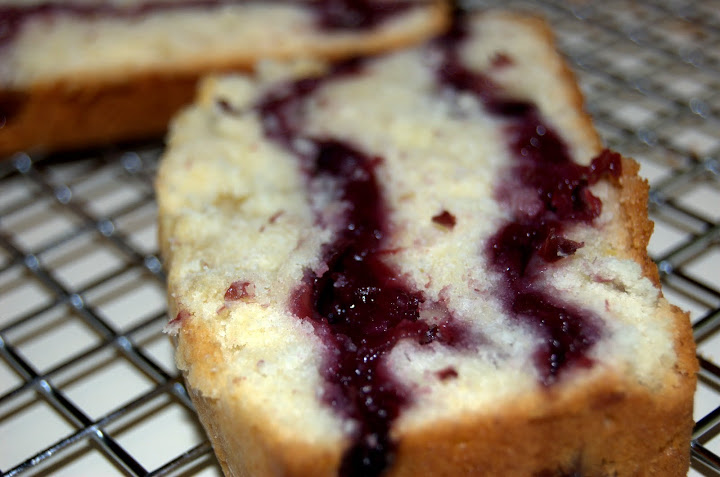 Or, “What to do with 14 pounds of canned cherries.”

I was bored on Saturday and that’s usually a recipe for disaster deliciousness because when I get bored, I bake.  Only I was running low on ideas.  It’s amazing, really—there are seven hundred and fifty recipes in my Evernote cookbook and yet, not a single thing I wanted to make right then and there.  Well, that I could make anyway, with what I had on hand.

So I went offline and in search of my 40-something cookbooks.  I wasn’t inspired by much there that day either, until I went through a Tastebook I had put together several years ago.  If you’ve never been to Tastebook, it’s basically a site that lets you organize and print your own cookbooks—it’s rather nice, and I especially like it for gifts.  But anyway, I’d printed myself a cookbook of recipes I found online a few years ago and one of them–the very first recipe in the book, actually—was for a cranberry coffee cake.  Well I could do that, I thought.  But I don’t have any cranberries.  But I did have a basement wine cellar full of unfermented fruit (I know—I’m doing it wrong).  That is, full of cherries that Josh bought fresh and canned a few weeks ago.  Josh likes cherries.  Josh likes cake.  Cake likes cherries.  Lauren cooks cherry cake. 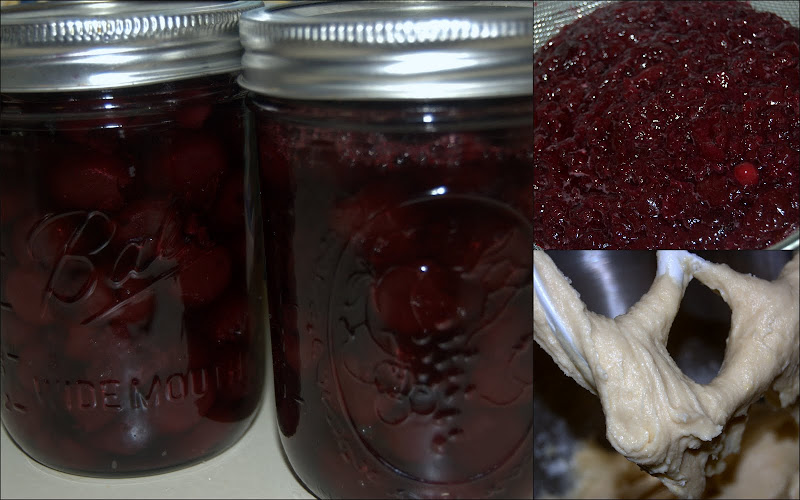 So I made a few tweaks to the recipe—cherries, lemon, lower-fat milk—and gave it a go.  My thoughts?

Pretty tasty.  Nice soft texture.  Maybe a bit delicate on the top where the sugar crystallizes a bit (not a bad thing).  Beautiful looking, especially with those two flavor lines of crushed cherries going through the middle.  And easy to do.  Extremely easy.  I like easy. I think we have a winner here. 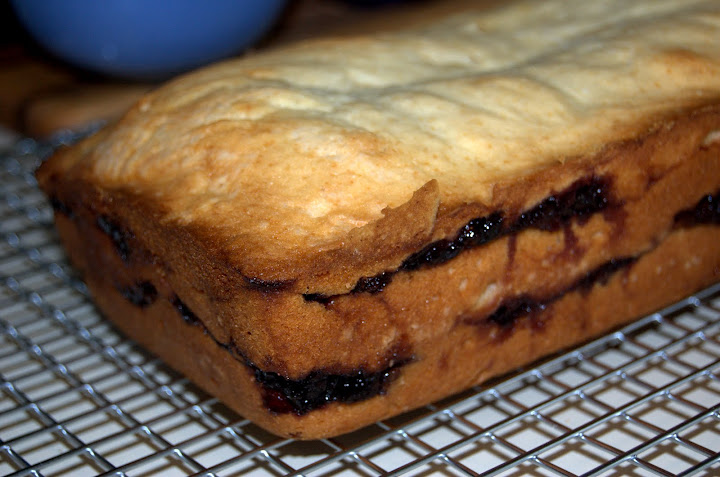 Put the cherries and the sugar in a blender or food processor and pulse a few times until cherries are crushed up a bit but not pureed.  Place in a colander over a bowl and let drain. (You can toss the leftover juice but if you’re of a mind, why not use it for something tasty?  Reserve it until later or cook it down over low heat until reduced into a nice sauce.)

In a mixing bowl, combine butter and sugar until light and fluffy.  Add eggs, one at a time, lemon zest and juice.  In another bowl, mix flour, baking powder and salt.  Alternatively add flour mixture and milk to egg-butter batter, starting and ending with the flour, until all ingredients are just combined.

Coat a bread pan with baking spray.  Spread a third of the cake batter on the bottom of the pan.  Layer about about half the cherry mixture on top, smoothing out and keeping a short border along the edge.  Top with another third of batter, then the other half of the cherry mixture and finally, the last bit of batter.

Bake on center oven rack for about an hour and ten minutes.  Cook on a rack.  Eat.  Enjoy.  Cheer.  Cherries.  Cake. 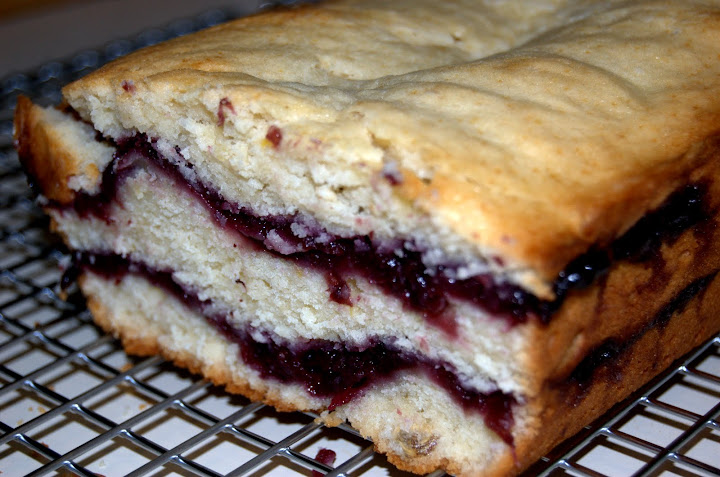