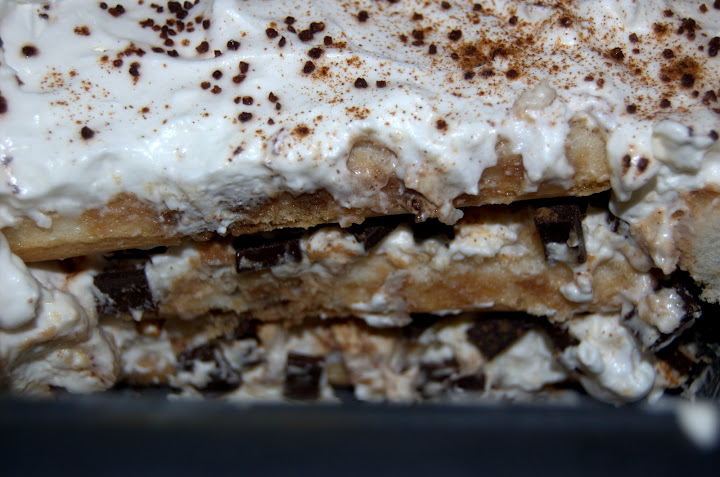 So awhile ago I got another email from the POM Wonderful people asking if I’d like to try out their new line of POMx iced coffees.  Um, of course I would.  Not because I drink coffee.  Because I don’t.  Which is odd because I’m pretty sure my office is about this (–) close to digging an underground tunnel straight to Starbucks for those every-three-hour coffee urges.  So I mostly took the offer for them, because they love coffee, and they’d love to try this stuff and most importantly, to see what I could make out of it.

In a brief bit of exposition (insert Morgan Freeman voiceover here), POMx iced coffee doesn’t actually taste like pomegranates (which kind of made me a little sad…I mean, how interesting would pomegranate coffee be?  People drink pumpkin coffee.  I suppose if you’re really interested, you can try making some pomegranate syrup and adding it to your morning latte), but does contain the very powerful antioxidants that come from pomegranates.  So you get your caffeine boost and antioxidants to boost.  If modern medicine journalism and my incredible powers of premonition* are correct, if you drink enough of this stuff, you will live forever.  Or at least until that super volcano under Montana blows.

Anyway, I figured I would first give my coworkers a chance to test out the three flavors of the iced coffee (chocolate, cafe au lait and vanilla) and then I would take their favorite one and work it into a recipe of possibly their choosing (or maybe not, I’m being awfully nice to them as it is).  But since I got two chocolate flavored coffees…that gives me one to experiment with.  Coffee…makes me think of dessert…makes me think of coffee-flavored desserts…makes me have to go to the bathroom a lot….but also makes me think of tiramisu.

So I turned that extra bottle of chocolate iced coffee into a simple chocolate and cinnamon tiramisu.  Lazy,  sure, maybe, but delicious and easy.

I like tiramisu a lot.  In the summers, I make a light and airy and ultra-fabulous strawberry tiramisu that is as good for your waistline as it is for your tastebuds, with angel food cake in place of ladyfingers, sugar-free jam, light cream cheese and whipped cream.  I figured I would take part of that recipe and substitute chocolate in all the appropriate parts, which of course absolutely necessitates that I add in some dark chocolate chunks for crunch and flavor and um…more antioxidants.  I’m telling you, this dessert is all sorts of healthy.  You should bathe in it.  Do it, send me pictures.  Maybe not pictures.  Maybe just tell me about it.  Not in detail.  Nevermind.  Anyway, I also ended up going with the traditional ladyfingers…mostly due to a lack of wanting to search Whole Foods for angel food cake (like I said…I’m lazy today…this week….month, whatever). 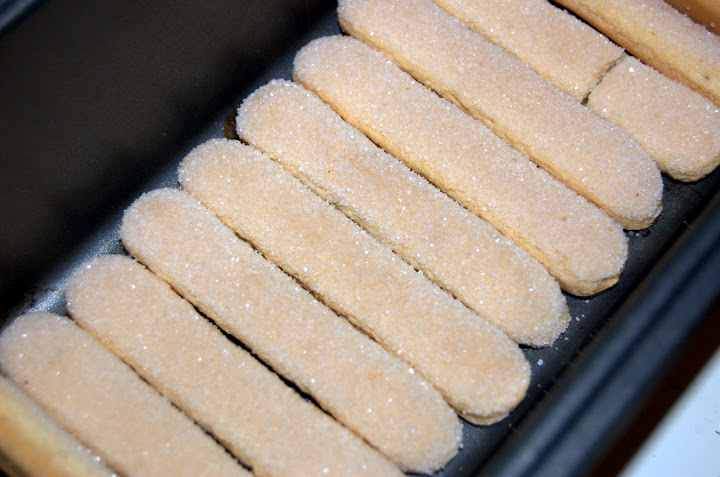 2 packages lady finger cookies (or about 40 fingers)
1 c. dark chocolate chunks, approximately
1 8oz package light cream cheese
8oz heavy whipping cream
1/3 c. vanilla sugar (use regular sugar if you don’t have vanilla sugar; to make the vanilla sugar, I just throw a vanilla bean after I’ve scraped the seeds out into my sugar bowl.  The flavors seep out into the sugar and ta da! magic)
2 tsp chocolate or vanilla extract
about a half cup POMx chocolate iced coffee (or your own espresso/coffee)
cinnamon, for sprinkling
chocolate sugar, for garnish
Whip the cream, cream cheese, chocolate extract and vanilla sugar in a mixer until light and fluffy.  Sprinkle and fold in a bit of cinnamon. 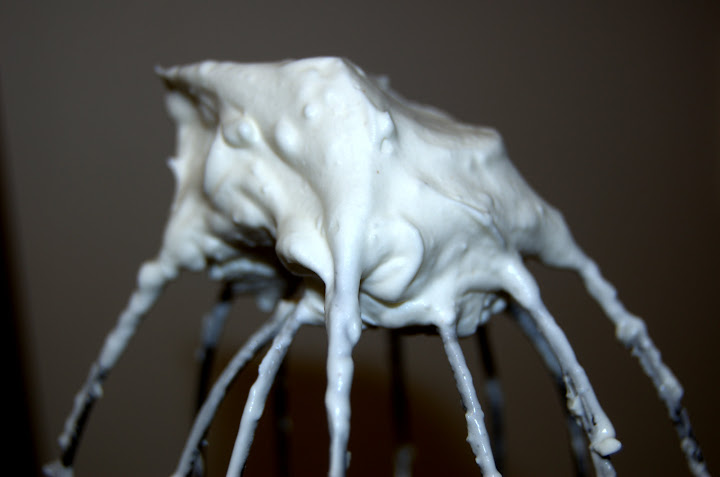 Arrange a third of the lady fingers in a single layer inside a pan.  (I used a bread pan because the lady fingers fit just nicely inside it, and it gave me a taller slice of tiramisu.  You can use a good wide bowl, an 8×8 or whatever you can.  This recipe is very flexible, so probably whatever you come up with will work.) 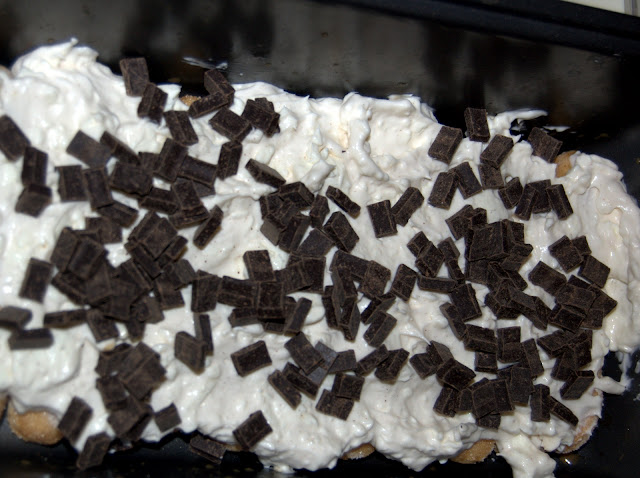 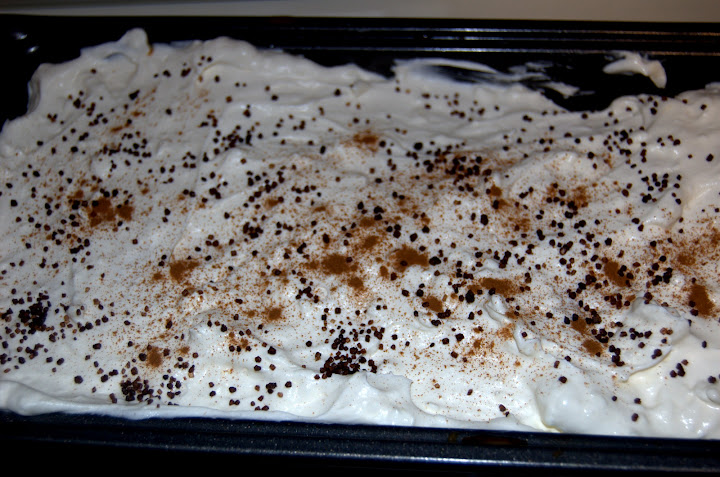 Cover and refrigerate for at least a four hours.

*I have no powers of premonition.

One thought on “Tirami-sumofdat chocolate tiramisu”