I don’t know that I’ve ever made pizza crust from scratch before, mostly because I suffer from a relatively serious case of selective laziness.  Make my own caramel and nougat for homemade snickers bars?  Sure!  Make pizza dough?  Ha.  Why?  Whole Foods sells theirs in neat little packages. 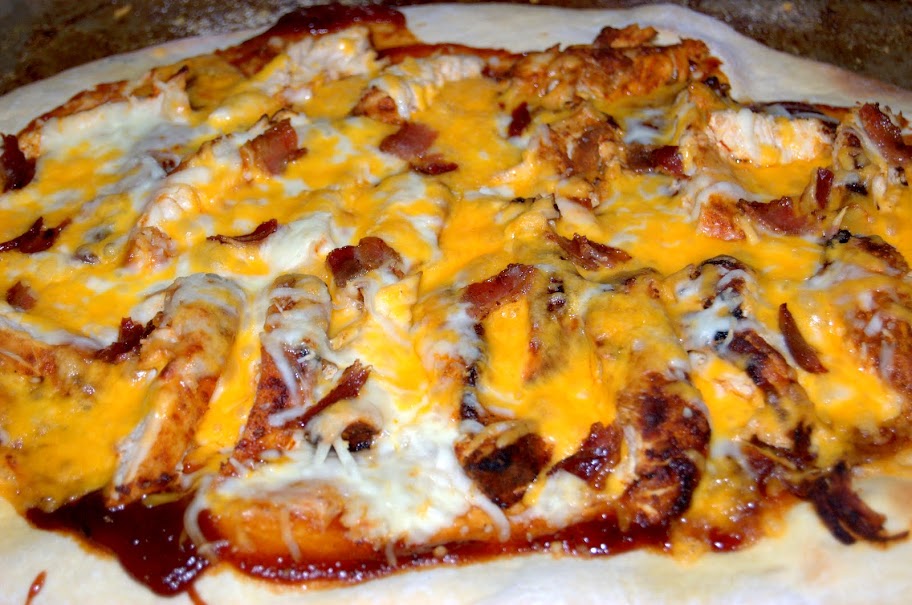 I don’t claim to make sense.

I can now claim to have made pizza crust, though.  And not just any pizza crust, but a very quick pizza crust that comes with a bonus: beer.  The recipe is originally from King Arthur Flour and, I have to say,  as easy as they said it would be.  Also, the taste and texture were great.  It’s the kind of crust that would lend itself really well to a generous seasoning of butter, garlic and parmesan.  Sadly I didn’t think of that til after, but I’m going try it on the next one. 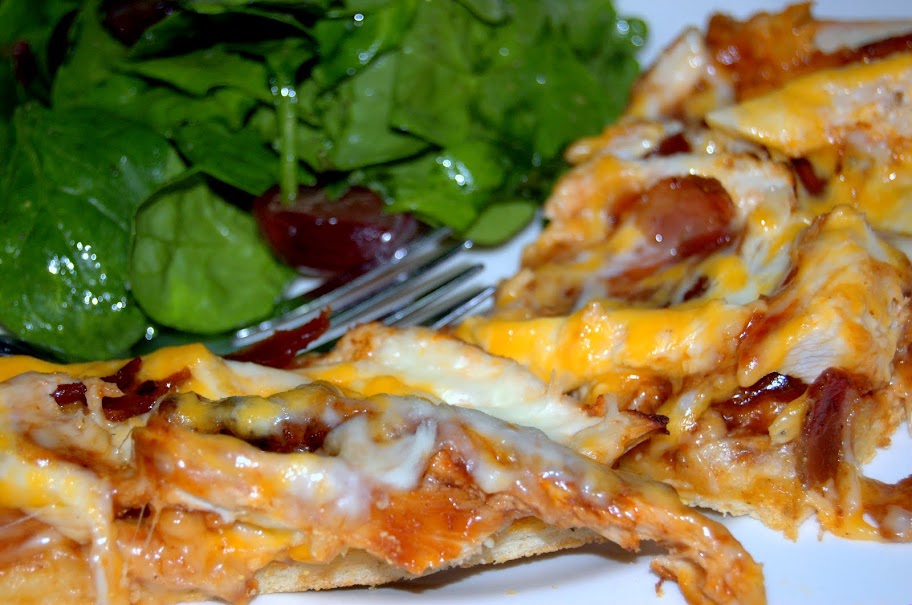 Josh, being the resident beer expert in this house, got to select the beer that went into the dough and he picked Bell’s Oarsman Ale, a sour wheat ale. I didn’t have any “pizza dough flavor” (what is that, anyway?) but I did have a ton of fresh thyme, so I threw several sprigs worth of that in there too.  Also at Josh’s request, I made a bbq chicken pizza with Sweet Baby Ray’s bbq sauce, a blend of mozzarella and cheddar cheese, crumbled bacon and chicken that had been marinated in harissa oil, paprika and chili powder and then broiled.  It was pretty delicious.

I was very happy that the crust was so easy to make.  I’m actually on vacation from work for the next two weeks so I technically had time to try a long, convoluted recipe but I didn’t really have motivation to do that.  With this recipe, I just put everything in my mixing bowl and let the dough hook on my mixer do all the work.  Then I let it rise for a couple of hours, divided it into two, rolled out one half and froze the other.  It cooked in the oven at 450F for about 5 minutes, then I added the toppings and let it bake again for another 12.  And that was it.  Yummm.