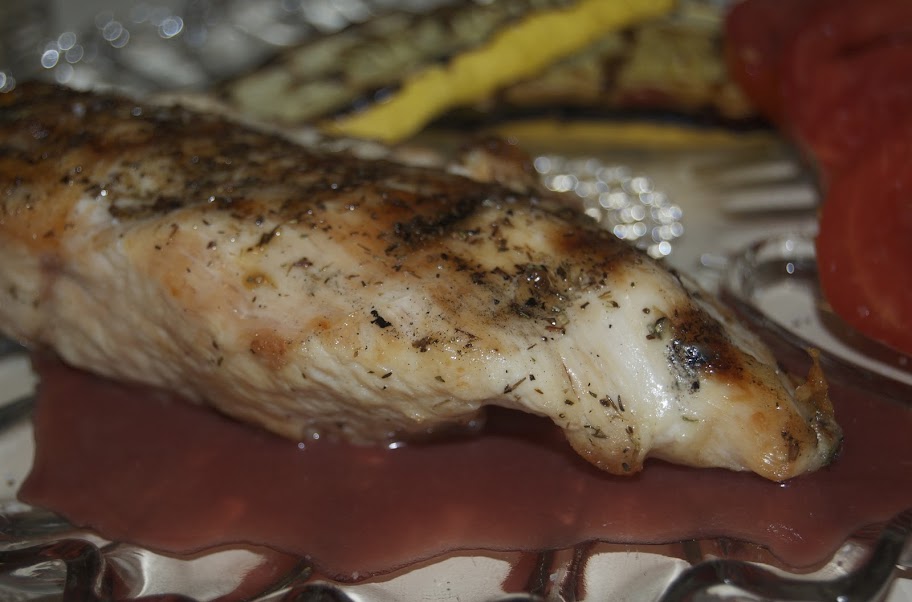 I had some time to waste the other day after work and since it was a beautiful day, I decided to walk down to the Kerrytown Market and pick up something for dinner.  I was thinking, some chicken to grill would be great.  We’d been eating a lot of pork and beef and I was getting kind of bored and it was just the perfect kind of day to break out the new grill again.  I knew we had some lovely, giant summer squash given to us by a couple of friends so all I really needed to complete the meal was an entree and some fresh sliced bread that I could dip in herbs and olive oil.  Yum.  The boneless, skinless chicken breasts in the case at Sparrow’s looked fantastic and I knew just what to do with it.  I still had a few bottles of pomegranate juice from the last case the lovely people at Pom Wonderful sent me (and here you thought I used it all up in those pom-chocolate-mint mojitos), and I had plenty of cream thanks to our weekly Calder’s dairy delivery.  (Yes, that’s right–dairy delivery.  I have a milk man.  I’ll dish more on that in another post later.)  And for some reason, I really wanted to put the two together.

I also had this fantastic cheese I picked up at Whole Foods.  You can probably find it in other places, but I found it there a few weeks ago and we are completely hooked on it.  Like, ridiculously hooked on it.  It’s fantastic in everything–melted on burgers, shredded and stirred into scrambled eggs, eaten by itself…delicious.  It’s a jack cheese from Great Midwest that’s studded with leeks and morels.  Yes.  Leeks and morels.  I know.  You’re drooling right now as you read this.  Go out and pick some up.  You can thank me for it later. 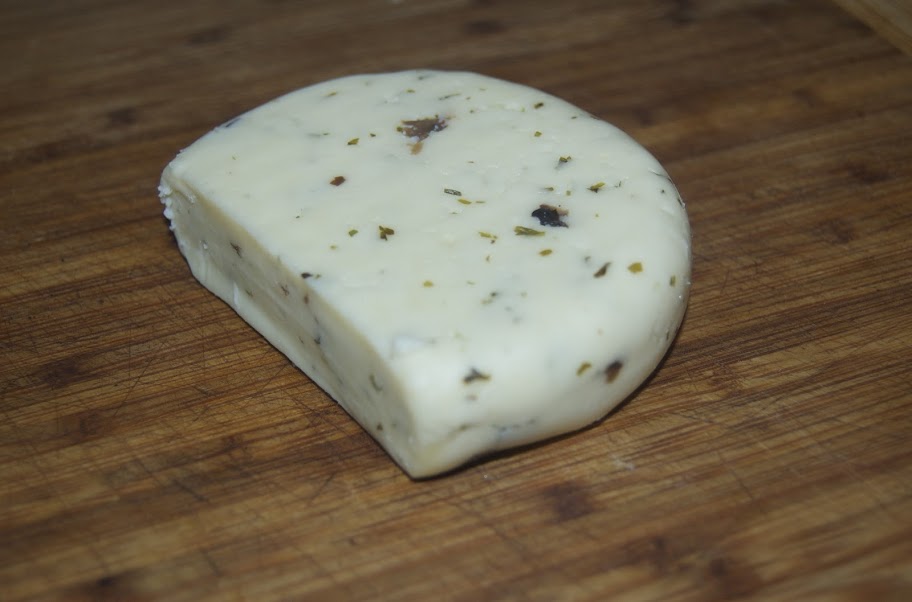 Anyway my grand plan finally came down to this:

And I love it when a plan comes together.  And boy did it. 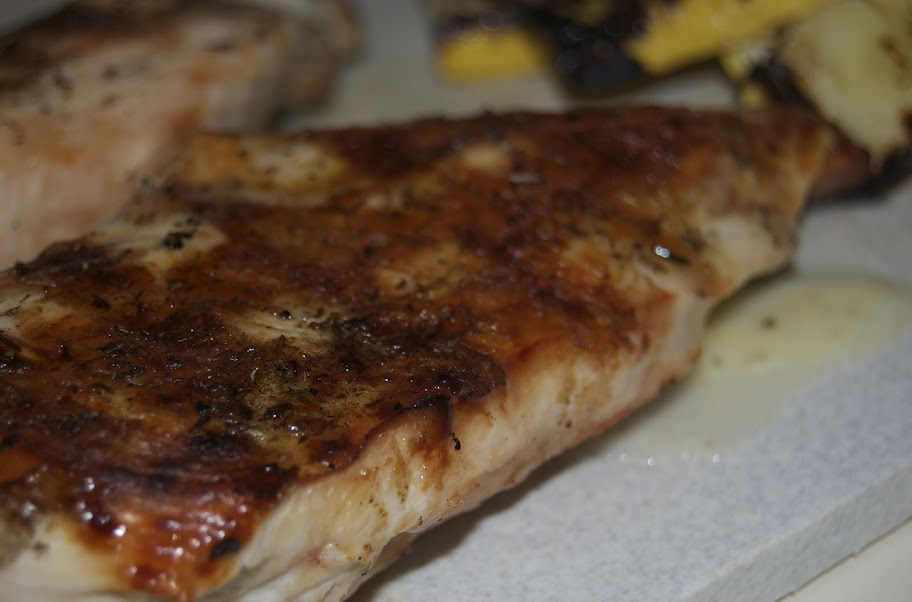 What I did to the chicken was pretty basic: slice each breast in half lengthwise, not all the way, just enough to open a nice deep pocket for the cheese.  Place in one slice, about an ounce worth, of the jack cheese in the middle and fold the chicken breast back over.  Brush with olive oil, salt, pepper and thyme.  Grill to cheesy perfection.  (As a note, I usually start out with the grill on high–I use a gas grill, we can argue about that later–and place the meat on it.  As soon as the meat goes on the grill, I turn the temperature down to medium.  I do this because I want the grates to be screaming hot so that immediately the chicken begins to cook and brown and sort of seal up, and then as the temperature goes down it continues to cook perfectly.  Your methods may vary.)  I also sliced the summer squash lengthwise, brushed with olive oil and placed them high on the grill rack as well.  Then I went into the kitchen to tackle the sauce…

Which took about 5 seconds.  This is one of the easiest sauces I’ve ever made, with a lot of payout—it was delicious, creamy, sweet but not overly so, and Josh actually really loved it.  It went marvelously with the leek-morel cheese, and the chicken and…well, everything.  It would go fabulously with any white meat or fish, I think.  I’m going to try putting it on pasta next…my thinking is to make cannelloni stuffed with shredded chicken or pork and goat cheese and then pour this sauce on top.  I’ll let you know how that goes.  Anyway, here it is: 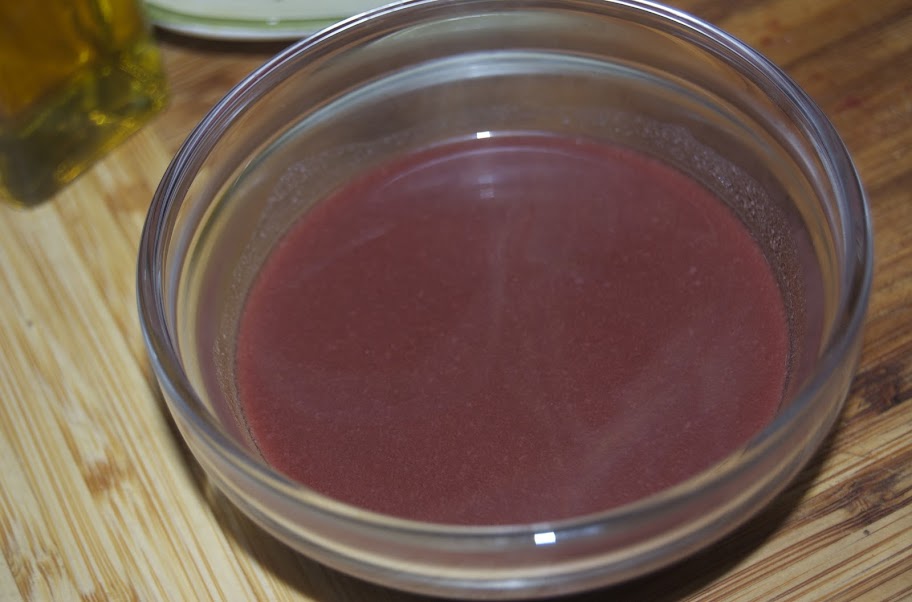 Pour pomegranate and lemon juices into a small sauce pan.  Simmer over medium heat until the juice is reduced down to a third, about 15-20 minutes.  Take off the heat, stir in cream until well combined.  Add in a sprinkling of salt and pepper to taste.  Serve over..anything. 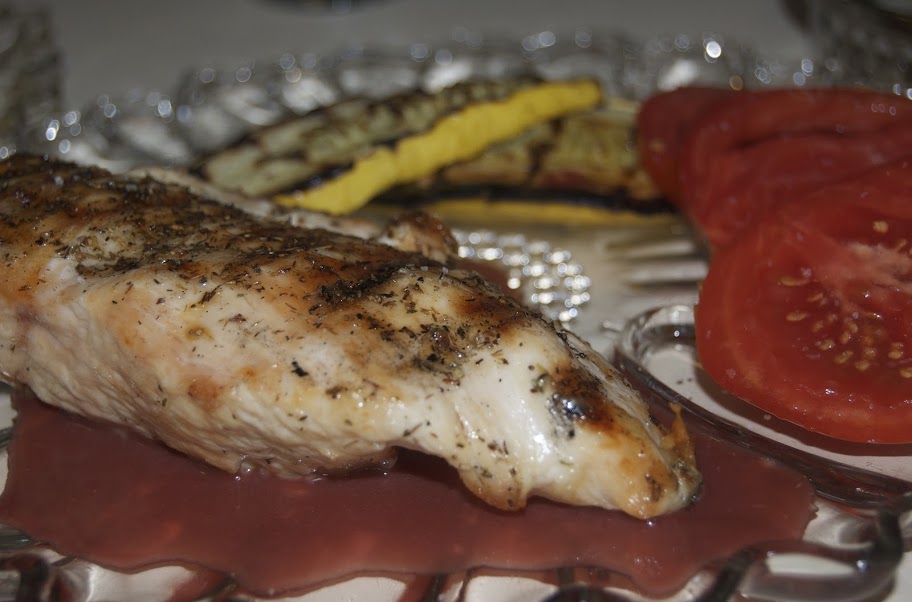 Yep, it’s that easy.  Just serve and eat…maybe with a mojito slushy on the side?