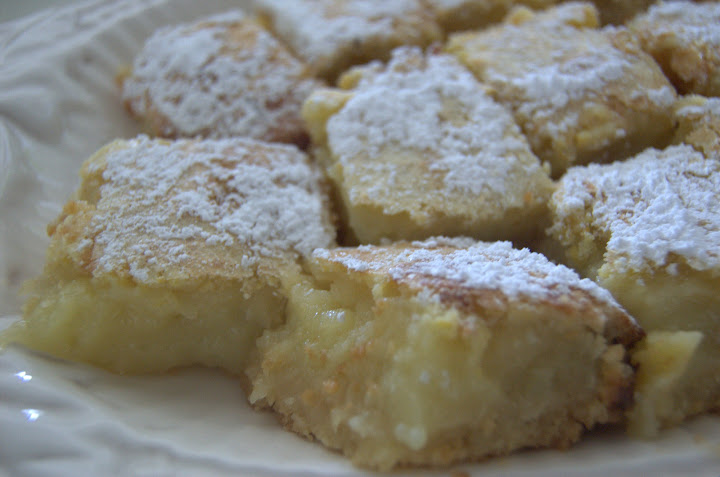 So this lemon walks into a bar.
Bartender looks him over, thinks about it, says,
“You know, I like you.  You got a lot of a peel.”

What do you call a benefit concert for sick lemons?
Lemon aid.

The local bar was so sure that its bartender was the strongest man around that they offered a standing $1000 bet: The bartender would squeeze a lemon until all the juice ran into a glass, and hand the lemon to a patron. Anyone who could squeeze one more drop of juice out would win the money.  Many people had tried over time (professional wrestlers, longshoremen, etc.), but nobody could do it.  One day this scrawny little man came in, wearing thick glasses and a polyester suit, and said in a tiny, squeaky voice, “I’d like to try the bet.”  After the laughter had died down, the bartender agreed, grabbed a lemon, and squeezed away. Then he handed the dried, wrinkled remains of the rind to the little man.  But the crowd’s laughter turned to total silence as the man clenched his fist around the lemon and SIX drops fell into the glass.  As the crowd cheered, the bartender paid the $1000, and asked the little man, “What do you do for a living? Are you a lumberjack, a weight lifter, or what?”  The man replied, “I work for the IRS.” 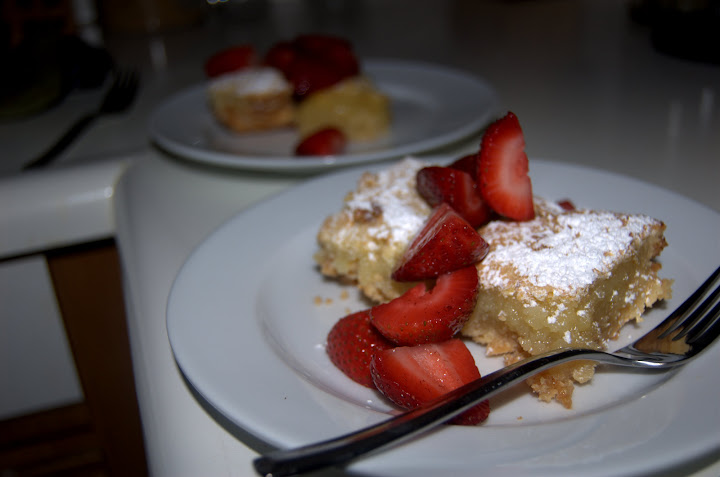 Preheat the oven to 350 degrees F.

For the crust, cream the butter and sugar until light in the bowl of an electric mixer fitted with the paddle attachment. Combine the flour and salt and, with the mixer on low, add to the butter until just mixed. Dump the dough onto a well-floured board and gather into a ball. Flatten the dough with floured hands and press it into a 9 by 13 by 2-inch baking sheet, building up a 1/2-inch edge on all sides. Chill. 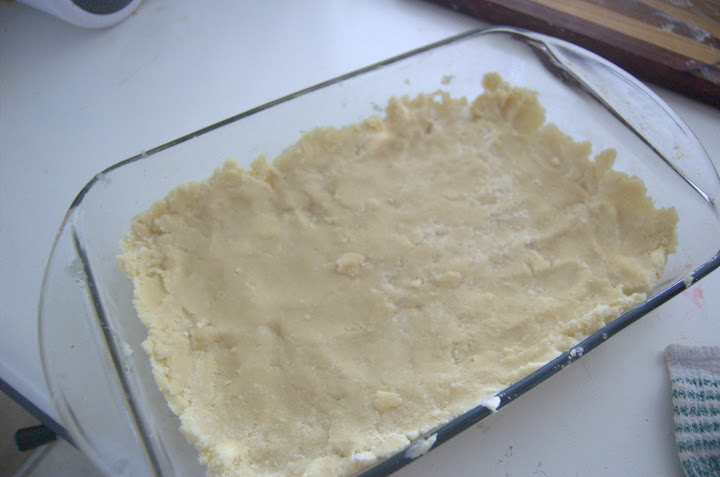 Bake the crust for 15 to 20 minutes, until very lightly browned. Let cool on a wire rack. Leave the oven on. 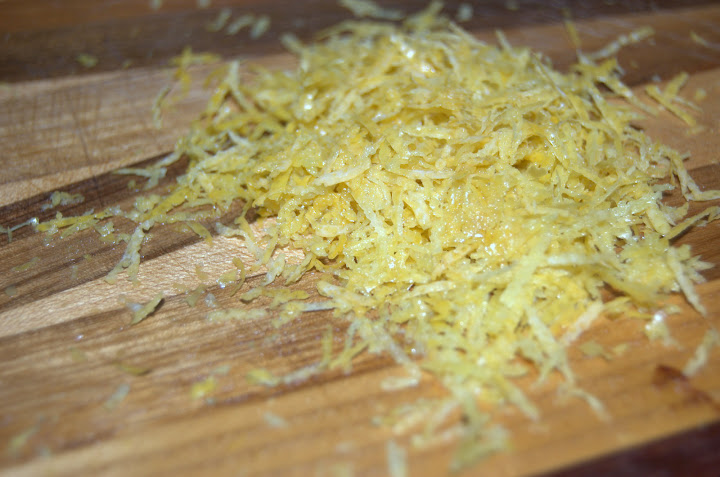 For the filling, whisk together the eggs, sugar, lemon zest, lemon juice, and flour. Pour over the crust and bake for 30 to 35 minutes, until the filling is set. Let cool to room temperature. 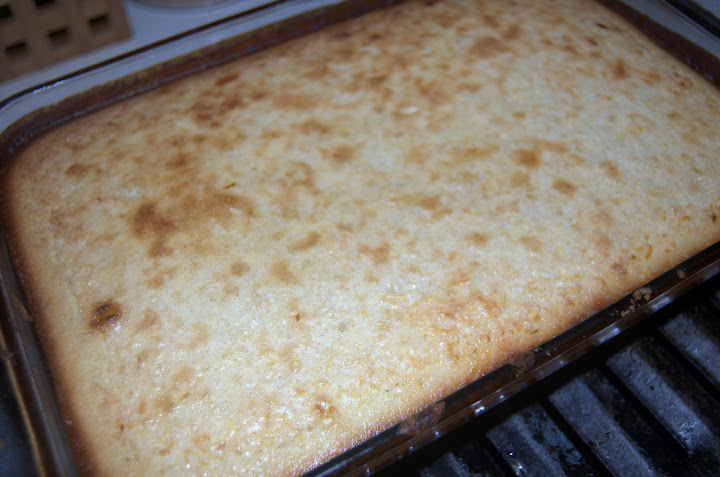 Cut into triangles and dust with confectioners’ sugar. 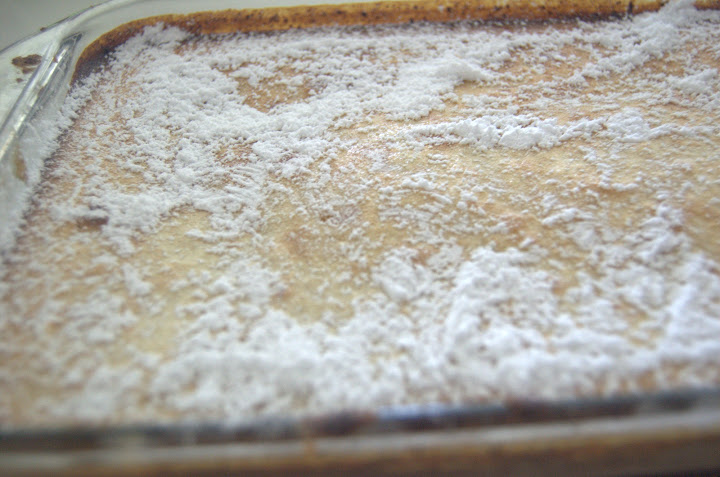 Eat!  For extra deliciousness, I macerated some strawberries in sugar and poured them over the top. 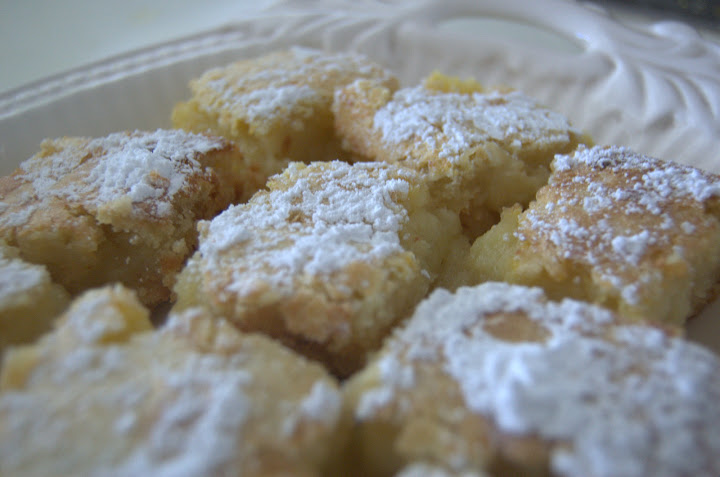 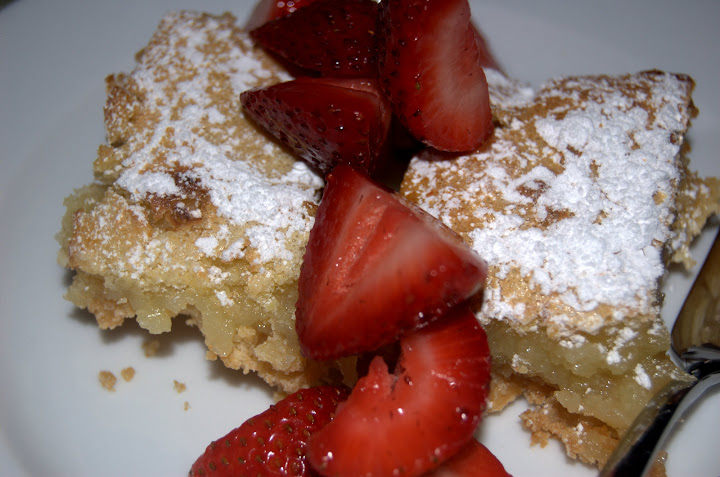 5 thoughts on “Lemon Bars, or How Many Lemon Jokes Have You Got?”