I spent two days this weekend digging and playing around in a bed of chocolate.  Chocolate mulch, actually.  I was gardening.  It still smelled delightful.  It somewhat mitigated the hot, hard work of digging and planting.  Of course, afterwards, my sore muscles really wanted a nice hot bath.  So much so that as I was making dinner, I was a little jealous of the tomatoes in this sauce. 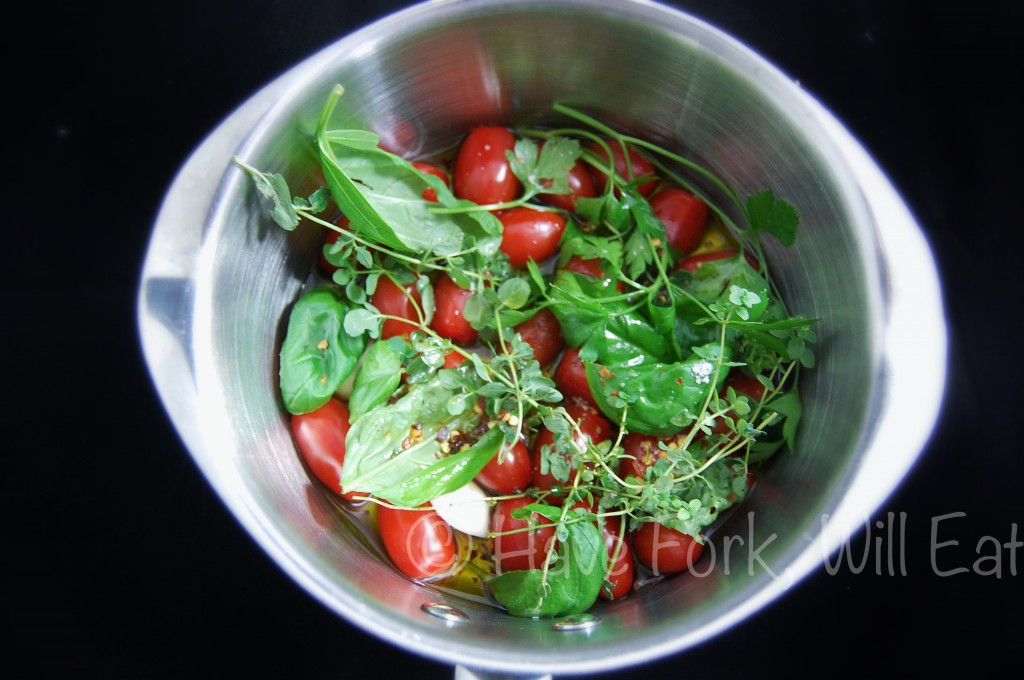 I mean, look at those little red balls of tastiness bobbing in a warm, simmering olive oil bath.  That’s the life right there, surrounded by fragrant, relaxing herbs.  Isn’t that just the life?

So this sauce is delicious and it only takes 20 minutes to pull together.  It could work on pasta, pizza, poured over grilled meats and veggies or just dip your bread in it.

I used it to make zucchini pizza.  Take a few zucchini, cut them in half lengthwise and scoop out some of the flesh.  Then pile on some toppings–I do cheese, a couple layers of pepperoni, the sauce and more cheese.  Then put them on a cookie sheet and bake them for 350F for 30 minutes.  Voilà.  Crust-free, zucchini pizza with delicious homemade sauce. 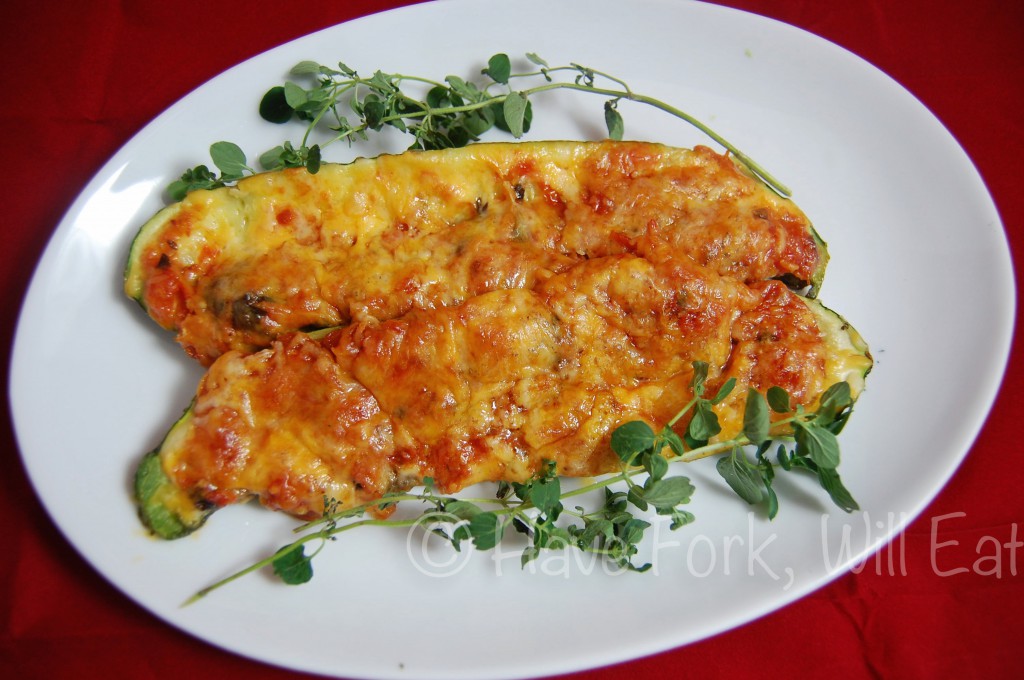 3.1
http://haveforkwilleat.com/2013/08/olive-oil-poached-tomato-sauce-and-zucchini-pizza/
© Have Fork, Will Eat 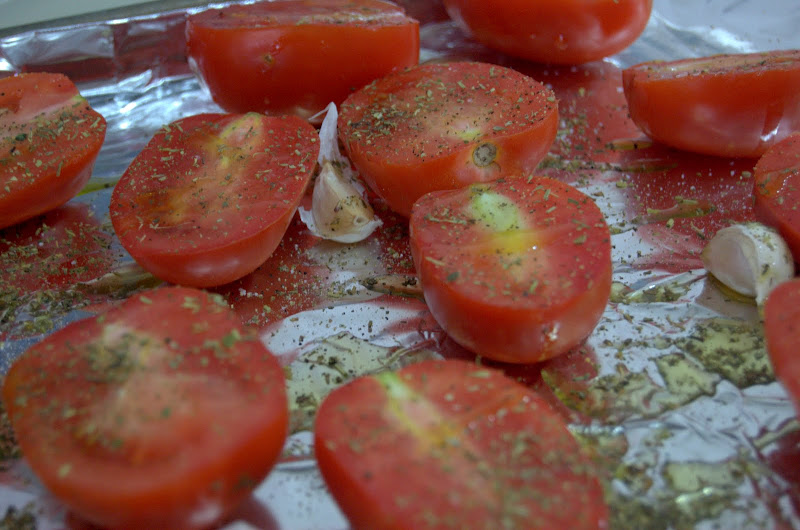 Now, I may never teach you to like math–I’m not even going to try; after all, this is “Have Fork, Will Eat” not “Have FOIL, Will Calculate.”  I will, however, try to prove to you that not only is cooking not hard but it can also make basic math terribly tasty like these delicious make-ahead recipes that can be added to future meals for a nice boost of flavor and are easy to multiply and divide so you can make as much or as little as you want. END_OF_DOCUMENT_TOKEN_TO_BE_REPLACED 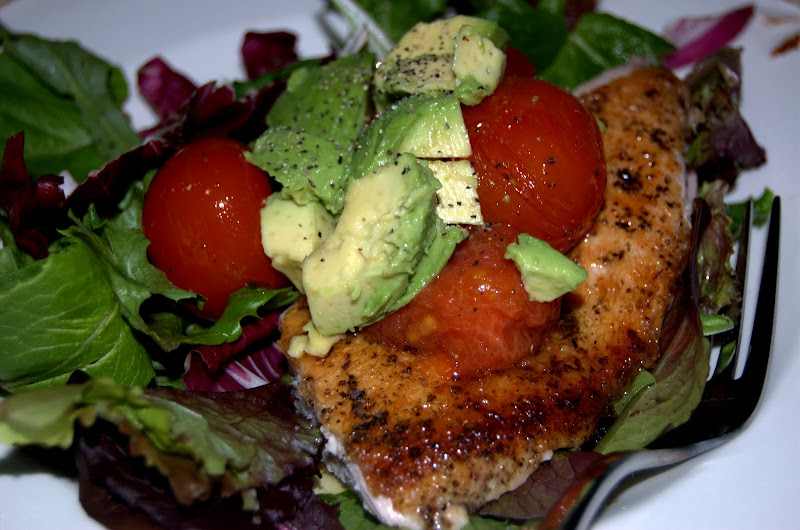 Why did the chicken cross the road?  To get to the rooster sauce.  At least, that would be my goal.

Like most people who pray at the altar of spicy food, my favorite edible deity is srircha sauce, or rooster sauce as it’s sometimes called (check out the bottle).  It is amazing, not just because it’s hot—and it’s hot—but because it’s packed with flavor.  I love hot sauce (have you tried making it?) but the thick, complex taste of sriracha is a perfect accompaniment to a lot of things, like pasta sauce.  It is also, I’ve discovered, an excellent addition to a meat brine.

Josh is a big fan of brining for two main reasons: 1) it gives poultry a much better flavor and more moisture and 2) he likes to do science to things and brining is really easy science.  As I explained in the brining pork ribs post,

If you don’t know, brining is the process of soaking meat in a salt solution that’s generally spiked with herbs, spices and other flavorings, for a few hours or overnight.  It tenderizes, moistens and flavors meat, making it really great for drier cuts of pork and poultry, in particular.