Mac & cheese is one of the happiest dishes there is.  I know what you’re thinking: “That’s just like…your opinion, man.”  Well, it is.  And I love it when I’m right. 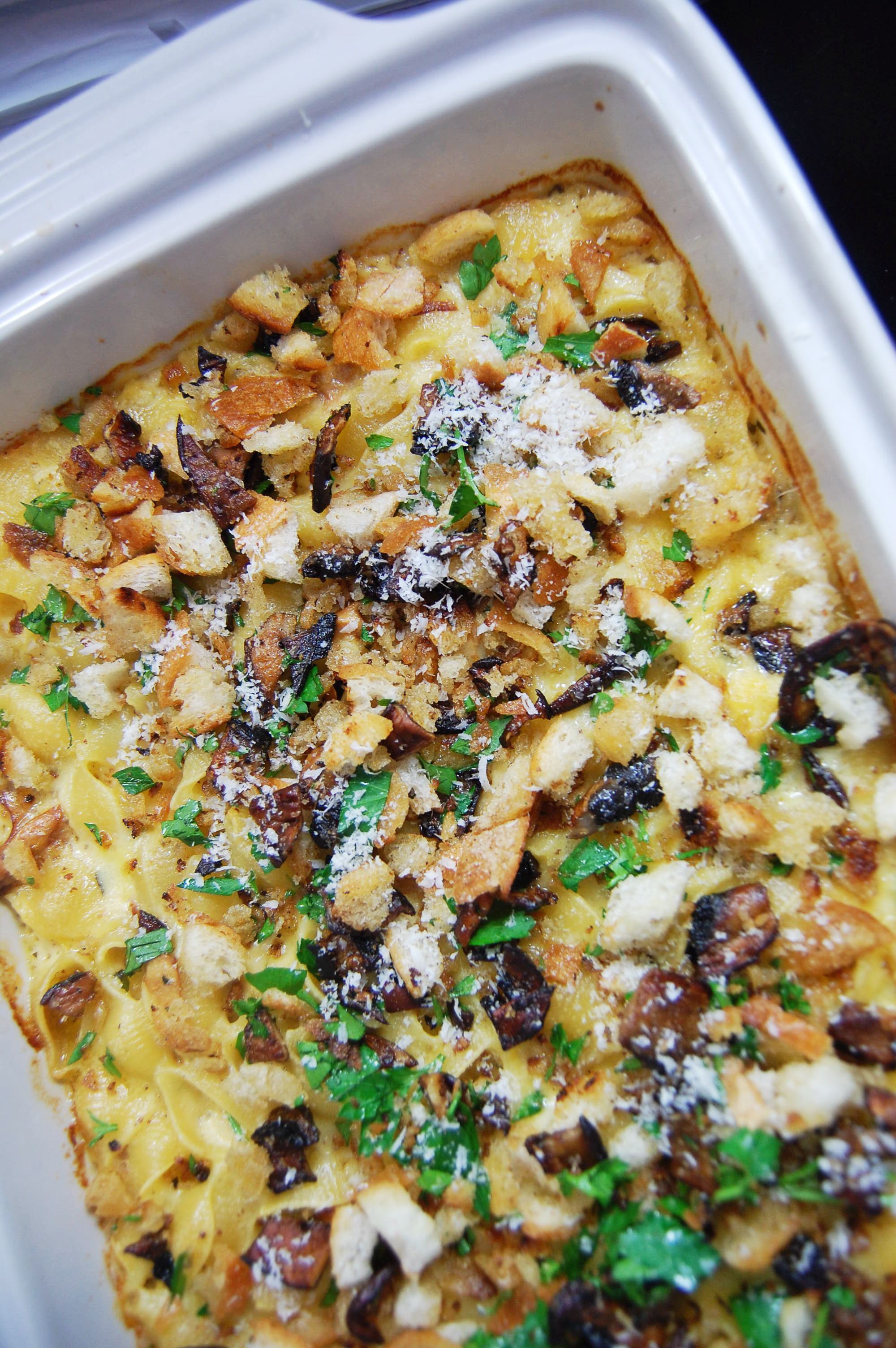 This one is particularly good because it’s full of mushroomy deliciousness.  I found chanterelles on sale and used those, but you could use any mushroom.  You’re probably better off with cremini or button mushrooms.  To heighten the flavor a bit, you might consider roasting the mushrooms first, or swapping the cheddar to something lighter like Doux de Montagne.

But especially great with this is the topping: a crumble of french bread, parsley, parmesan and chopped portobello “bacon.”  Which isn’t real bacon, obviously, and for meat-eaters, it won’t be the same.  It will, however, be delicious and an acceptable breakfast side for anyone, vegan or otherwise, as well as a great way to add some meaty, smoky elements into this dish while still keeping it vegetarian-friendly.  I got the idea for the portobello bacon from a friend, who introduced me to Libby Pratt’s blog. 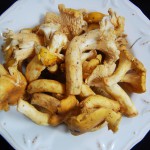 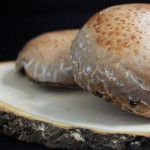 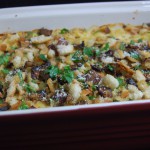 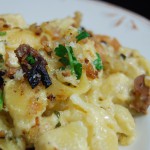 For the mac:
For the topping

Make the mac
Make the topping

3.1
http://haveforkwilleat.com/2013/12/mushroom-mac-cheese-with-portobello-bacon-and-french-bread-crumbles/
© Have Fork, Will Eat