I asked her to write down her cordial recipe and she looked at me, slightly panicked, and said she can’t–her hands are too arthritic; she can’t grasp a pen very well.  “That’s ok,” I said.  “I’ll write it down and you tell it to me.”  I sat down on the floor at her feet, in front of the wood stove.  My friend Lisa, who was visiting with me, sat on a chair on the opposite side of the stove.  I opened the notebook, balanced it on my thigh, turned on the pen and pressed its tip to the record button at the bottom of the page.

My grandmother died this weekend.  It wasn’t unexpected, but it hurts.  I can still see her, sitting in her favorite chair, being hilarious.  She was hilarious, generous, stubborn and I can definitely see her in her children and grandchildren, myself included.  She was my last remaining grandparent, and the only one I’ve had the privilege of getting to know as an adult; I loved her dearly.  She was a great influence on me. 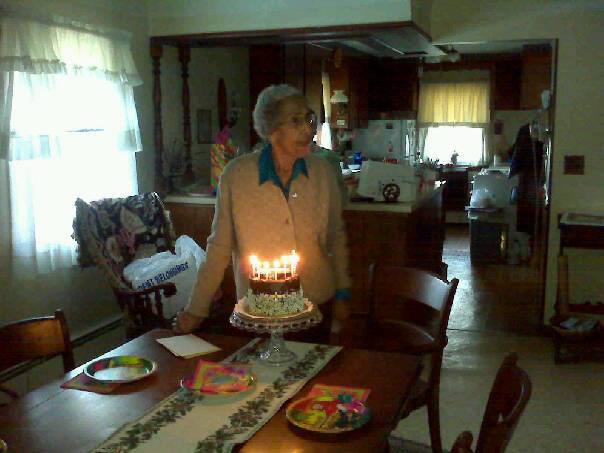 She also made a mean cordial.  It’s a simple thing–you take fresh berries, some sugar and a lot of booze and throw them together in a jar–but delicious and I’ve associated it with my grandmother for as long as I can remember, along with a honey-whiskey toddy, freshly made lemonade, poundcake, and bread and butter pickles.

I decided one day earlier this year that I wanted to record her giving her recipe for the cordial.  I wanted more than just the memory of her saying it, I wanted to hear her long after she was gone.  Now that she’s passed, I’m so glad I did.  I only wish I had recorded more.

With the Livescribe pen, you can write and record both your writing and any audio at the same time.  Wirelessly, that gets transmitted and saved to my Evernote account, where I can share it with the rest of my family.  I can listen to the recording from my Evernote notebook, or I can tap the pen on the notebook itself and hear it.

It would have been better if she’d been able to write it herself–I always liked her handwriting.  Mine, with the notebook balanced slightly on my thigh, was not so great.  The entry certainly isn’t perfect.  Halfway through the ingredient list, she realized she was remembering it wrong– so things are crossed out and written over and messy.  But even moments later, when I climbed into Lisa’s car and opened the notebook and listened to the recording, it made me smile.  It was so very authentic and wonderful.  It made me want to do this with everybody I love.

I created a blueprint for a project I call an audio-annotated cookbook.  So far, I’ve given my Livescribe pen and notebook to a few friends and family and had them record their favorite recipes.  It captures their handwriting, their voice, and their personality in a way that I never could before, and helps me create a truly unique cookbook that is more than just the text of the recipe.  It’s not perfect–it’s messy and sometimes we stumble in the writing or over words, but that just makes it all the more dear to me.

Don’t get me wrong–you could do this in a number of ways.  You could write the recipes and scan them in and attach an audio file.  You could write on a tablet and use an app that will record audio and match it to the notes.  I liked the pen for this because it’s simple,  it can be used anywhere, and it saves the recording to a place I trust.  But I don’t think it really matters how you do it.  I just think you should do it.  I kept thinking I would have more time to record more of her recipes, but I didn’t.  You can’t really do anything about that.  But you can take steps to preserve the people and culture that you love, even in little ways.

I wish I’d thought of this project years ago.  It’d have captured so many stories, from so many people.  But I’m thankful that I have the opportunity to do this with my grandmother, to capture a moment we shared together.  To capture a piece of her. 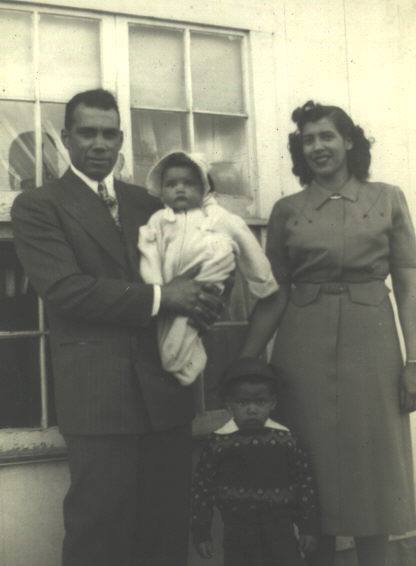 My grandfather and grandmother, Albert and Frances Harris

I’ve pasted a link below to my grandmother’s recording.  It makes me smile just to listen to it; it’s only fair that I share that smile with as many people as possible.  Just a note–I accidentally pressed ‘stop’ in the middle, so the recording is in two parts.  When the first part finishes, the second part will automatically load.  Click the play button again to get it going.

2 thoughts on “Food for the Soul: A post for my grandmother”