It snowed last night.  I don’t know if it had even frosted yet but last night, it snowed.

It’s made my husband terribly happy.  He’s a weird, cold-loving polar bear who has somehow managed to squeeze himself into a very convincing Josh-suit.  He loves the fact that it rained and then snowed last night, even though it froze the car doors shut.

Me?  I like the snow just fine, I suppose…as long as I’m laying in my warm bed (flannel sheets for the win!).  Or snuggled on the couch with a mug of cocoa watching How I Met Your Mother or American Horror Story.  Or basically not anywhere near the outside.  If it were possible to safely and inexpensively induce hibernation in people…I would do it.  In a heartbeat.

But alas.  I live in Michigan and snow is a thing.  Winter is real.  It’s not just a Game of Thrones meme anymore. 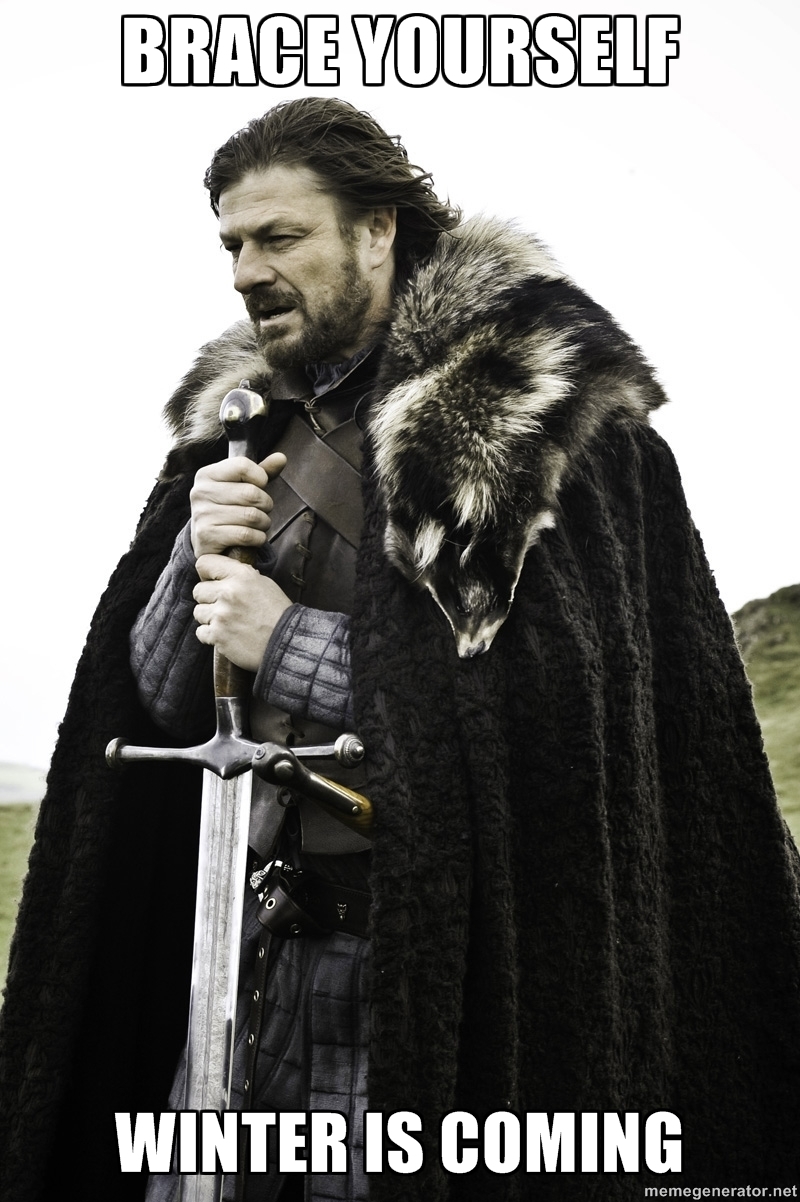 My only weapon against it is flannel sheets, fuzzy socks, and an arsenal of warm, heavy comfort foods.  I have decided this is going to be the Winter of the Comfort Food, officially.  Last week was lasagna.  I’m still working on perfecting it.  Then pumpkin pie.

This week, I turned my attention to pot pie.  I love a good chicken pot pie.  It combines my top comfort food (chicken stew) with pie crust.  There is literally nothing to not like about that.  And when made in ramekins or small baking dishes, you get single-sized portions.  Easy for distributing, and repackaging, and taking for lunch the next day. 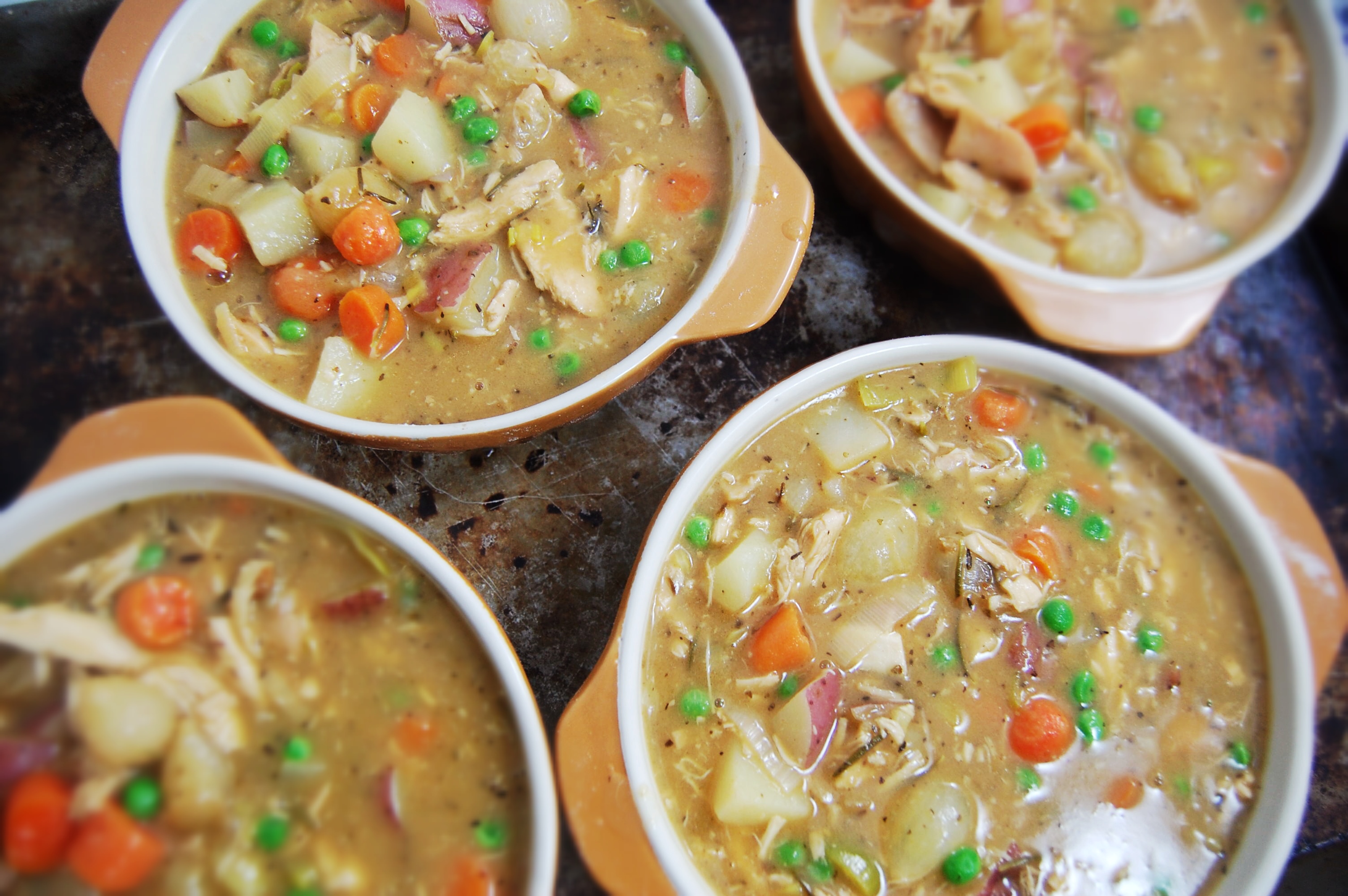 I spent less than half a day making these, all told.  It seems like a lot, but most of it is “put it in the oven and let it do it’s thing” time.  I roasted the chicken, made the pie crust, cooked the stew…did everything except make stock.  I used store-bought because I didn’t have any on hand, but homemade would make it even more awesome.  It was a great way to spend a cool fall day.  It’ll be a great way to pass the winter ones too. 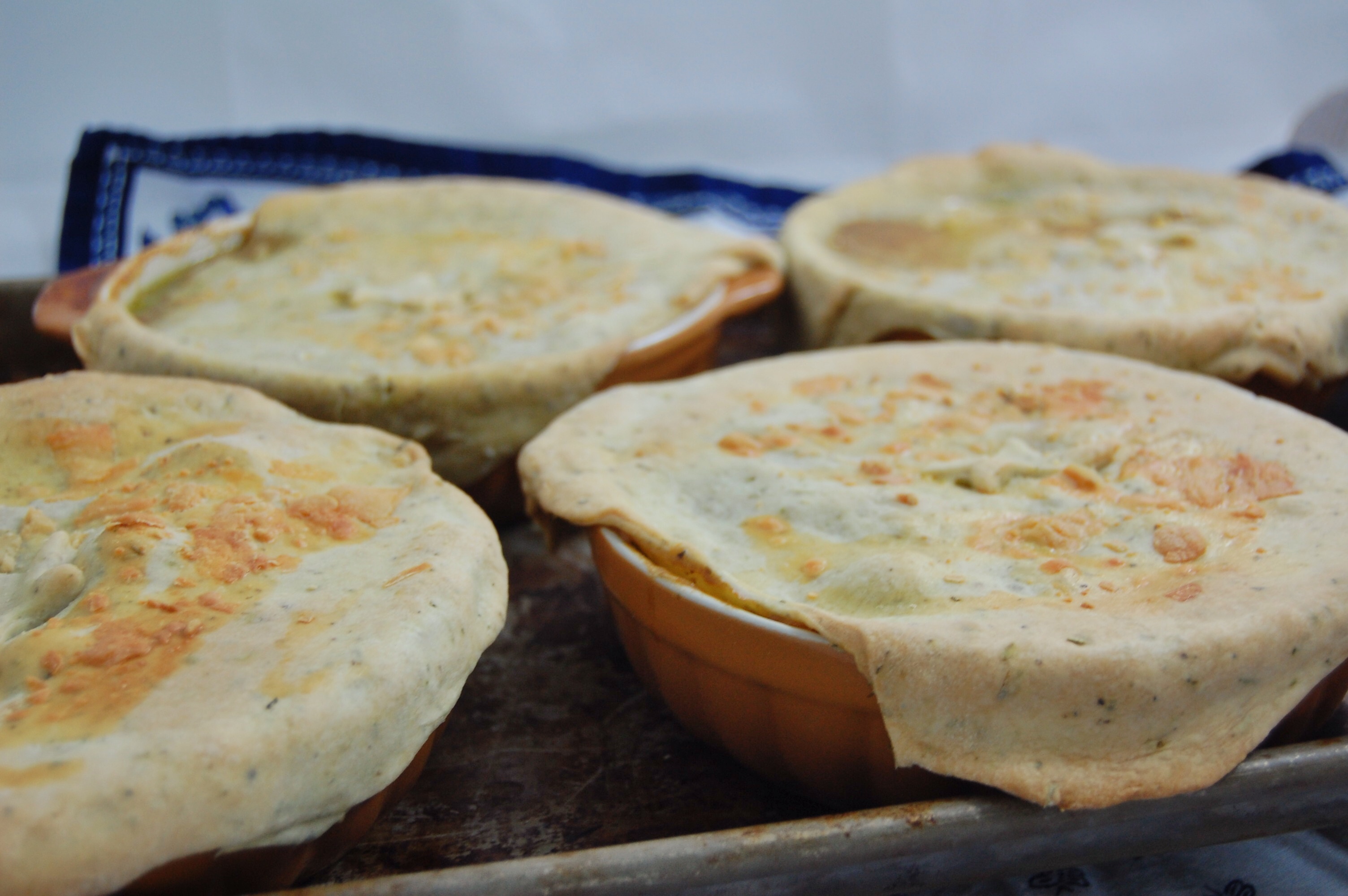 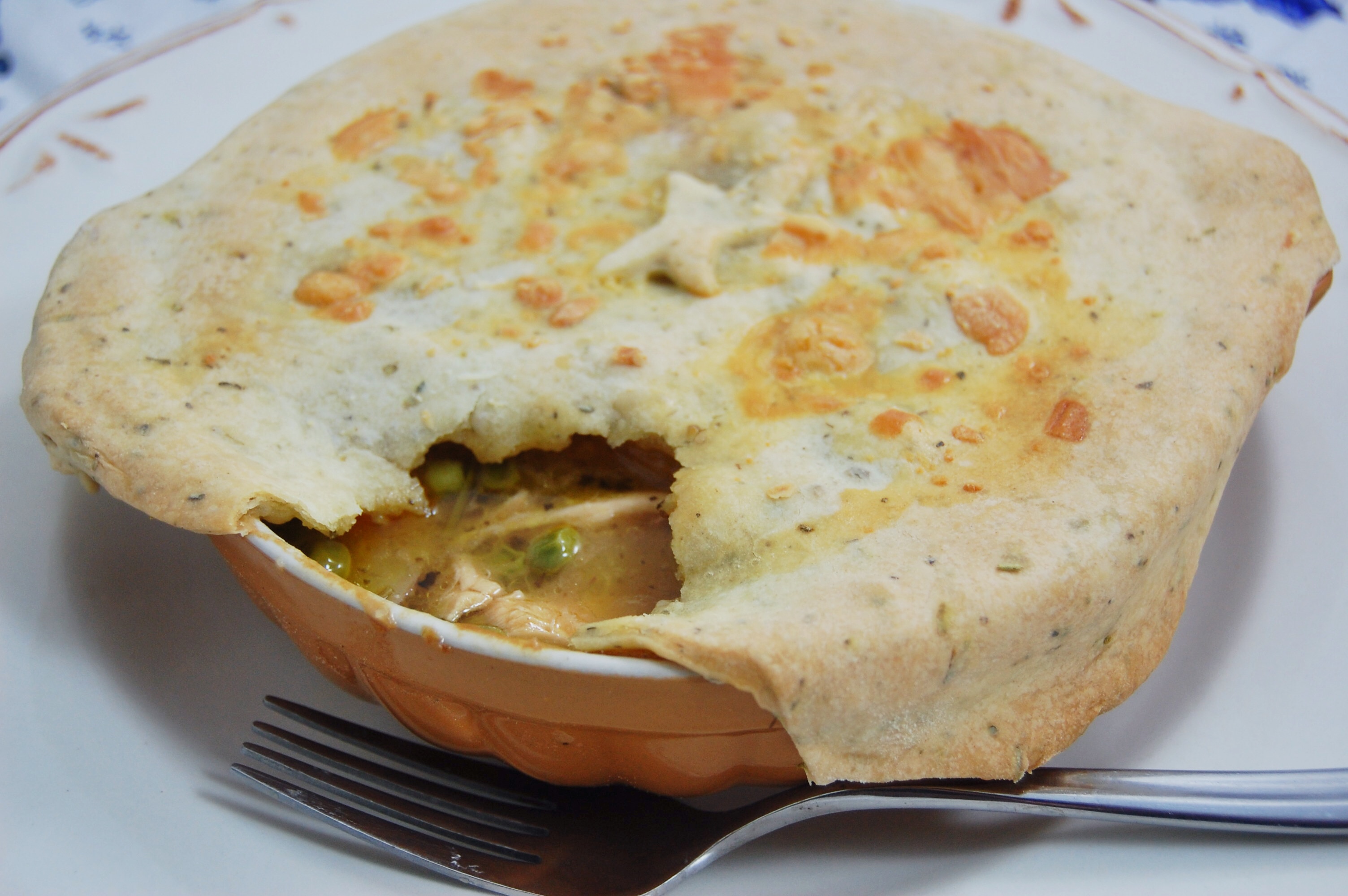 For the crust
For the chicken
For the filling