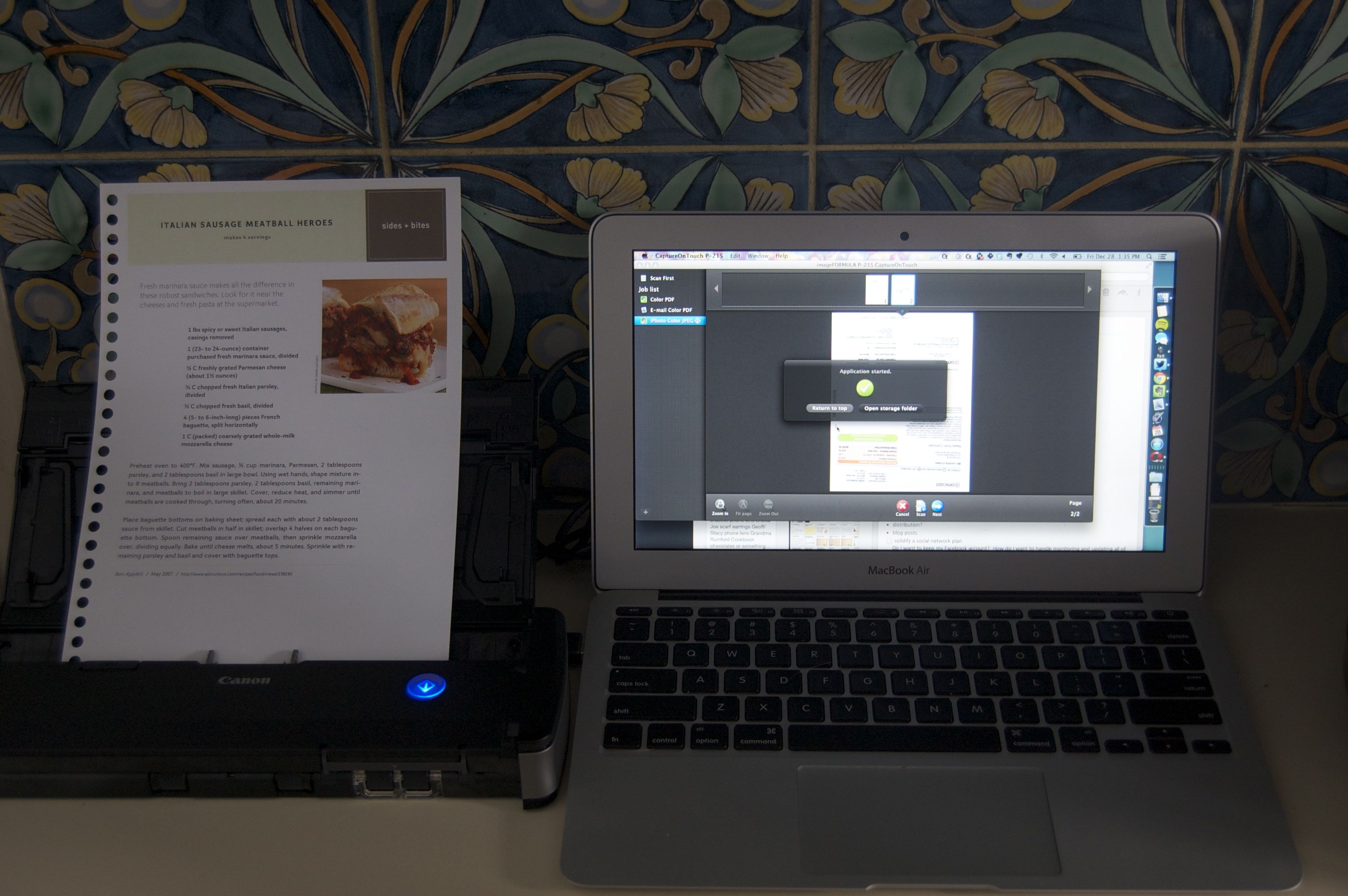 It’s almost that time again.  Out with the old, in with the new, creating resolutions that may or may not change your life, or at least your habits for three weeks.  All that jazz.  My cooking resolutions include a complete redo of my pantry, creating a full kitchen inventory system,  learning to make pastry cream, committing random acts of cupcakes, taking some more cooking classes and perfecting a barbecue sauce recipe.  I also intend to not burn down my kitchen.

I know what you’re thinking: she’s kidding.  I am, of course, but only mostly; after all, we (and by we, I mean Josh) did melt the counter a little bit once while brewing beer.  But besides that, as I’ve been cleaning up in preparation for my pantry renovations, I’ve realized just how much crap I keep in my kitchen.  And not just normal cooking and baking supplies, but general stuff.  Paper-y stuff.  Letters and coupons and tear-outs from food magazines and receipts and bills and vet stuff for the dogs and packets of info from all of Josh’s commitments and blah blah blah.  It gets stacked on the counters or on the table, or stuffed in the third drawer by the doorway (lovingly dubbed the appliance manual drawer). 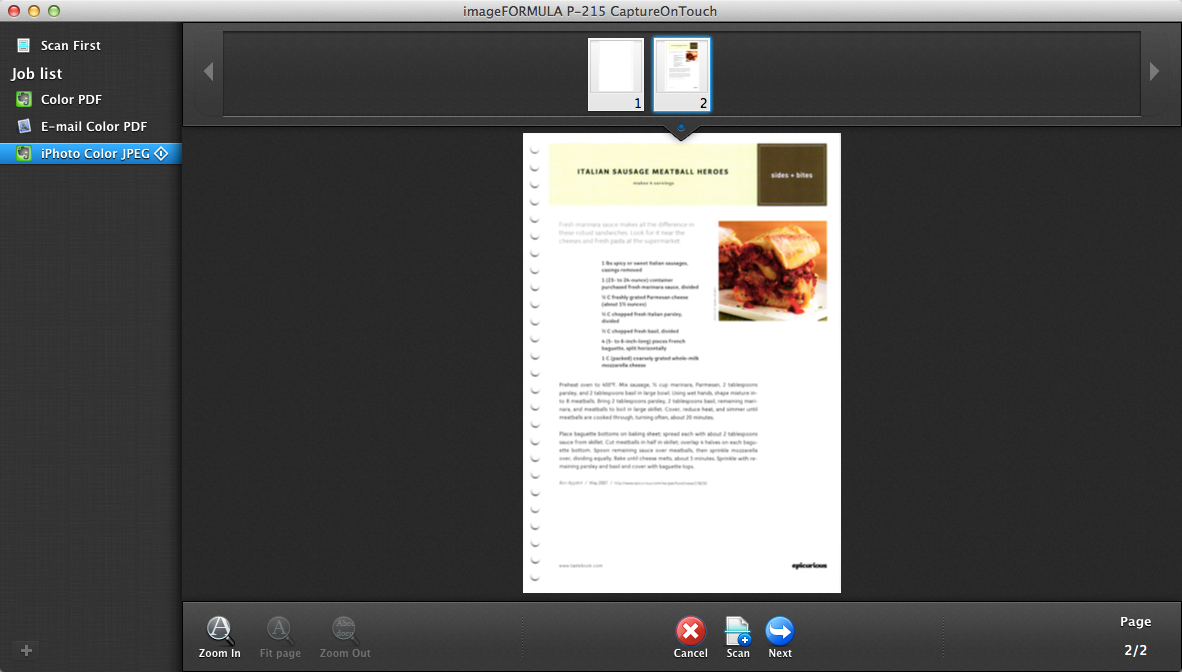 Going paperless is a big deal these days (just ask Evernote guru Jamie Rubin) but I often think of that in terms of my office, not my kitchen.  But there’s a lot to be said for being able to sort the mail that comes in and gets trapped, or finally organizing all those appliance manuals that you swear you’ll read every time you get a new gadget, or protecting Grandma’s beloved handwritten sour cream pound cake recipe from the inevitable splatters and food sprays of the kitchen. 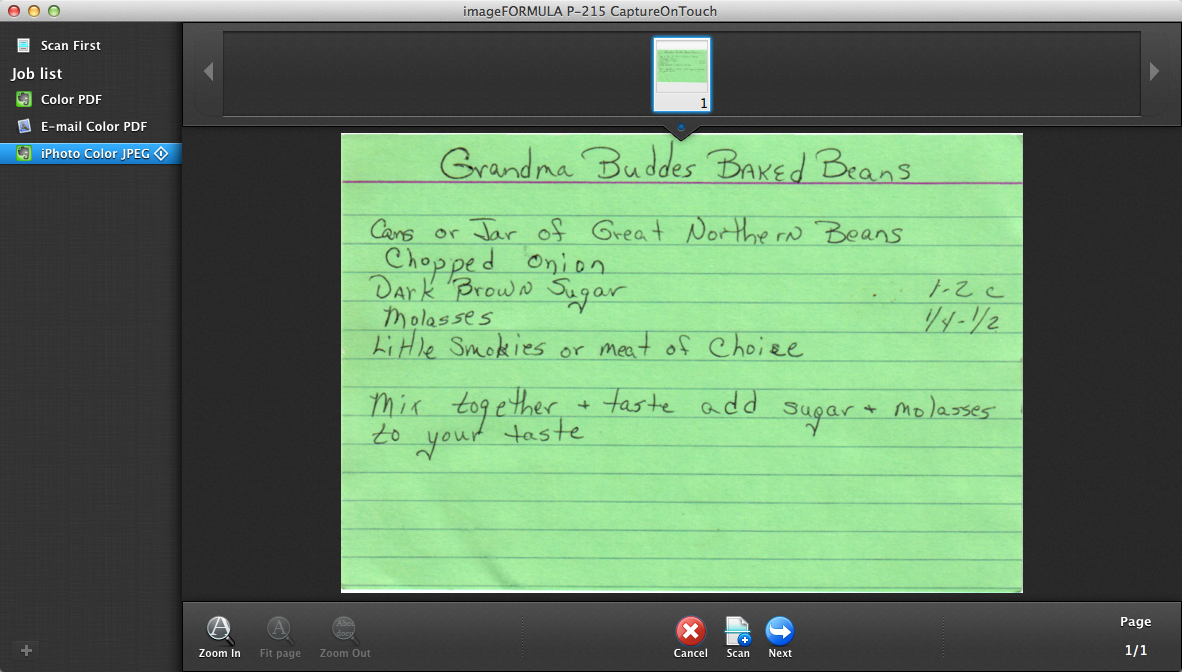 So I’ve begun taking back my kitchen from extra clutter with one tiny device: a portable scanner.  I only have to sacrifice a tiny bit of counter space and in return, I get an organized life, cleaner drawers and tabletops and less fire hazards in my kitchen! 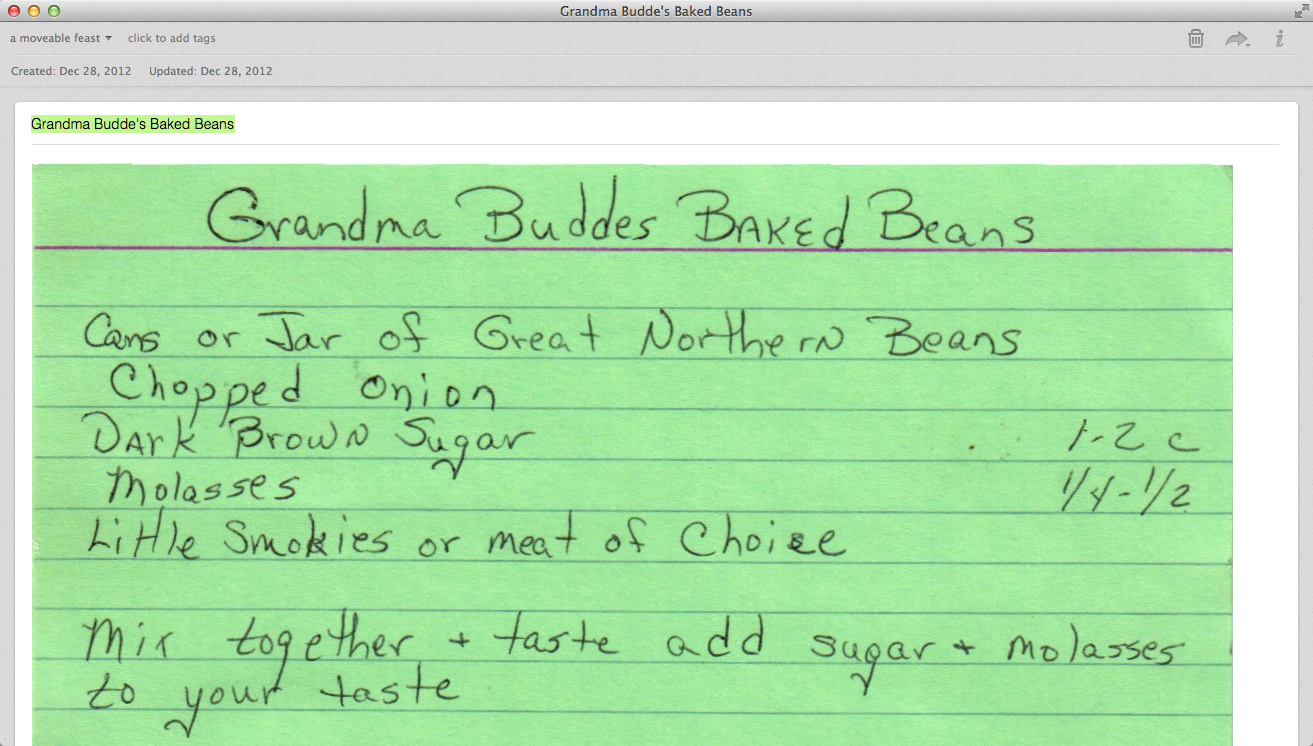 [note color=”#cfded3″]To spread the joy that is the paperless kitchen lifestyle, Canon has graciously donated one of their portable scanners, the ImageFormula P-215, to give to one of you lucky readers. All you have to do is leave a comment between now and 11:59pm on New Year’s Eve at the bottom of this post telling me one of your kitchen goals for the new year. On New Year’s Day, I will announce the random winner. [/note]

17 thoughts on “New Year’s Resolution: A “Fireproof” Kitchen and a Canon Scanner Give-Away!”