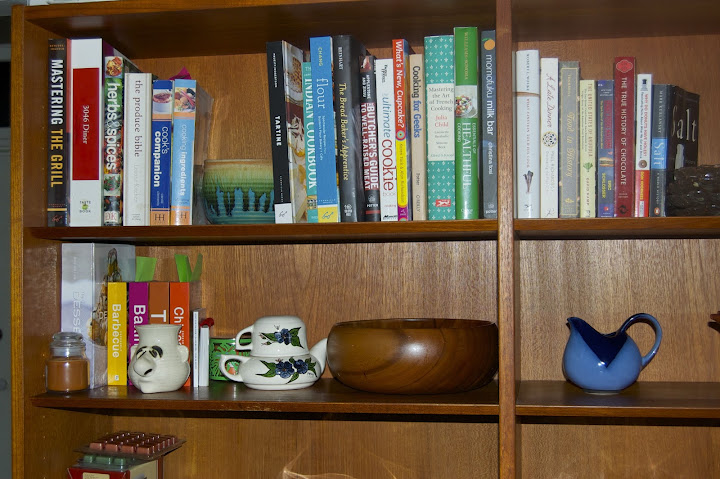 I don’t know about you but now that Thanksgiving is over, I am going full-speed into Christmas prep.  Why?  Pure survival.  December is a crazy month and I need to start early if I’m going to get anything done.  I mean, there’s so much delicious baking to do!

The keys to holiday success are simple: Be positive. Have fun. Stay organized.

We’re going to focus on that third one today.  I am all about an organized kitchen life.  It helps me feel more control, rather than devolving into culinary chaos, which helps me enjoy my time in the kitchen more.  Also, it means I get more cooking and baking done and that’s never a bad thing.  And I want to help you do the same thing using the best friend a home cook could possibly have: Evernote.

In this little episode of “Eating with Evernote,” I’m going to help you take one baby step towards organization, and one giant leap towards a happer kitchen.

How to “Digitize” Your Cookbook Collection with Evernote

If you’re like me, you use Evernote to store and track recipes you’ve typed in, scanned or clipped from online, which is great.  But what about all those physical cookbooks you have oh-so-neatly stacked in your kitchen and adjoining rooms?  They’re fabulous–tons of recipes, bright, colorful photos, earmarked pages you’ve flipped through over and over.  But how can you get the most mileage out of them?  I mean, with digital recipes in Evernote, a quick search or browse through tags can show you every recipe you’ve got…in Evernote.  How can you easily search a few dozen physical cookbooks?

Here’s how.  This simple project can be done within a couple of hours on a weeknight or a Sunday afternoon (unless you have a bookstore worth of cookbooks.  If that’s true…I may be a bit jealous.  Kudos).

Smartphone Version:
Grab a stack of your cookbooks. 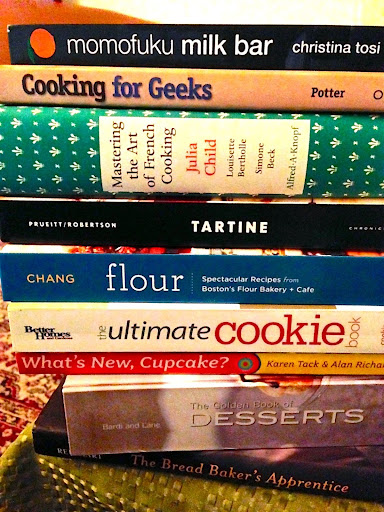 Grab your smartphone and open the Evernote app. 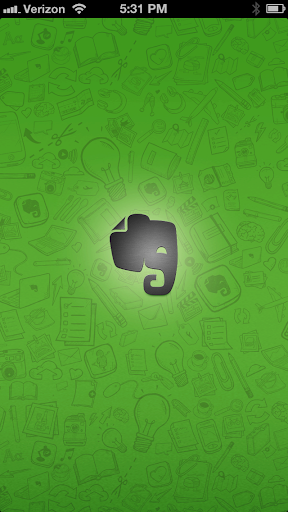 Click on the camera icon to create a new photo note. 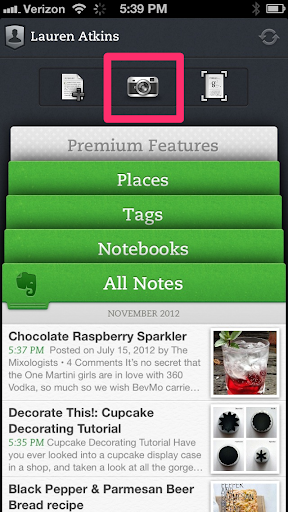 Grab the first cookbook on the stack.  Take a picture of the cover. 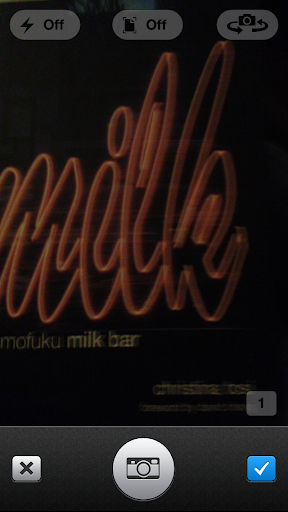 Take a picture of the table of contents (if there is one that lists every recipe) OR the index at the back of the book.  (Protip from my friend Jim, an Evernote programmer: Use the page camera (the button to the right of the camera button in that second screenshot above) for black text on a white page will generally result in a better image because it will do some cropping, color adjustment and noise removal.  It may crop a bit too much so just play with it a bit.) 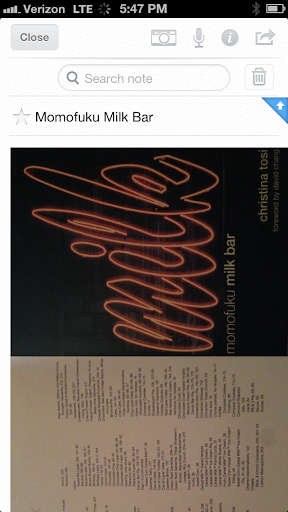 Title your note with the name of the cookbook and put it in a notebook–either your usual recipe notebook or in a specific “Cookbooks” notebook (which is what I do). 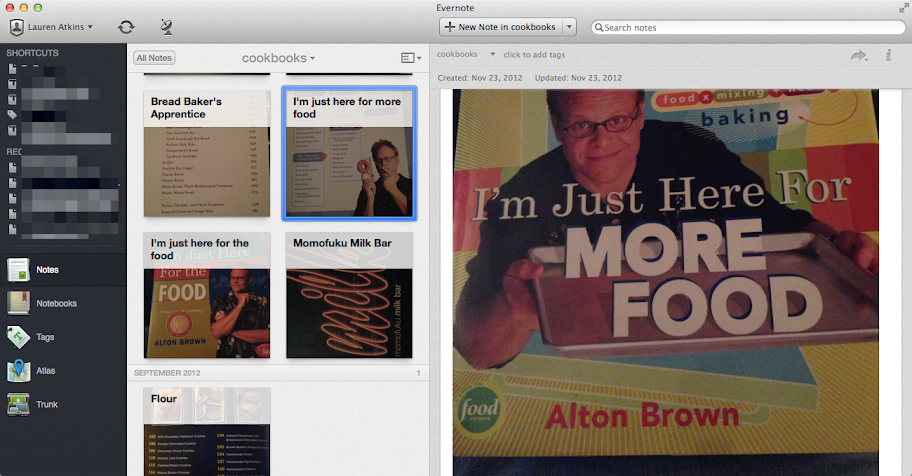 Grab a stack of your cookbooks.
Grab your camera.
Grab the first cookbook on the stack.  Take a picture of the cover.
Take a picture of the table of contents (if there is one that lists every recipe) OR the index at the back of the book.
Rinse and repeat until all your cookbooks have been photographed.
Connect your camera to your computer and download the photos.  Open Evernote on your computer.
Create a new note for each cookbook, titled with the name of the cookbook and put it in a notebook–either your usual recipe notebook or in a specific “Cookbooks” notebook (which is what I do).
Drag and drop the relevant images for each cookbook into the respective note.

[highlight bg=”#DDFF99″ color=”#000000″]Once your photos have processed, Evernote’s optical character recognition (OCR) capability will be able to scan and read the text in the images, allowing those notes to show up in the results when you search for a particular term. Not only will you know which cookbook has a recipe you might want, you’ll know what page it’s on. Woohoo![/highlight]

4 thoughts on “Eating with Evernote: Digitize Your Cookbook Collection”