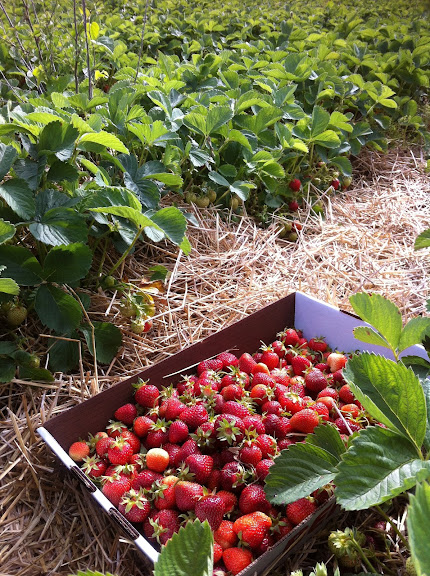 A farm near us opened last week for strawberry-picking season.  Josh and I, eager to get our berry on, showed up on Wednesday.  “We’ll pick a few pounds,” I thought, “No big deal.”  I mean, we were only there for an hour, the two of us.  No big deal…

Yeah.  It’s all fun and games until you get up the scale at the end of your trip and you have to shell out money for the 25 pounds of strawberries you just plucked from the earth.

So we took this story to its natural conclusion and made jam.  Lots of jam.  25 half pints of jam…plus a couple quarts of strawberry ice cream…and still have half a flat of strawberries left.

Now I have made jam before, but usually just fresh refrigerator jam.  I don’t can things–I leave that up to Josh generally.  But the end of that u-pick session was a “sh-t just got serious” kind of deal that really drove home the point about how great canning really can (cheesy pun intended) be.  I wanted to try a couple different recipes, though.  Not too different, because I ended up doing this mostly by myself on a Monday night after work, but different enough to try two distinct recipes. 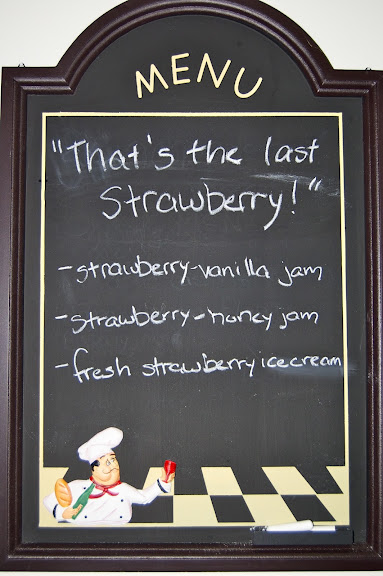 The first was a simple strawberry-honey jam from Gastronome Tart.  I liked this one because it used honey instead of sugar…and I had a surplus of honey in the pantry.  I made a minor swap of lime juice and zest for the lemon specified in the recipe.  I had limes on hand and the honey-lime combination kind of appealed to me.  This recipe was easy enough and I actually ended up doubling the batch.  It’s quite good, but I’d probably add even more lime flavor the next time I try it, so that it “pops” a bit more.   I’m thinking it’ll be excellent for toast. 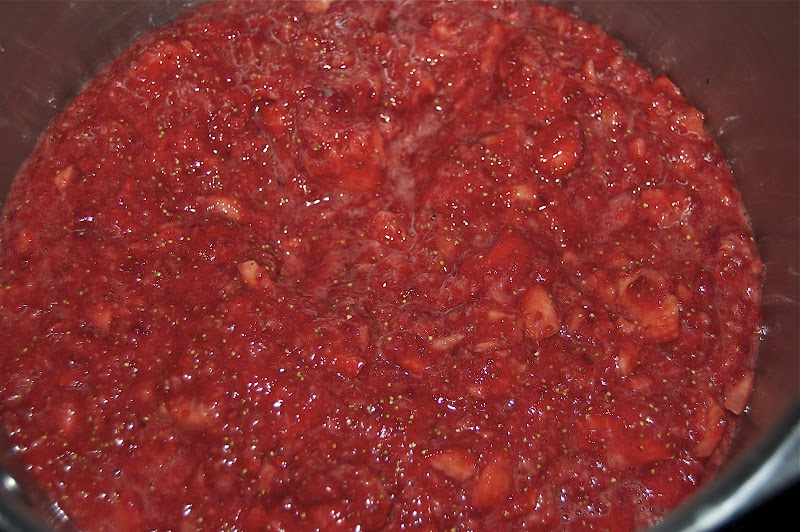 You can find that strawberry-honey jam recipe here on the Gastronome Tart blog.

I also made a strawberry-vanilla jam from Canadian Living, because I love strawberries, I love vanilla, and I happened to have…about 40 vanilla beans.  Why, you ask?  Well, when you are presented with an opportunity to buy vanilla beans in bulk for 22 cents a bean, you do not ask why.  You ask “How many trucks can I bring?”  Because of that, I ended up doubling the amount of vanilla called for in the recipe but it’s probably just as delightful as-is.  This jam was darker, beautiful and delicious—perfect for spooning over vanilla or pecan ice cream, or spreading on buttermilk biscuits or even just going all Winnie-the-Pooh on it and stuffing your hand directly into the jar.

You can find the strawberry-vanilla jam recipe here on Canadian Living. 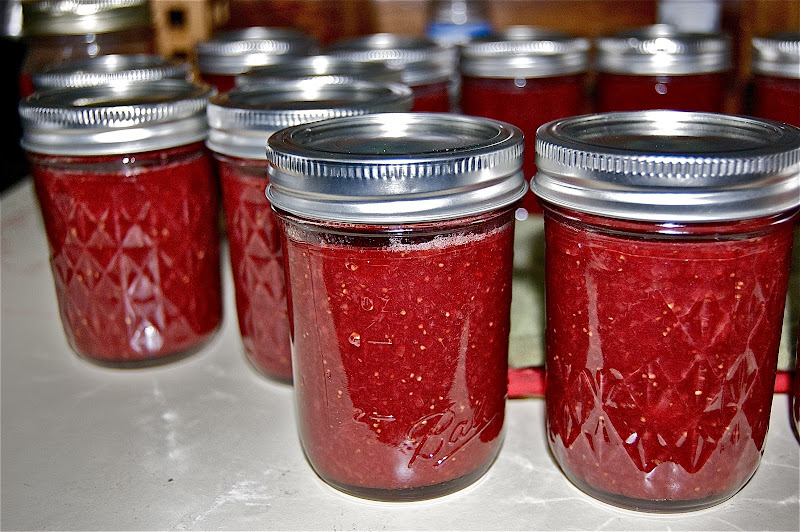 Now, because I am…. overly-productive sometimes and I still had most of a flat of strawberries left and the food processor was already dirty anyway, I also made a batch of strawberry ice cream.  It got rave reviews from some serious food critics.  They are absolutely to be believed. 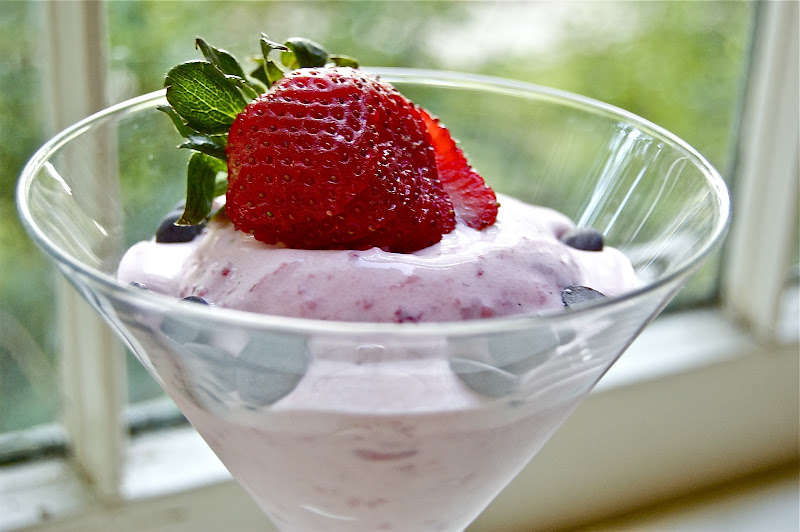 But no, really, you should give it a shot. I would never steer you wrong.  Not about food.  Maybe other things but never about food.

4 thoughts on “Strawberry All The Things”