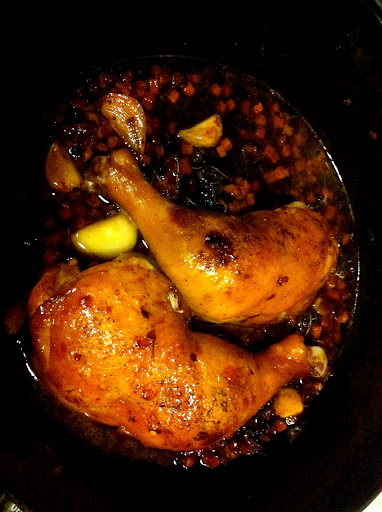 Bet you never thought you’d see a Twilight reference on this blog, eh?  Yeah me either.  And I’m actually a little ashamed now.  Although I’m not sure if I should be more ashamed that I didn’t even realize the reference until after I’d written the headline or that I didn’t immediately erase it.

I took the afternoon off yesterday.  It was just one of those days where I just didn’t want to be in the office; I wanted to unwind and relax a bit.  So after having a long lunch with Josh and a couple of friends, I headed down to Kerrytown in Ann Arbor to hang out at the market and do a bit of shopping.  I ended up at Sweetwaters, which if you’re not from around these parts, is a small local coffee shop chain and this particular location is inside/adjacent to Sparrow Market in the Kerrytown shops.  I hung out for a while, people-watching and debating internally what I wanted to make for dinner.

If you’re like me, the problem of what to eat next is at its very core an existential one.  Which means, if you’re like me, we should both be pretty thankful for the obviously comfortable circumstances in which we live.  Yet beyond that, yes, I take “What’s for dinner?” very seriously for a number of reasons.  One, obviously cooking is my hobby; I consider each meal an opportunity to practice my skills.  Two, as a human, I have the ability to raise eating from a basic level of instinctual need to one of enjoyment; you have to eat, you might as well enjoy it.  Three, as an extension to Reason #2, if you’re going to put something in your body and thereby make it a part of your being, it should be high-quality and it should be as tasty as possible.  I mean, what if you really are what you eat?  When the zombie apocalypse comes, I want the droning, vacant cannibalistic hordes of the reanimated to fight over who gets the remains of my mutilated corpse because I am that delicious.

And while to that end, I have amassed a small fortune (if bytes were worth bucks) of recipes, digitally and otherwise, I still find that often the best inspiration comes from grocery shopping, preferably while hungry.  I know they say you shouldn’t shop while hungry because you’ll just end up buying any and everything and that’s true.  But if you’re looking for inspiration to make a new dish, sometimes it’s best to let hunger push the cart.  So I wandered about the Kerrytown markets, starting with Sparrow’s.  I knew that I wanted to make something with chicken; it’s been awhile since I made a really good chicken dish and we’ve been eating a lot of pork and beef.  Boneless skinless chicken breasts are healthy, easy and quick to cook but anything with a bone and skin are going to be tastier and cheaper.  I started off with a couple of chicken leg quarters (which include the drumstick and thigh).  I knew at home I had garlic…and had a feeling this had to be a good, garlicky dish.  What else could I find?  In quick succession I picked up some prosciutto (love that stuff), some mushrooms and a medium-sized spaghetti squash. 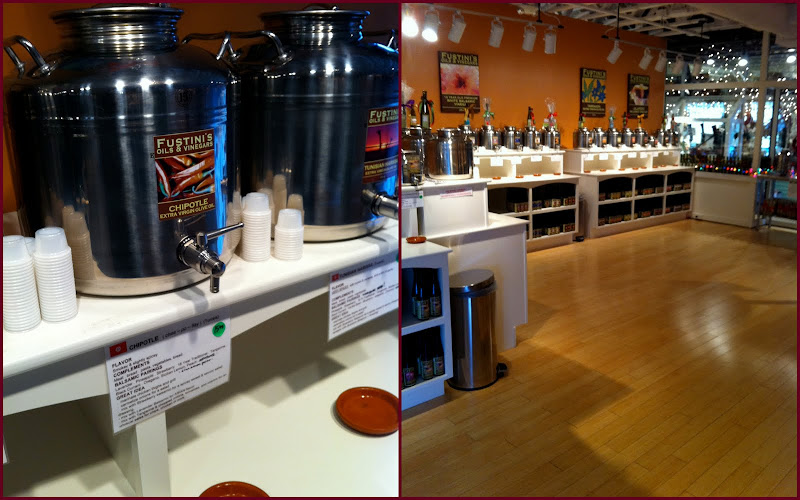 Then I wandered upstairs to get some olive oil from Fustini‘s, a shop that sells exclusively flavored olive oils and balsamic vinegars.  I’ve been to such a shop before (there’s something similar in downtown Plymouth–Old World Olive Press) and am amazed they can survive but hey, I love olive oil so the more sources the better.  I do also like going around and sampling the different oils.  They had a chipotle one I’d never seen before, for instance, and that’s pretty cool.

Later on that night, I threw the ingredients I bought together with some basic things I already had–garlic, cumin, chicken stock, etc.–and made this delightful dinner.  I liked it because it was delicious (Lauren tested, zombie approved), could easily scale up or down and was fairly hands off–a little bit of stovetop work and then boom, into the oven.  Who doesn’t love that?  Vampires maybe. 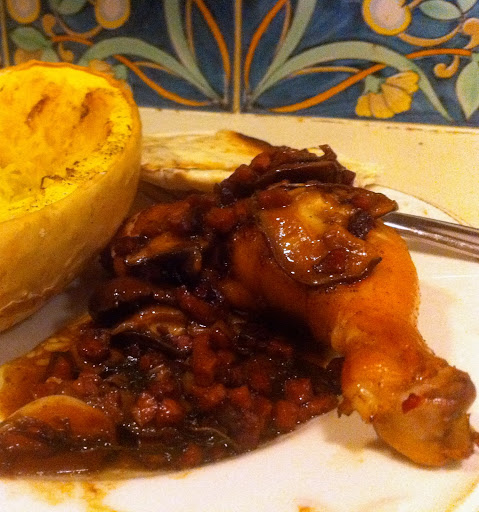 4 out of 5 zombies approve

Garlic Chicken with Mushrooms
A Dinner for Two

In a cast-iron or other large, oven-capable frying pan, melt butter and olive oil over medium high heat.  Add in proscuitto and dried basil and cook until browned but not too crispy, a couple of minutes.  Toss in garlic cloves.  Sprinkle chicken quarters with salt, pepper and cumin and place top-side down in the skillet.  Let brown on one side, about 5-7 minutes.  While it’s doing it’s thing, mix molasses, olive oil, lemon juice and red pepper flake thoroughly.  Brush onto the chicken and flip over the pieces.  Brush the top side as well and let brown for another 4-5 minutes.

Pour in chicken stock and place pan in oven.  Let cook for about 30 minutes, or until chicken is fully done (no pinkness, juices run clear).  Remove pan from oven and set on a burner, over medium heat.  Pull chicken out of pan and let rest on a plate.  Stir around proscuitto and garlic, rubbing up any bits from the bottom of the pan.  Add in mushrooms, tossing and coating in the sauce, and cook for about 4 minutes more, until mushrooms are suitably soft but not icky and the sauce has reduced a bit.

Serve sauce with chicken.  Eat chicken with sauce.  And a side of spaghetti squash.  Wait for zombies.

One thought on “Garlic-Mushroom Chicken: Drive away those pesky vegetarian vampires”