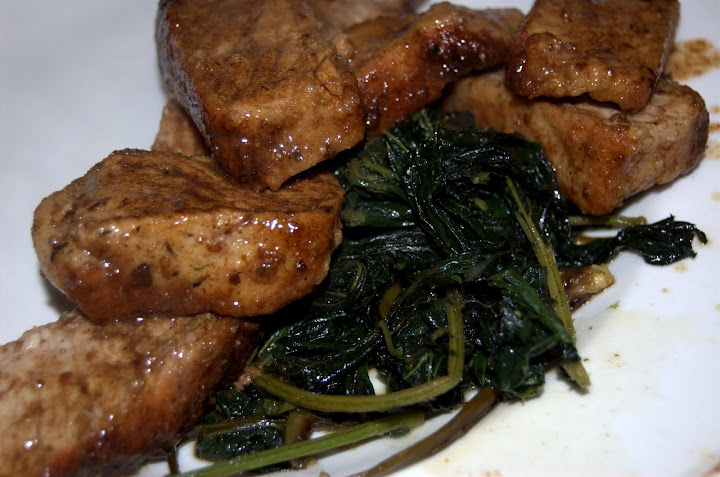 Oh yeah, you read that right.

Our farm share started up again–finallly!  One of the best days of my year is the day that I can start picking up our produce box from Needle Lane Farms. This year has the added bonus of us being able to pick up our box at the Depot Town Farmer’s Market in Ypsi on Saturdays, which I love, being that I love a 1 minute drive or 10 minute walk from Depot Town.  Love.  It.  Also, I appreciate local organizations giving local love to Ypsi.

So yeah, last Saturday was a banner day.  Not only had we just come back from our trip to Alaska, but I was all geared up to make my own food and the arrival of the farm share was the culinary equivalent of choirs of angels heralding the dawn.  Well, close anyway.  I was prepared for the usual late spring suspects: the garlic scapes, the radishes, the lettuces, the rainbow colored Swiss chard.  But once again, Needle Lane blew me away and introduced me to something I had never even considered being a possibility:

Seriously.  Like, fo’ realz.  Stinging nettles.  The perfect dish for people who like food that fights back.  For some reason, I thought people only ate those back in like the 1300s, when it was that or death.  But no!  People actually still eat them, even in an age of year-round strawberries, fast food, PopTarts and 30-minute or less pizza delivery.  Apparently I’m the only one who thought that, though.  One of Josh’s coworkers even makes tea out of them, which is a common usage.  They’re also used for making soup and when cooked, taste kind of like spinach but with less of a bite and more, I dunno, feathery-textured.  I liked them.  Josh, who does not like greens of almost any sort except the occasional spinach stirred into pasta, was not a huge fan.  Although he did eat them.  Nettles are a good source of vitamins C and B, calcium, magnesium, iron potassium, beta carotene and other good-for-you tidbits.  Medicinally, it’s also used to treat inflammation of the urinary tract and kidneys. 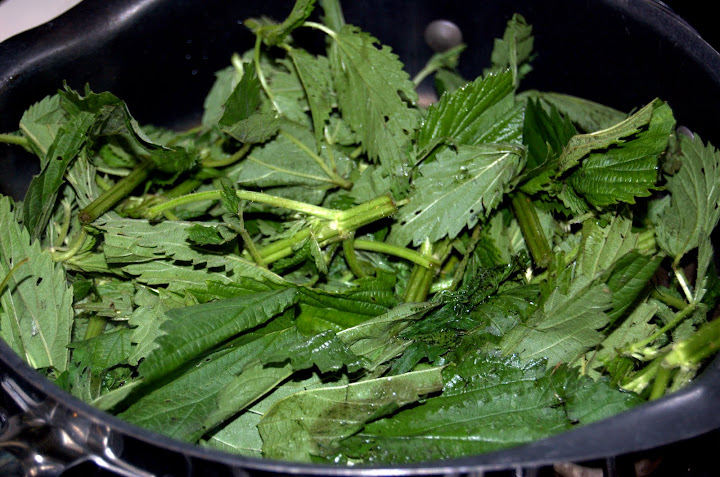 There is one, teeny, tiny downside, though.  You have to use gloves when handling them.  Because stinging nettles really do sting.  Or at least, that’s what I’ve been told.  I wore gloves.  I don’t need to test that theory.  I’ll take the name for face value.  The leaves are covered with little hairs that, if touched by human skin, produce a stingy, burny effect.  Yes.  Burning.  That means it’s working!  But cooking the nettles, or drying them out, gets rid of that nasty little habit. 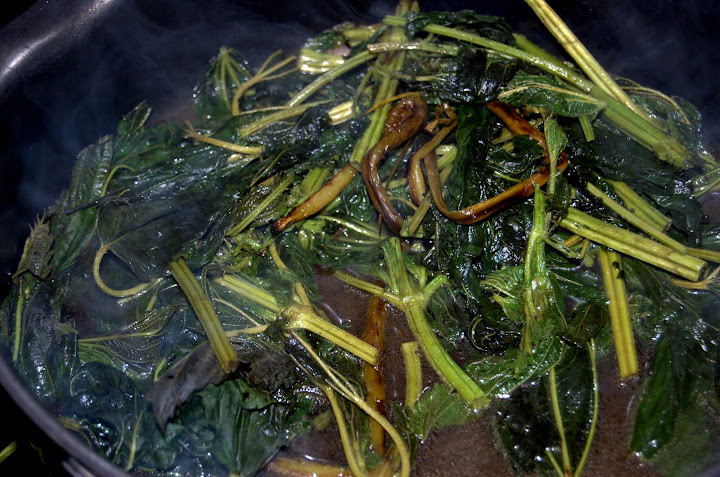 Having no idea how to even remotely approach these perplexing new greens, I used one of the recipes provided by Needle Lane in their weekly newsletter, and then amped it up with a bit of hot sauce.  I also used my garlic scapes instead of regular garlic in the recipe.  I then served them the way all veggies should be served…under a pile of pork. 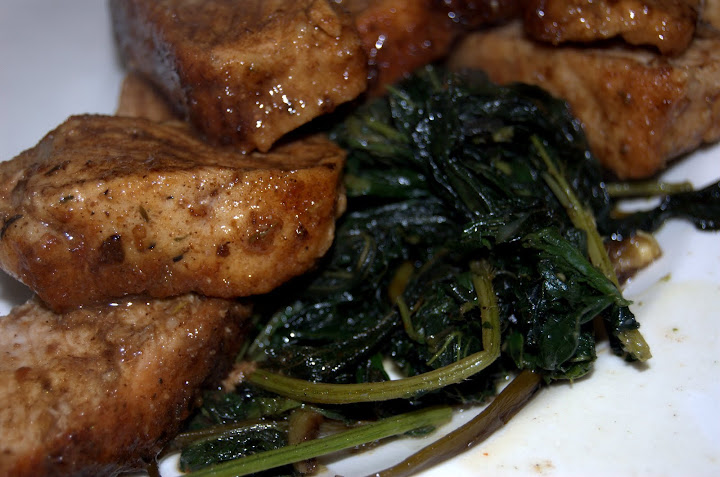 Gently fry a crushed clove of garlic in an oiled pan until tender.  Add nettles and enough water to cover bottom of pan. Cover and steam until tender. Dress with tamari and freshly ground black pepper.