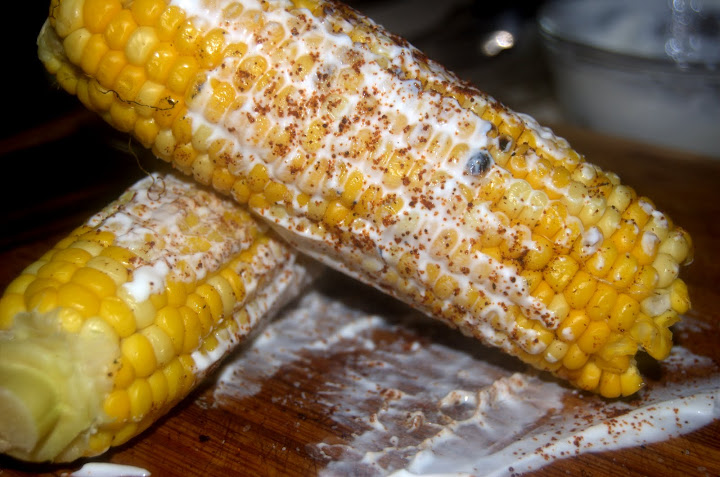 The children of the corn give this two thumbs up

It’s officially summer here.  It’s sunny, it’s 80 degrees at 11am in the morning, my farm share is starting next week (!) and my husband can barely stand to go outside.  Yep, officially summer.

Every summer I seem to have a meal that I make on a regular basis, far more than anything else.  When I was 15, it was grilled chicken and rice.  Like every day of summer vacation.  Last year, it was hamburgers.  I seem to be coming into my groove when making burgers now.  It may sound weird, but ground beef brisket is the way to go, mixed in with a bit of ground pork if you’re of a mind, topped with a good flavorful cheese and onions that have been diced and cooked in butter with some dried herbs, and some guacamole.  But this year, this year my summer is apparently going to be embodied by simple evening meals of some good old grilled beef hot dogs and sausages.  Simple, quick, tasty, easy…perfect for hot weather, heavy on the sodium but light on my wallet.  But sometimes I feel the need to kick things up a notch and instead of slaving over an elaborate main dish, I instead serve the sausages simple and grilled (with some onions and peppers, of course) and pair them up with an awesome side dish instead.  Enter the corn. 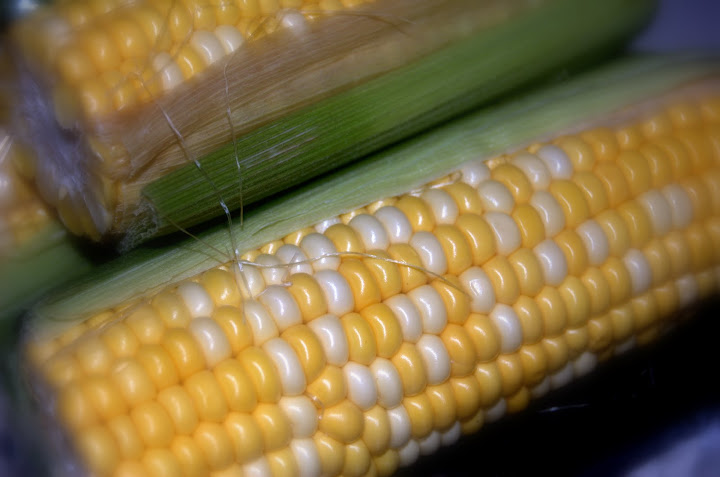 Cows should not eat corn.  But I should.  Often.  Because its delicious.  Grilled, sautéed, roasted, whatever you want.  I’m a big fan of grilling it myself, myself, and not just because 1) I love to cook, 2) my 150 year old kitchen gets kinda warm in the summer so cooking outside is a “Yes please!” and 3) I like fire, but because it’s easy and tasty.  But if you’re used to just cooking up your corn, slathering it in butter (or buttah, as my grandmother from Rhode Island would say) and calling it a day, you should continue reading this post.  Actually, you should continue reading no matter what.

I’ve seen recipes for Mexican style corn on the cob for years but never bothered to make it, partially because I’ll admit that the idea of putting sour cream on my corn is kind of odd.  I have a very hesitant relationship with sour cream and I’m not really sure why, but I feel the same about cream cheese.  But I figured–hey, it’s summer and I’m very daring.  So let’s do it.  If you’ve never had it before, Mexican style corn is a street food served on the cob, grilled and slathered with Mexican crema, crème fraiche or sour cream, lime and cayenne pepper.  It’s creamy, spicy and delicious, and adds an unexpected but flavorful touch to a standard cook-out side item.  It’s also very easy to make.  I used the recipe below from Cooking Light, which is also reasonably healthy!  Yay! 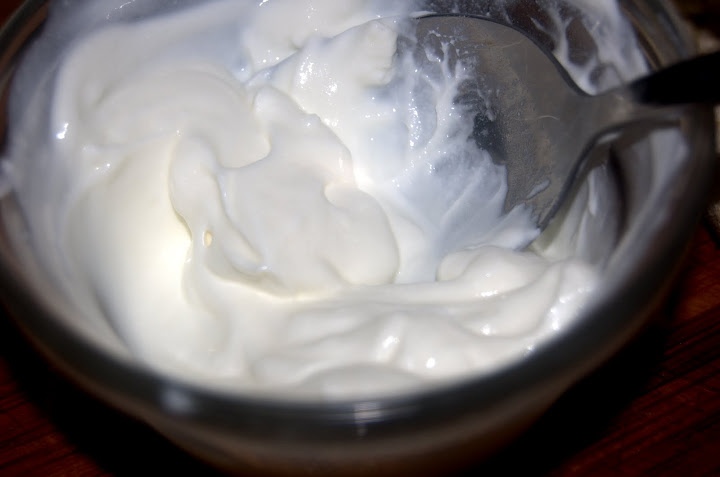 Place corn on a grill rack coated with cooking spray; cook 12 minutes or until corn is lightly browned, turning frequently. Place corn on a platter; drizzle with crema. Sprinkle with chipotle mixture. Garnish with lime wedges. 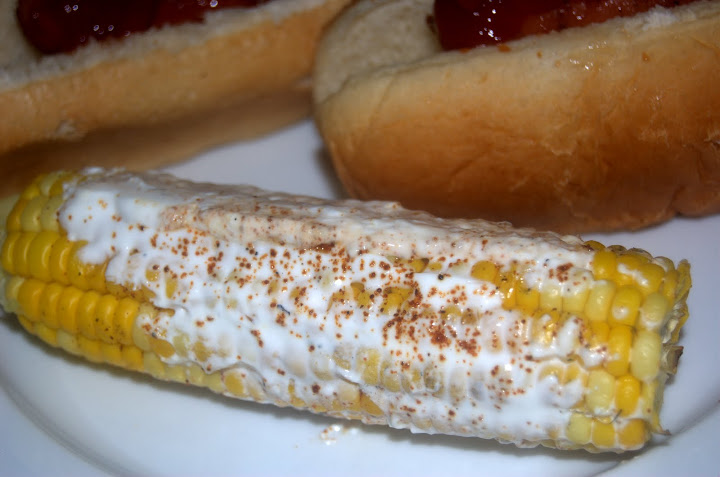 I made a few basic changes to mine; like I said, I boiled it first to soften, then grilled it.  I sprinkled it with olive oil instead of spray because I like my heart-healthy fats.  And I used sour cream mixed with a couple tablespoons of lime juice.  It was good.  Josh liked it a lot.  And olé, that’s all she wrote.