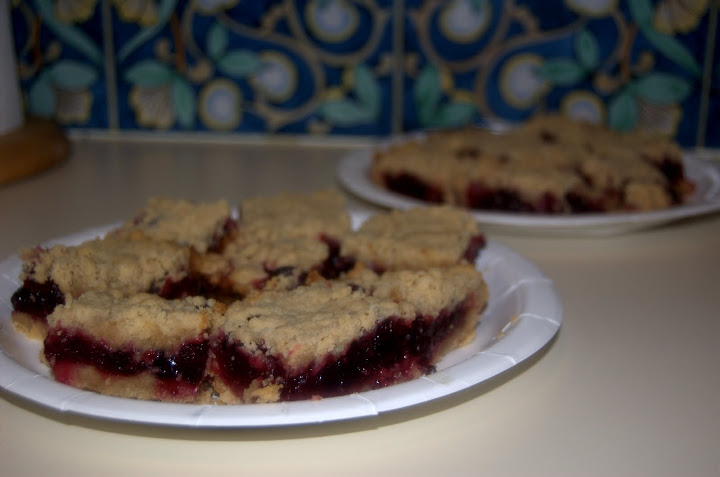 so this cranberry walks into a bar...

Or alternatively titled, “Get Shortbread.”

The second recipe I decided to try for my Great Recipe Experiment was for the Joy of Baking’s cranberry shortbread bars.  Carrie and Sophia both said they’d be willing to sample these for me.  I actually would have made them early last week but for the life of me, I could not find a single, Godforsaken bag of cranberries anywhere.  Well, not frozen anyway and certainly not fresh (ha!).  And for this recipe, dried just certainly wouldn’t work.  Finally I had to resort to a Whole Foods visit–and indeed, they did have a few ten ounce bags of the frozen little fall berries.

I have a particular affinity for cranberry.  Not to eat, actually, and not because I’m fond of the taste (though I am, in juice, anyway) or the high level of antioxidants or the fairly ravishing color or any of those things.  No, my fondness for cranberries is entirely because of my grandmother.

My grandmother is just supremely awesome in ways that I can’t even express without going into a dozen different stories will titillate and awe you.  One of these days, I’ll go into more detail, perhaps when I post her recipe for cherry cordial (made with whiskey and thinned out with…more whiskey), homemade “cough syrup” (made with whiskey and…thinned out with more whiskey), and our familial favorite vanilla poundcake (oddly, lacking in whiskey).  But what’s pertinent to this story is cranberries.  And I like cranberries because they made my grandmother Portuguese. 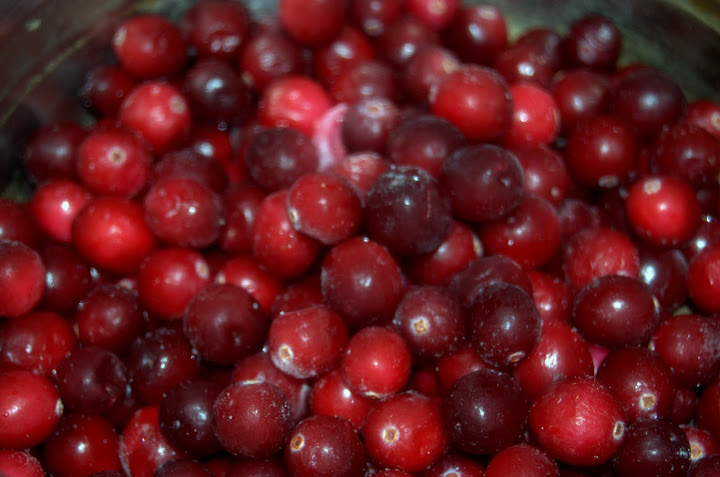 Well, not really.  But she always wanted to be.  She’s from Rhode Island, Providence actually, and when she was a kid, she lived in an Portuguese and Italian neighborhood and every fall, she wished that she was Portuguese because those kids got to leave school to go pick cranberries off the cape.

Yes, that’s right.  My grandmother wanted to a Portuguese cranberry migrant worker.  But really, who hasn’t?

But no, the truly hilarious thing is not that she just wanted to be Portuguese, but rather that she then decided she was just going to say she was Portuguese because she figured she could pass for it.  (She can’t.)  It’s all right, though, she’s stopped doing that….because now she prefers to be Puerto Rican (she’s not). 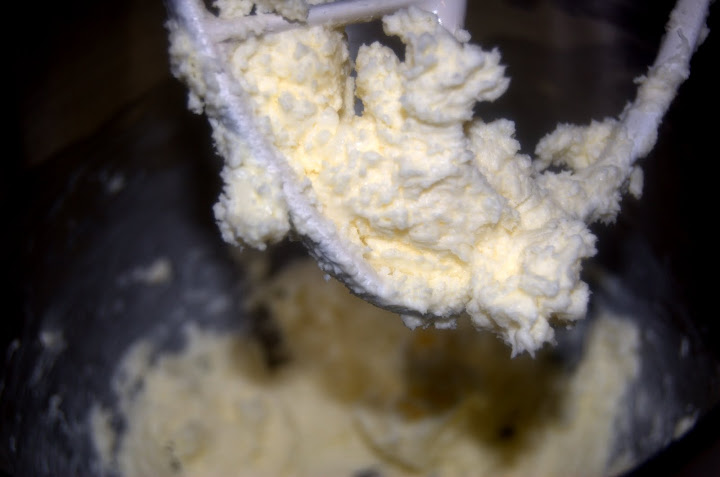 there is something so appealing about creamed butter

That story actually has nothing to do with these bars, but it’s my favorite cranberry tale.  So there you go.

Anyway, I very much recommend these bars.  Josh sampled one before I packed them up and delivered them and raved, and  if you are a fan of cranberries, these will suit you just fine; they are sweet and tart and make good snacking.  Not to mention, they are extremely easy to make and pretty quick, too, and who doesn’t love that?  You could also easily replace the cranberry with pretty much any other fruit to suit your seasonal tastes. 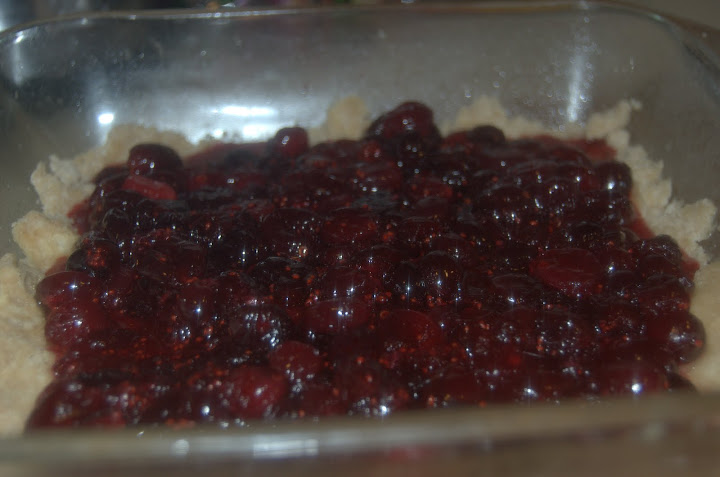 Cranberry Shortbread Bars, from the Joy of Baking

Preheat oven to 375 degrees F  and place the wire oven rack in the center of the oven. Butter (or spray with a non stick cooking spray) a 9 x 9 inch  pan.

Cranberry Filling: In a medium sized saucepan, place all the ingredients. Then, over medium-high heat, cook the ingredients until boiling. Continue to boil the filling until it becomes thick and syrupy, about 5 minutes. Remove from heat and let cool while you make the shortbread.

Shortbreads: In a separate bowl whisk the flour, cornstarch, and salt. In the bowl of your electric mixer (or with a hand mixer), cream the butter until smooth (about 1 minute). Add the sugar and beat until smooth (about 2 minutes). Beat in the vanilla extract. Gently stir in the flour mixture just until incorporated. Evenly press two-thirds of the shortbread into the bottom of the prepared pan. Then evenly spread the cranberry filling over the shortbread base, leaving a 1/4 inch border.

With the remaining shortbread dough, using your fingers, crumble it over the top of the cranberry filling. Then lightly press the dough into the filling. Bake in the preheated oven for about 30 minutes, or until golden brown on top. Remove from oven, place on a wire rack, and while still hot, cut into 16 squares. Allow to cool completely in pan. 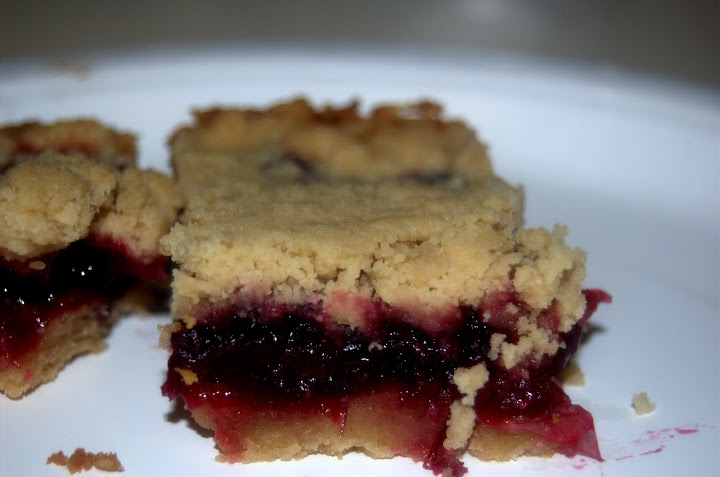