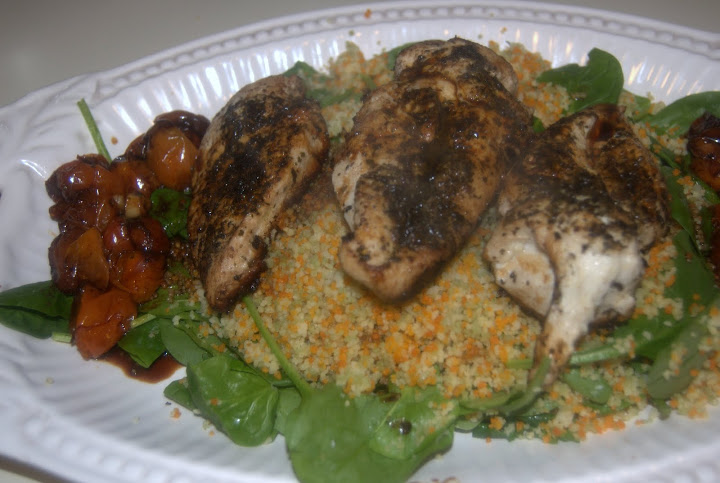 It hasn’t even been a full week in our new house yet and already we’ve spent more than a little bit updating things–the cable, the washer and most notably, the oven.

I have a new oven.

It’s beautiful—all shiny and black and stainless steal.  The oven at our old apartment was a trustworthy thing; while I am not a fan of electric stovetops, the oven got hot quickly and stayed that way.  When we moved into the house on Saturday, we knew the stove (gas) worked but that the oven didn’t.  So despite my fear-of-change-driven emotional need for brownies, I had to sit and wait until a new stove was ordered and delivered.  But I could still use the stove, and I did.  It was a bit odd changing over to a gas range from an electric one—things heat up so fast!  Lovely.

The new oven (I haven’t named it yet, but I might–any suggestions?) was delivered yesterday.  Josh decided he was going to hook it up himself. This required a trip to the hardware store to get a connector-thingy.  Me, I was all twinge-y with excitement, holding the flashlight while Josh fiddled around behind the stove (which was very shiny—did I mention it was shiny?  I like shiny things). I had it all planned out—first I was going to make a chicken tomato sauté with chicken breasts I had acquired from the store that very afternoon for this very purpose, as well as some plump round cherry tomatoes, garlic and balsamic vinegar.  Then I was going to make a super-quick side dish of tricolor couscous and steamed spinach.  And then there’d be cookies.  Chocolate chip, of course, with maybe some oatmeal and I could nearly taste the chewy delici—

Well of course it’s going to work, I thought, oatmeal and chocolate go great together.

But no, he meant hooking the stove up.  Because apparently our 150 year old house has many surprises in store…and sadly, none of them are ghosts.  No, this surprise was that our gas pipe was apparently a commercial-sized one.  Hm.  Maybe that’s better than a ghost. If I ever need to go into business for myself, at least I have the gas hookup!  But sadly, that meant my delicious chicken dinner would have to be put off until tomorrow, when Josh could find a bigger connector-thingy (I am so technical).

But today!  TODAY!  Today he did it.  Hooked up the hoses.  Turned on the gas.  Waited.  Watched.  Fiddled.  Turned the knob….and behold: fire.  Man’s greatest invention outside of Nintendo.

Of course this stove needs to be tested.  And tamed.  And taught the ways of the Meatball.  So today’s task was twofold:

Number one turned out pretty well, and the recipe for that is below.  Baking, I’m not sure yet.  I attempted to make cookies but it seems my baking soda was flat because my cookies turned out flat too.  And I’m not convinced of the oven’s heat reliability because it seemed to take a much longer time to get the cookies to finish than it should have.  Still, this is something that will require many tests.  I’ll have to suffer through dozens of cakes, muffins, cookies and cornbread before I am fully satisfied with the oven’s capabilities.  It’s a tough job but someone has to do it.  Someone has to eat all that delicious stuff.  Me.  I’m that someone. 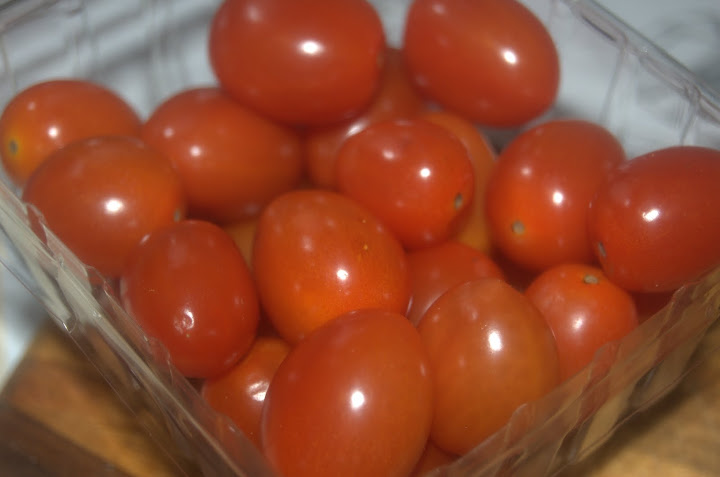 This recipe is pretty simple and probably endlessly flexible.  I made enough for Josh and I each for dinner, plus had some leftover to go into my lunch for tomorrow.  Woohoo, lunch!

Anyway, in a medium skillet over medium high heat, melt the butter into the 2 tbsp of olive oil and add in the garlic.  You just want the garlic to flavor the oil and butter a little bit.  Remove it once it’s begun to brown nicely; you don’t want it to burn. 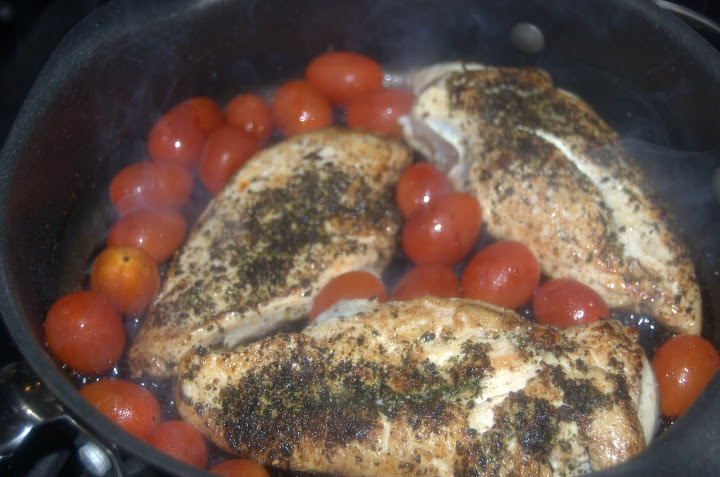 I served the chicken with a pot of couscous that I had cooked in chicken stock with a bit of butter, some fresh baby spinach and a sprinkling of Swiss cheese.  This would be extremely good atop some other kinds of pasta as well, like orzo, orecchiette, penne or even linguine.  You could also just serve it along with some crispy potatoes or a good slice of crusty bread. 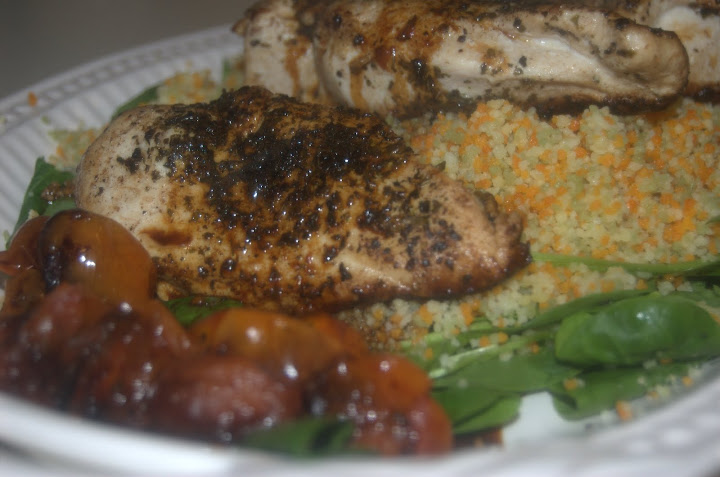 4 thoughts on “Tomato Chicken Sauté, or “Let’s See Hansel and Gretel Push Me into THIS Oven””