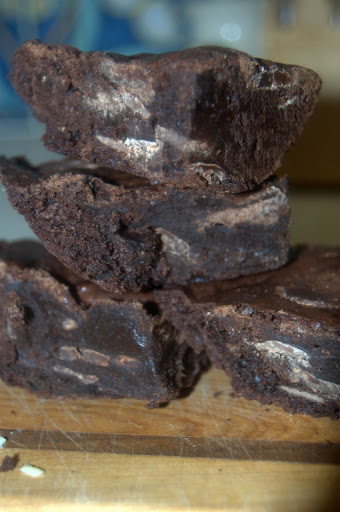 This will probably be a short post, because it’s been a busy night and I’m tired but….you should make these brownies.

No, really.  You should make these brownies.

Everyone should have brownies like these at least once in their lives.  These are the kind of brownies that make life worth living, the kind that men will kill for, women swoon over and diabetics joyfully submit to sugar comas.  The kind of brownies that’ll make you slap yo’ mamma and call her Sally.  These brownies could make Chuck Norris cry tears of chocolate joy.

So here’s the deal: I got a new oven, right?  You all knew that. 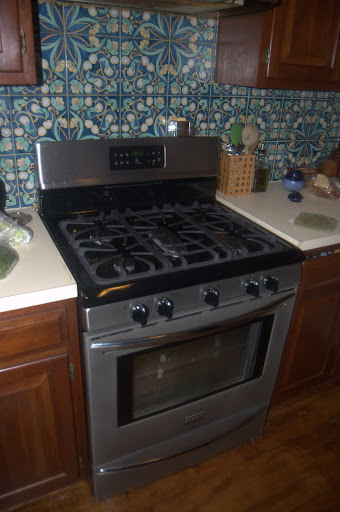 Well, part of my testing of said new oven was to make a batch of brownies (for testing purposes only, you understand–in the name of science.  Science.) and I figured, hey, might as well try out a new brownie recipe while I’m at it.  My mommy had been nice enough to pick me up a couple bags of chocolate wafers (milk and dark) while they were at the store, so I had that, and I also had a metric buttload (scientific term) of Dutch-process cocoa powder from making hot cocoa mix over Christmas.  And at some point in my travels along the information superhighway, I picked up this handy little brownie recipe from the buns in my oven blog.  They looked good and I had everything I needed to make them…so I did.  At 9pm.  On a Tuesday.  In the name of science and all that is holy. 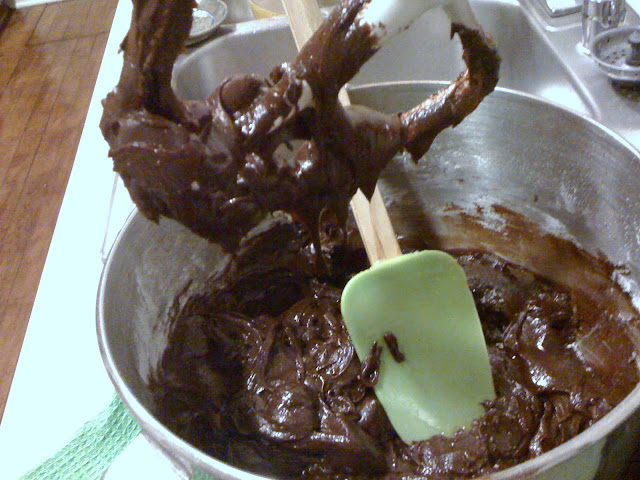 And then I took them to work.  What did everyone think, you ask? Well, let me post a few things from the comments on my Facebook wall:

Brian: they are DELICIOUS!!! thank you, Laaauuurrreeennn!!!

Sara: Your brownies are outstanding! Well, were. It’s gone now.

Rachelle: so yummy….  (And she would know–Rachelle is a certified brownie expert.  Serious.)

Just kidding on that last one.  My tummy doesn’t have a Facebook page.  Yet.

Anyway, do yourself a favor, go to the link, get the recipe and try it out.  You will not be disappointed, unless you actually wanted crappy brownies, in which case yes, you will be very disappointed. 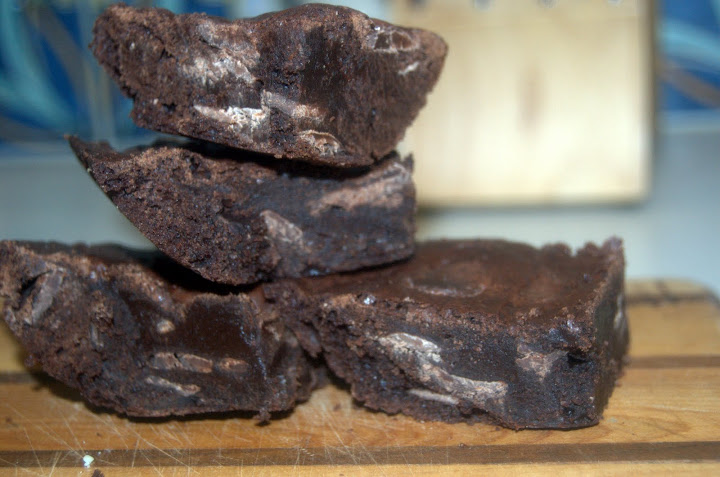 Oh, and how did my oven perform?  Not bad.  It runs a bit under temperature though, I think.  It should’ve taken 30 minutes for those brownies to bake and it took almost 45, which is similar to what happened when I tried to make a batch of my cookies—instead of an 8 minute cook time, it was 12 or 13.  So we’ll see…more tests are needed!

8 thoughts on “There Will Be Brownies”