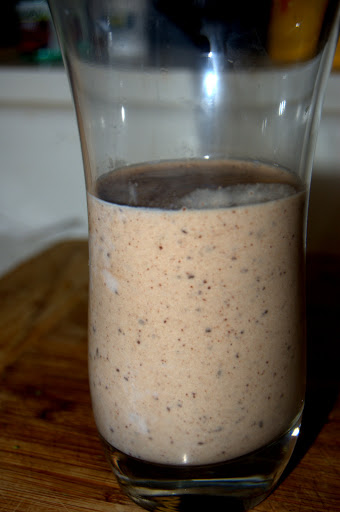 I want you to read this next part as if you were William Shatner:

And the charge for this, of course, is that I do actually expect you to read that part above like William Shatner.  Bonus points if you do it out loud.  And then you will have truly earned this milkshake knowledge that I am about to drop on you.

I had a terribly unhealthy dinner.  Well, not really, but it contained a lot of bacon and a lot of chicken that had been pan-fried in bacon (okay, it was mac and cheese with broccoli and leeks and tomatoes and chicken and bacon) and while I like bacon, it does make me feel a bit greasy.  So I wanted a reasonably light and not-so-terrible dessert.  Now some of you might think, “Well why not skip dessert?”  Those of you who thought that should seek help immediately because you’re crazy.

Anyway, I’d planned on making this dessert for a few days and had everything I needed and the stars just sort of aligned tonight, so I figured, why not?  It was a milkshake, the idea of which was inspired by my coworker Chase, who mentioned this was how his family often made them.

(Yeah, that didn’t really make a lot of sense but it sounds good.  In my head.) 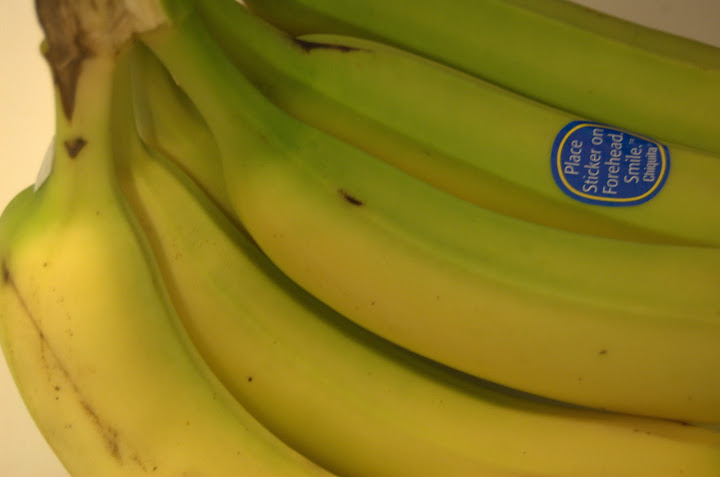 Anyway, this milkshake is actually quite good for you–and easy to make.  And cheap.  And easy.  It might just be your dream milkshake.  In fact, I actually kind of just put things into the blender and hoped for the best, which, frankly, is what I do with a lot of things—okay, everything.  And it turned out good.  Lauren-tested, Josh-approved.

Banana Chocolate Chip “So Good You’ll Slap Yo Mama” Milkshake
No mothers were harmed in the making of this milkshake. 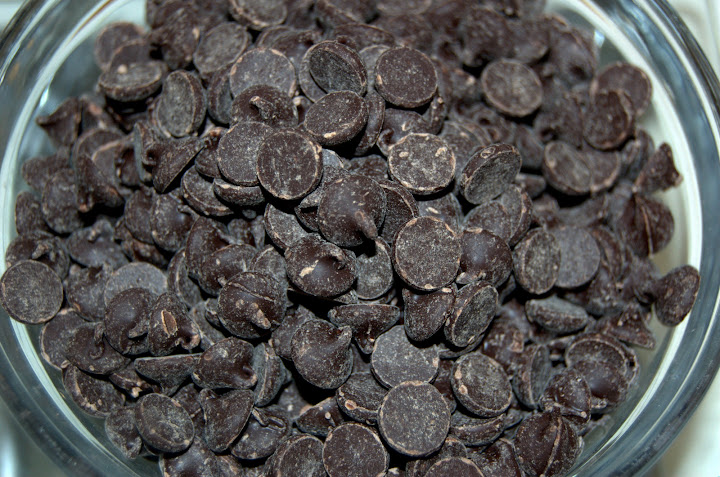 Peel bananas.  If you froze them with the peel on, you may want to defrost them in the microwave for about a minute.  If solidly frozen, this will do nothing but make the peel easier to slice with a knife and peel off.  Cut bananas into large-ish chunks and place in a blender.  Add chocolate chips (one or two tablespoons depending on your preference), syrup and 1/2 cup of milk.  Then ask yourself, “Will it blend?”  Find out.  Blend on high until everything is completely incorporated and….well, milk-shakey.  Taste.  Add more chocolate syrup if you’d like, or more milk if you prefer to thin it out.  This makes enough for two reasonable milkshakes or one giant zombie-like brain freeze milkshake.  Eat.  Enjoy.  Exhale. 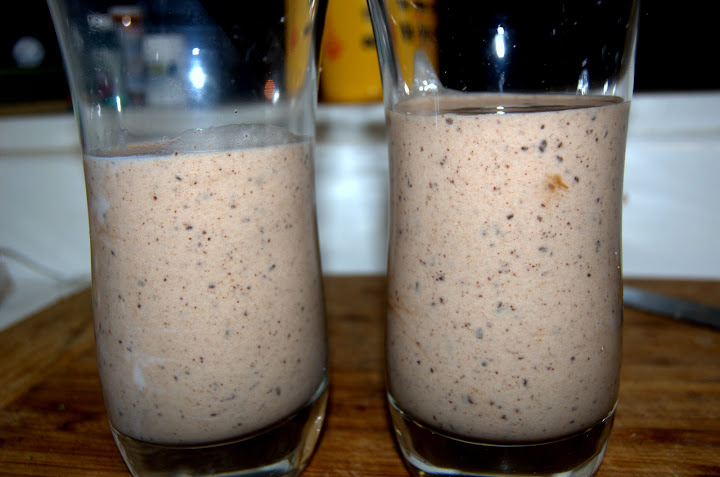 These were actually quite good.  The bananas give the shake a fruity creaminess, boosted by the sweetness of the syrup and then you get a nice little chocolate crunch from the chips.  It’s very light tasting but satisfying.  And not only is it super easy to make—and frankly, I could make this all the time, because I almost always have every one of those ingredients on hand—but it’s even cheaper than an ice-cream based milk shake because it’s 39 cents a pound for bananas versus however much you’d pay for good ice cream.  You don’t even miss the icecream.  Not to mention you get a whole serving of fruit.

Also, if you’d like to thank my coworker Chase for his inspiration, I hear he accepts gifts in the form of bacon and bacon-scented accessories. 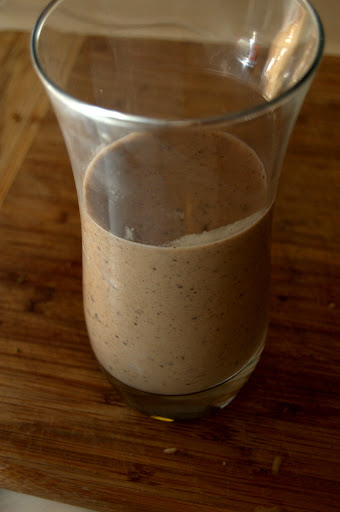