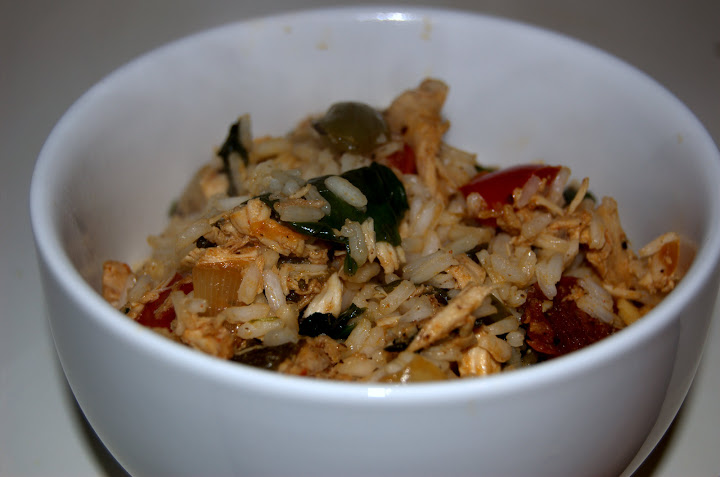 What I do with leftovers:

From the milk-roasted chicken on Sunday, I had two bone-in chicken breasts left over.  What to do with them?  Hm.  Think.  Think Think Think.

Well, I also had some Spanish chorizo I picked up at Eastern Market on Saturday as well.  Chorizo is a spicy, smoked pork sausage that comes in many varieties.  I also had leftover chopped green and red bell peppers bagged up in the freezer, and some fresh spinach and portabella mushrooms left from Josh making pizza for himself for dinner.  And I had rice.  Well that all sounds pretty good. 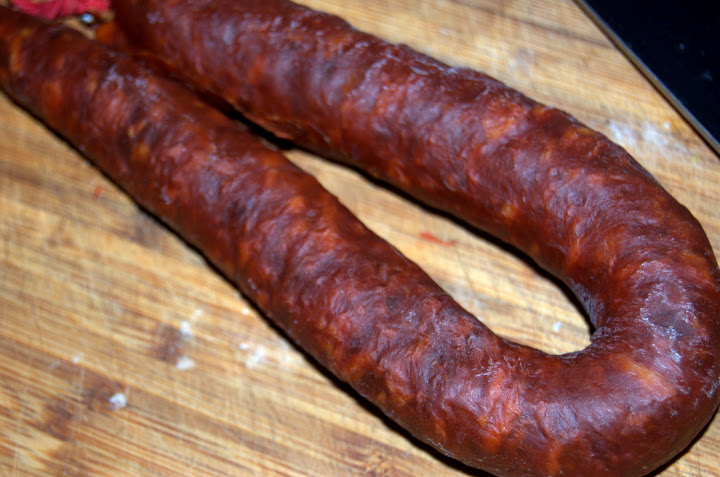 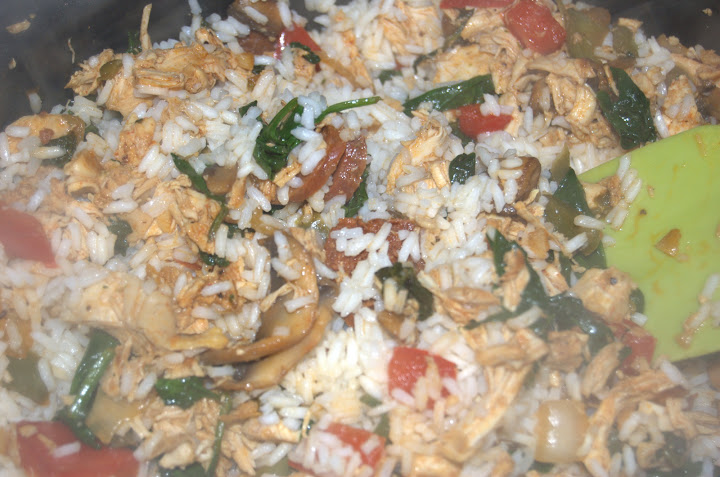 It’s not really a paella (a Spanish rice dish), nor really a jambalaya (a New Orleans rice dish) but a bit inspired by the two and basically I just threw in what I had.  It was very tasty–and filling.  The chorizo is so flavorful that all you need is a little bit and it sort of permeates the entire dish.  The chicken was still incredibly tender.  I got in a lot of vegetables and really, any veggies you have could just be thrown in this dish.  It was flavorful and spicy but not overly hot.  Great for leftovers, great for cold days…great to eat. 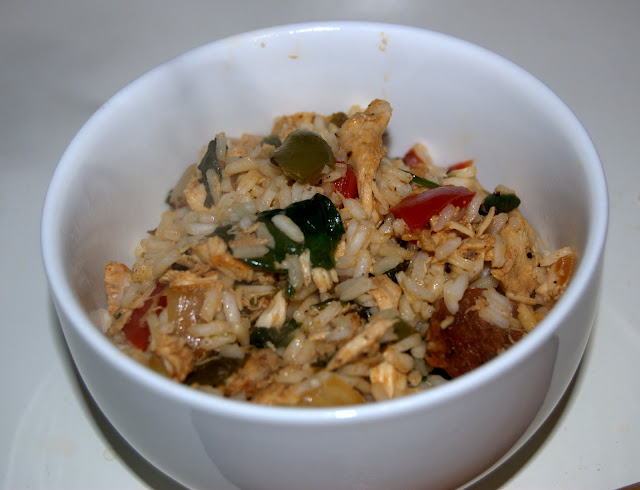