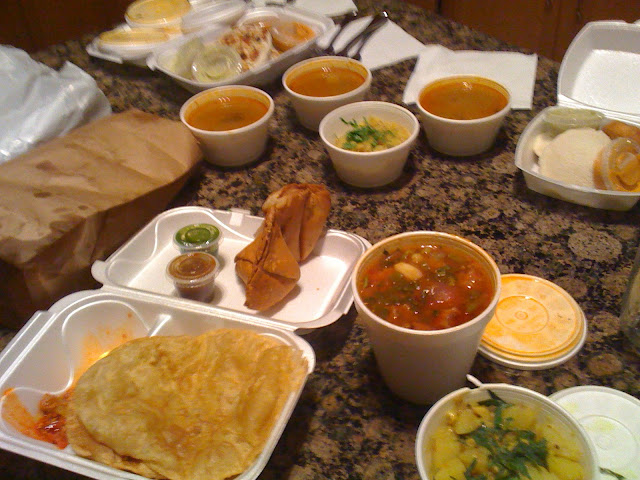 Last night, Josh and a couple friends of ours ventured out into the streets of Canton to experiment with something new and fantastic to us: Indian street food.  In Canton? Yeah, I know, right?  Now, Indian food is not new to us…I looooove Indian food.  And I’m blessed that there’s a few good Indian places in town to eat at, but those are the usual sit-down restaurants.  This place, Neehee’s, on the corner of Ford and Canton Center roads, specialized in vegetarian street dishes.  I know some of you might be saying, “Vegetarian?  No thanks.”  But seriously, with flavor and sustenance like this, you won’t even miss the meat.  Instead, your stomach will be thanking you with all sorts of contended feelings and sounds.

So anyway, we walked into Neehee’s.  It’s a small, brightly colored place in a strip mall next to a Bombay grocery store.  Pretty busy and not a lot of space to sit, so we opted to order out.  All along the walls are pictures and descriptions of the types of food they sell and their origins.  The smell was fantastic. 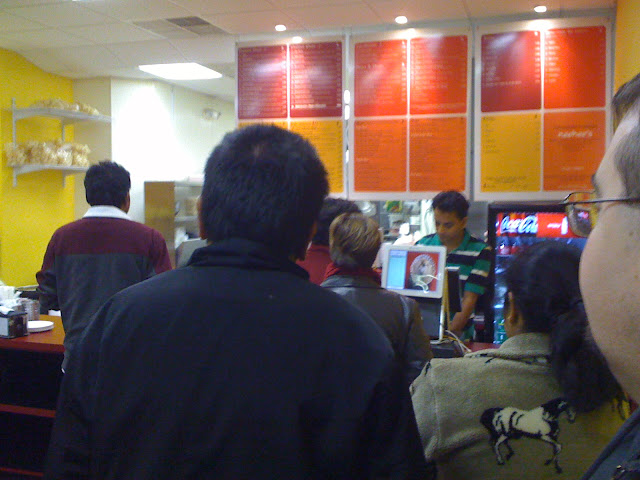 Now, we love Indian food, but we don’t know a whole lot about it so ordering was a little bit, “Well that sounds good…that sounds interesting…I don’t know what that is…let’s take one of those, two of those and one of those.”  Or, “We’ll take a number 7, a number 38 with gravy and a number 54.”  While we were waiting for the food, the owner came out and talked to us, which was great.  They have another location in Birmingham and would like to open one in Ann Arbor some day!  I can only hope.  He mentioned that when he opened the Canton location, he’d thought that Indian immigrants would be the majority of his customers…but that actually Americans were.  I’ll be honest, I was a bit surprised to hear that, since we were the only Americans in the entire place at the time.  But that just made the place seem even more awesome to me.  In my experience, any ethnic food place that ends up being full of native eaters of that food tends to be pretty worth it. 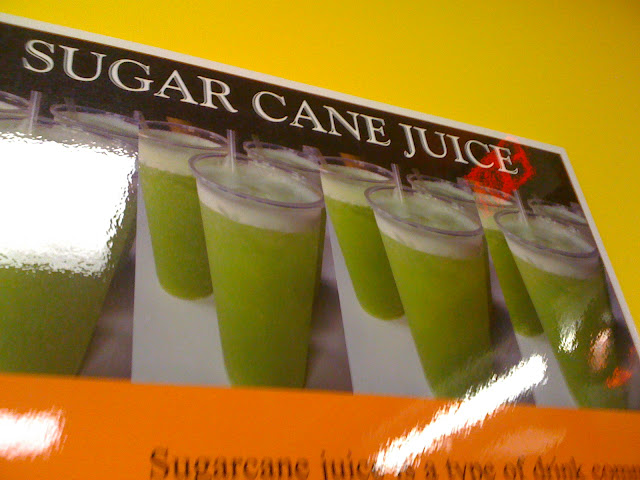 And Neehee’s was.  We all piled back into our cars after getting our bags and headed over to Brian’s condo to chow down on what ended up being a formidable buffet of gastronomic delights.  Now, I’m not exactly sure what all Brian and Rita had ordered, but I will say the mashed potato type dish they had was extremely spicy and super good.  We also shared some samosas, fried pastries stuffed with potato and peas, and there was a great spicy soup.  Josh had ordered puri bhaji, a potato dish that was great, and I ordered paneer chilli.  Paneer is an Indian cheese and in this dish it comes cubed and fried and tossed in a spicy chilli gravy.  I know it sounds weird, but it’s extremely flavorful and has a texture not that unlike tofu.  Seriously, try it.  Everyone loved it.  So will you. 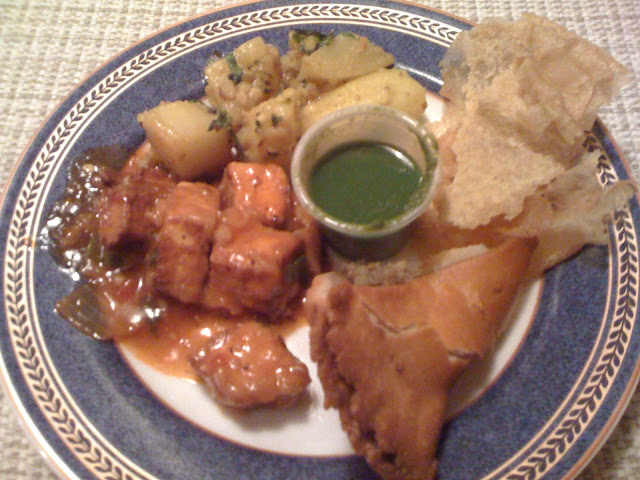 If you happen to be out in Canton sometime, stop by, do yourself a favor.  Oh, and if you could pick me up a number 38, spicy, with gravy, that’d be great.  Thanks.