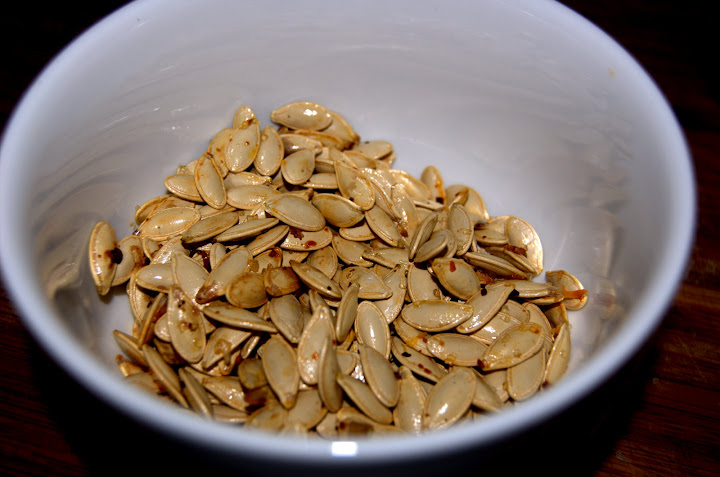 Despite the variety of pumpkin dishes that I have made, some recently, I am actually not that big a fan of pumpkin.  Josh is.  There is, however, one pumpkin thing that I adore: the seeds.  In fact, ever since I was a little kid, one of my favorite things about Halloween was carving my pumpkin and roasting the seeds.  We did it every year, even after I got too told to trick-or-treat, and it’s a tradition I carry on now.  I mean, sure I could do this anytime of year just by buying some raw pumpkin seeds from the store but that’s not nearly as fun.  I mean, if you’re going to carve pumpkins for Halloween anyway, why let all those delicious seedy innards go to waste?  No, no, that’s precious currency right there.  However, it has come to my attention–namely through my husband Josh, who, before meeting me, had never roasted pumpkin seeds before–that there are actually people in the world that have never roasted pumpkin seeds before. And this sort of injustice cannot stand.  How can I just ignore the sad, desperate pleas echoing out of the darkness from those who’ve never experienced the crunchy, salty, buttery goodness of a freshly roasted bowl of pepitos?

So here’s the secret about roasting pumpkin seeds: it’s actually ridiculously easy.  I mean, so easy a caveman could do it.

Cut open your pumpkin and scoop seeds into a bowl (or, if you’re carving pumpkins, as you’re carving, deposit the seeds into a bowl).  It’s okay if a bit of the stringy pumpkin flesh gets in there too.  For this, since it’s just me that eats them (poor poor Josh has still not discovered the Light, the Truth and the Way of the Pepito), I used the small pie pumpkin that we got in our last farm share.  Yes, that’s right.  Jack the Pumpkin King gave his life so that I might relish his deliciousness.  Let’s all have a moment of silence for Jack. 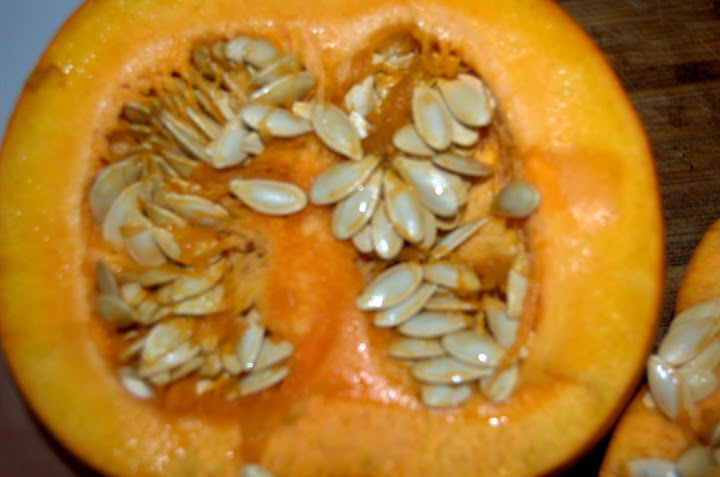 Now, clean the seeds.  You want to get as much of the stringly flesh off as possible and then put the seeds in a colander and rinse them clean under running water.  Let them sit and dry a bit. 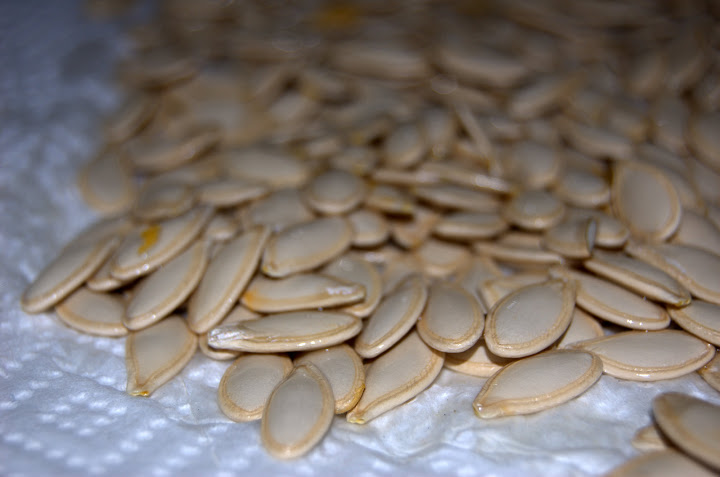 Mix seeds with a bit of melted butter and or olive oil (I used both a half pat of butter and a slight drizzle of olive oil), a sprinkle of salt and any spice you like.  For instance, I used a bit of crushed aleppo chiles on mine, but you can use black pepper, red pepper flakes, garlic powder, curry, etc.  Spread out on a clean baking sheet and bake in the oven at 350F for about  minutes, stirring once halfway through, or until toasted. 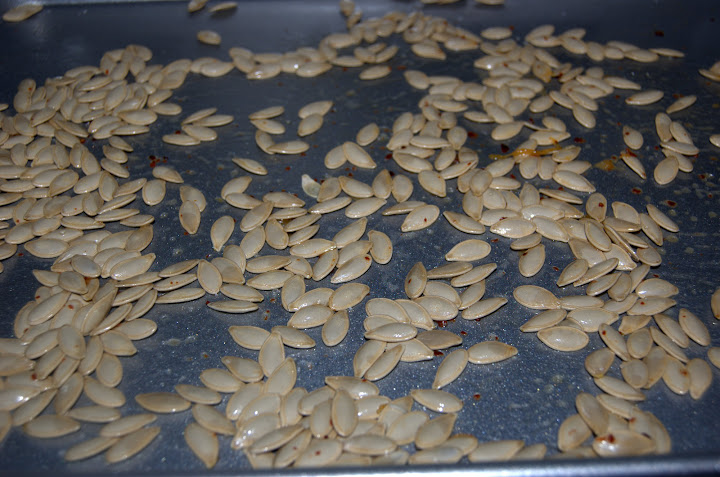 Pour into a serving dish and savor.  Slowly.  Carefully.  Feel the power of the pumpkin. 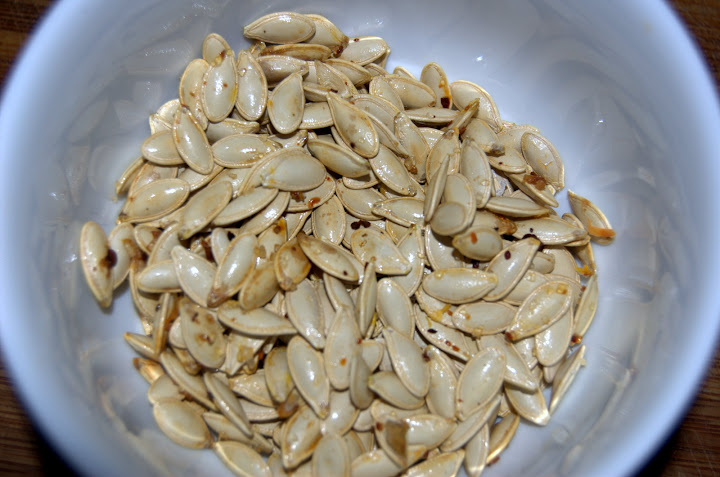