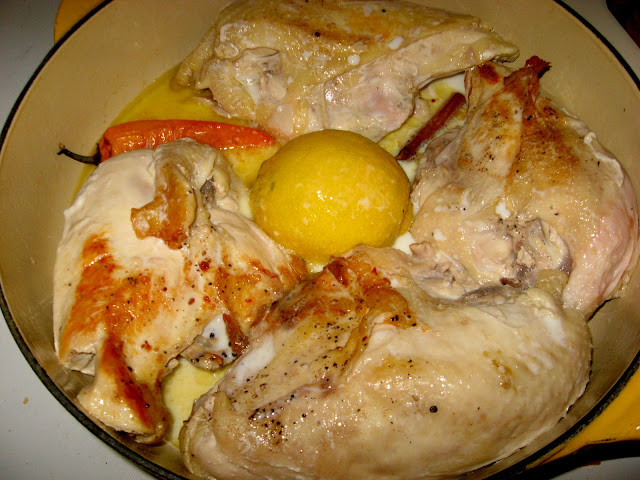 It was a pretty fantastic weekend all around on my end.  Headed out to Detroit’s Eastern Market again on Saturday, which you know I love, and spent the afternoon making leek onion rings and bbq beef sandwiches.

And today, Josh and I spent an hour learning how to make pasta carbonara and a pappardelle dish with the lovely Francesca Girarraffa in a cooking class at Hollanders, which was quite a bit of fun and totally worth the very reasonable price of $13 a person.  For attending, we also each got a 10% off coupon for Hollanders that day, which I used to treat myself to two new baking sheets.  Which I totally needed.  Honestly.

Anyway, then I moved to make dinner.  Originally, I had planned on doing a sort of Chinese-inspired dinner.  I’d planned on roasting the pumpkin we got from this past week’s farm share and then using it to make some dim sum, along with some chicken beggar’s purses, some veggie fried rice and egg drop soup.  However, by the time we were on our way home after the cooking demo, shopping, lunch at Sabor Latino and more shopping at By the Pound, I wasn’t feeling quite up to that level of culinary intrepidness.  Instead I decided to make a relatively low key dish that I’d found on Saveur, a recipe of British chef Jamie Oliver’s that’s basically a chicken roasted in milk.

Me being..me, though, I used the recipe as a general guideline and since a whole chicken was too much for just me and Josh right now, I made it with bone-in chicken breasts instead.  I also tossed in a few chopped red bell peppers and cremini mushrooms near the end because, y’know, I like my veggies. The recipe below, though, is the original. 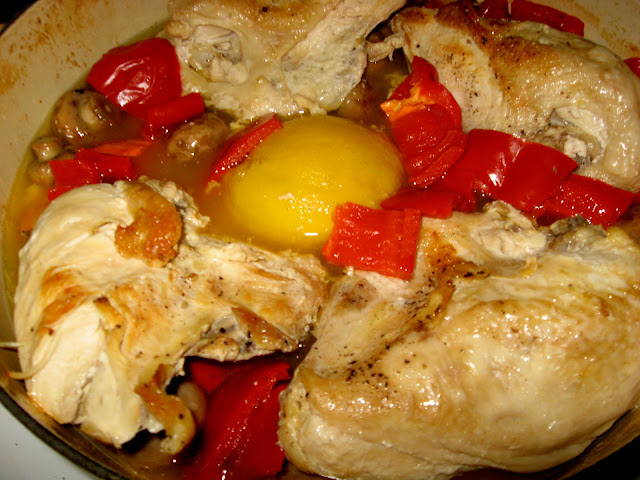 Preheat the oven to 190°C/375°F/gas 5, and find a snug-fitting pot for the chicken. Season it generously all over, and fry it in the butter and a little olive oil, turning the chicken to get an even colour all over, until golden. Remove from the heat, put the chicken on a plate, and throw away the oil and butter left in the pot. This will leave you with tasty sticky goodness at the bottom of the pan which will give you a lovely caramelly flavour later on.

Put your chicken back in the pot with the rest of the ingredients, and cook in the preheated oven for 1½ hours. Baste with the cooking juice when you remember. The lemon zest will sort of split the milk, making a sauce which is absolutely fantastic.

The chicken was actually really pretty moist, and you didn’t much taste the milk.  The cinnamon also made the kitchen smell fantastic. 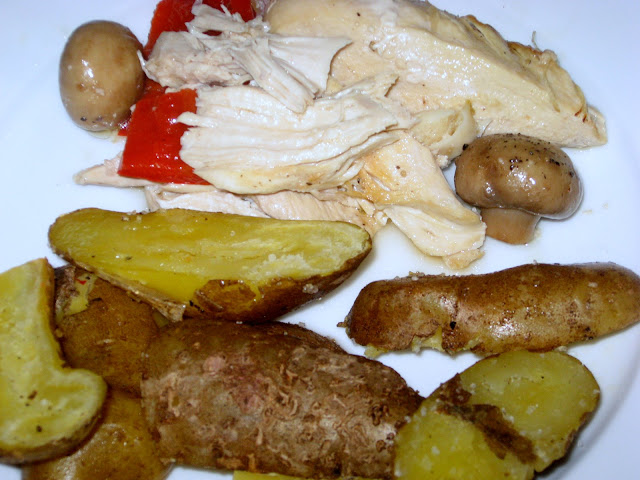