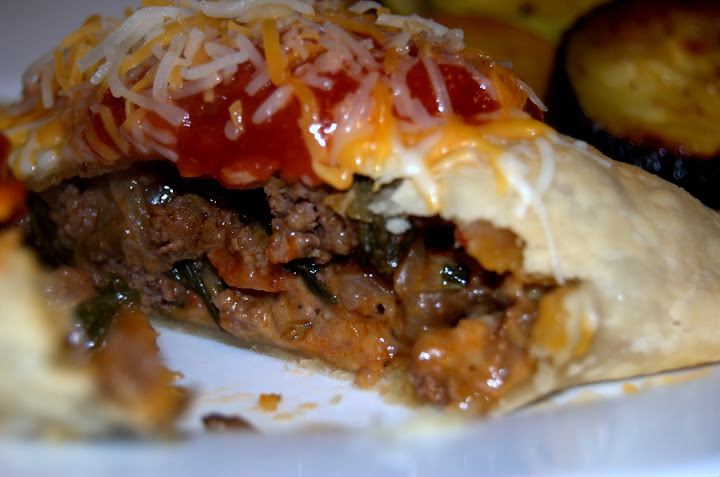 You know, I tried really hard to think of a witty lead in for this blog post, but I’ve got nothing.  I blame it on Monday.  We’ll see how it goes tomorrow.  [Edit: Thankfully, Sophia saved me with a hilarious new title that you can read above.]

But anyway, tonight we made calzones. Partly out of a want of pizza on my part, partly out of a guiltiness that I pasted a calzone recipe into my Evernote months ago and had yet to get around to making it, and partly because Busch’s has ground sirloin on sale. I figured, heck, at home we already had cheese, peppers, onions, garlic, spinach and mushrooms and tomatoes…all we had to do is pick up the beef and some pizza dough.  AND we–and by “we” I mean “I”–could make enough for tonight and tomorrow’s lunch.  Genius.  Of course, once at the store, a few other items got added to the list, mostly due to Josh’s deep-seated love for pepperoni and pizza sauce.  And then it came down to the crust.

I mean, at this point, I’m feeling too lazy to make my own pizza crust.  And by “this point,” I mean “I am always too lazy to make my own pizza crust.”  But Busch’s only had (that I know of) frozen pizza crusts, and we didn’t want to wait for a dough ball to thaw.  Nor did we really trust the canned Pillsbury pizza crust (don’t get me wrong–I am not a food snob (much) and and I have made more than my share of Pillsbury cinnamon rolls, biscuits and donuts but pizza dough?  In a can?   For some reason I won’t go that far).  And we didn’t want to venture to another store to get fresh pizza dough.  So I did the only reasonable thing: I picked up a couple of pie crusts.  Pillsbury.

My reluctance to embrace pizza-in-a-can also does not extend to ready-made-roll-out-pie crusts.  I’m a complex creature.  There’s no point in trying to figure it out.

But anyway, I reasoned that pie dough, while flakier, would work fine–not to mention, there’s two crusts in a package, I can get two calzones from each crust…that’s 4 crusts for like $2…and then I can be sufficiently lazy.  Jackpot.

So this is really a recipe-less recipe.  I know that I said up there that I have a calzone recipe stored away in my Evernote.  That doesn’t mean I actually used it.  Guidelines, people.  Recipes are guidelines. 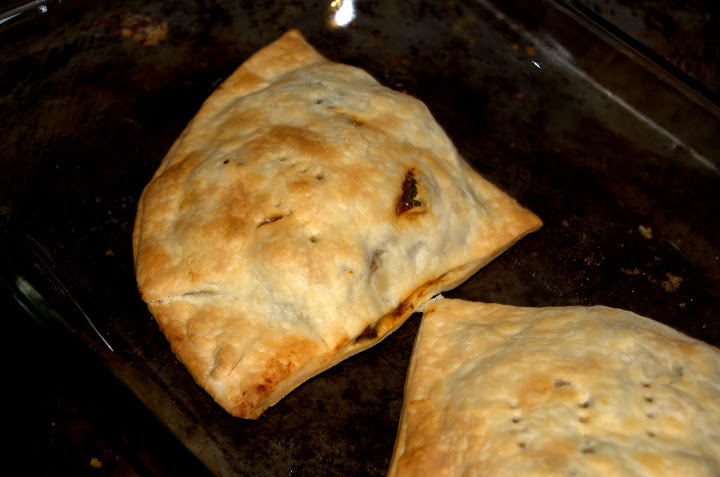 While the calzones were cooking, I:

When the calzones were done, I 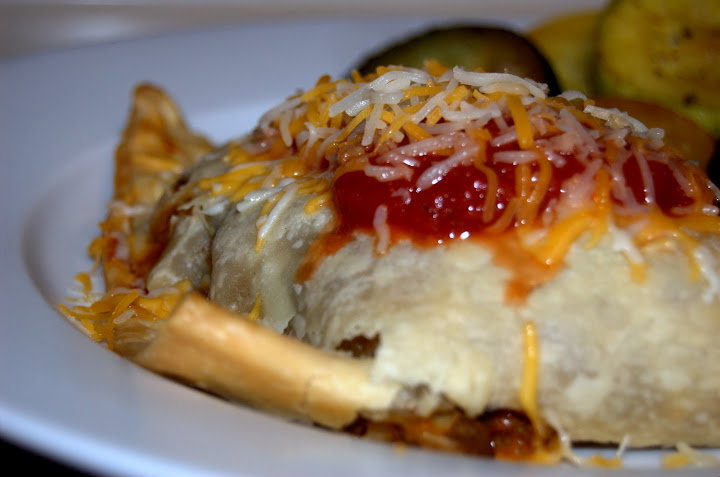 The crusts were indeed quite flaky but also light, and it let the tastiness of the filling shine through more.  Josh approved.  And abided.  And just told me that my calzones fit perfectly into our sandwich bags.  Score. 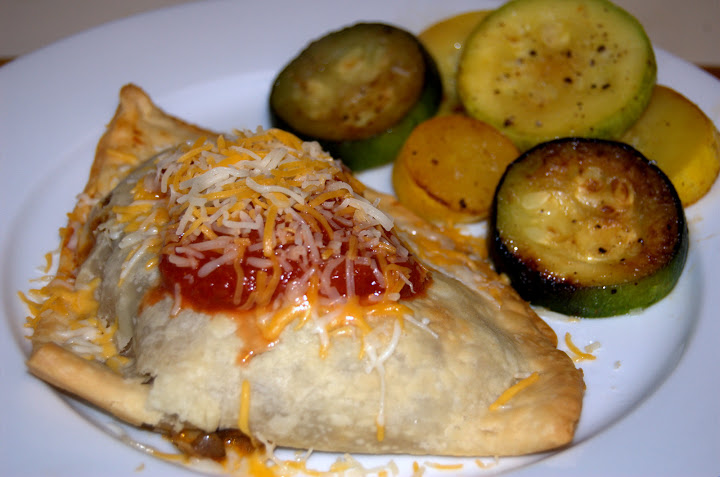 3 thoughts on “There’s a Wocket in My Pizza Pocket”