Caper 1
On Friday, group of friends and I traversed across the vast swaths of town to the far east, to a small place of our acquaintance, a mystical, ethereal place known only as Thai Thai. We were a world-weary band of travelers, three young ones and seven others who just act young.  We descended on the tiny, tiny island of taste and took over about half the place.  We were treated with kindness and brought several succulent dishes of varying heat.  Josh and I partook of the spring rolls, being ravenous as we were, and considering that we had traveled to such lands before, consider ourselves connoisseurs  of that delicacy.  Then Josh sated his rumbly tumbly with a spicy dish called “Moo Pad Prig Khee Noo,” made of pork and fresh chili peppers and garlic. 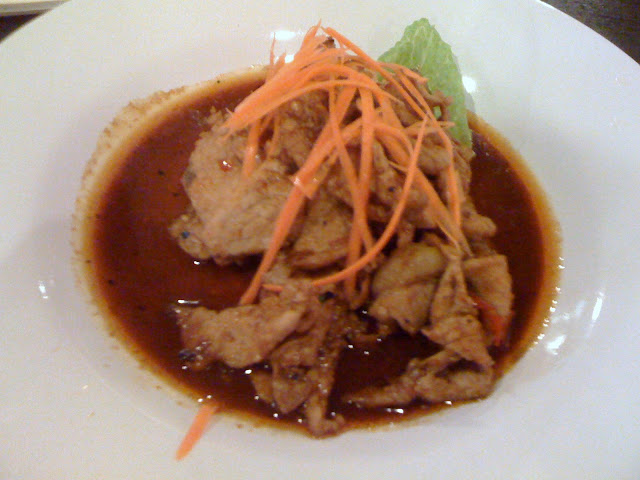 I, on the other hand, supped a fragrant, colorful dish of yellow curry with chicken, onions and potatoes.  Though not as spicy as I preferred, it paired fantastically with the offered rice.

Indeed, we spent several hours in that far away land but as night descended, we parted ways, fuller, happier, better, and sailed off into the night, soon to return.  Our band of merry people took separate directions.  Some of us returned home.  Others went on to other adventures…at Putterz.

When Saturday morning dawned bright and clear, Josh and I continued to sate our thirst for exploration by again driving to the other side of town.  This time, there was much danger.  There was…football traffic.  But we made it and arrived in a land of colors and sounds and smells and half-bushel after half-bushel of tomatoes and peppers: the farmer’s market.  But the produce alone was not what drew us to this isle.  We were in search of the spice of life.  Which is…um…spices.  Spices are…uh…the spice of life.  Anyway, we entered the Kerrytown markets from Fourth Street, through Hollanders, intent on making our way to the second floor to visit the Spice Merchant.  (By the way, that’s not just a cute nod to the theme here, that’s the actual name of the store.  Fun, huh?)  However, once in Hollanders many goodies and baubles caught our eye…specifically first a great little album of notecards with otters on them.  I love otters.  They’re so cute and playful.  You just want to hug and squeeze them and call them George.  In fact, if I had a big enough kiddie pool—-wait, okay, getting off topic.  Once in Hollanders, we decided to investigate the new upstairs.  Well, relatively new.  We hadn’t actually been in Hollanders for two years and were pleasantly surprised by the expansion they’d undertaken.  Not only did they have an excellent array of kitchen and dining items (we uh…maybe ended up purchasing a new set of plates…cough), but they’d also installed a fabulous demo kitchen and offer extremely well-priced cooking demos. Seriously.  I love to take cooking courses, but many of the ones in town are at least $35 a person, and often much more.  While I’m sure they’re worth it, that’s still at least $70 for the two of us to get what’s often a one-hour workshop and…well, you get the idea.  But Hollander’s demos are a mere $13.  Exciting!  Since Kitchenport, Inc. closed, they’ve really picked up the ball on offering kitchen and cooking supplies, books and more.  There’s also a home maintenance section…you can buy screws and duct tape.  At Hollanders.  Weird.  Yet awesome.

From there, after a long conversation with an adorable staff person who waxed on at length about the deliciousness of some of the food that would be prepared at the upcoming workshops, we finally moved on and made our way over to the Spice Merchant.  Josh had journeyed there once before, but I had never been.  I was presented with a beautiful cube full of shelves and on those shelves were jar after jar of colorful, fragrant spices and teas. 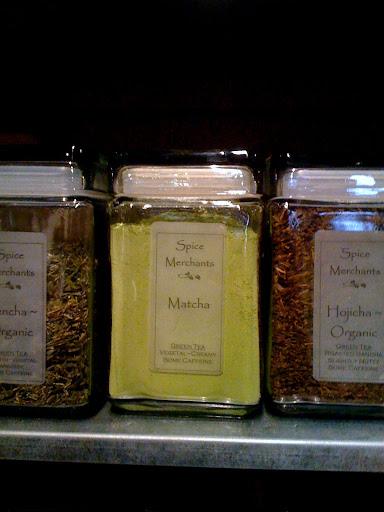 I was well-behaved and only purchased a few things, most notably something I had never seen before, something so perfect and incredible that clearly it was made by angels and blessed by God himself: chocolate. sugar. 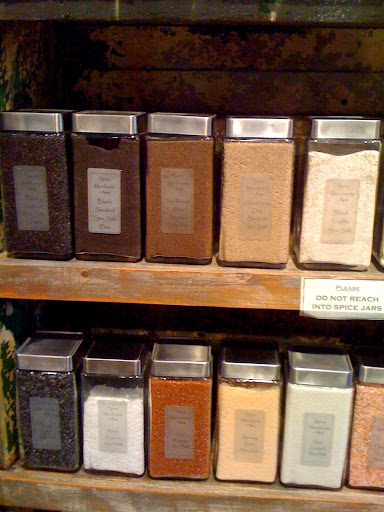 I’ll say it one more time: chocolate sugar.  Indeed.  I figure it will be an excellent addition sprinkled on top of the vanilla cheesecake with pomegranate glaze I intend to make this weekend.  More on that…later. 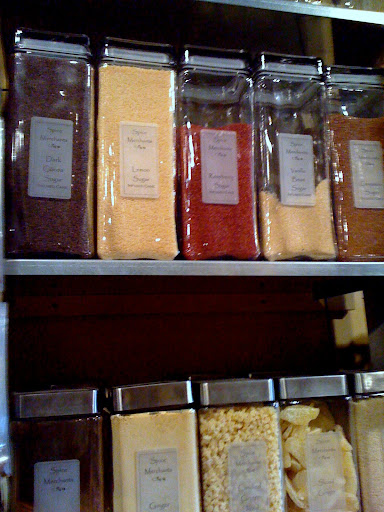 I’ll make this one short.  Cake Nouveau‘s cupcake flavors of the week: 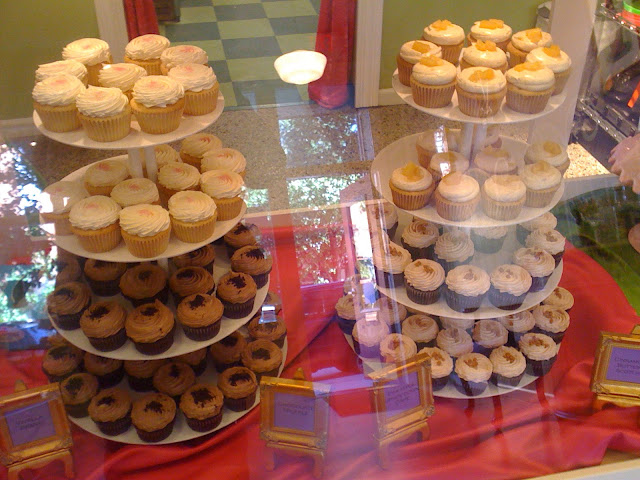 upside down pineapple (Josh tried this one and loved it)
cinnamon butterscotch (I tried this one…the frosting was excellent.  The cupcake itself was really just a vehicle for the frosting.)
vanilla beany
chocolate truffle