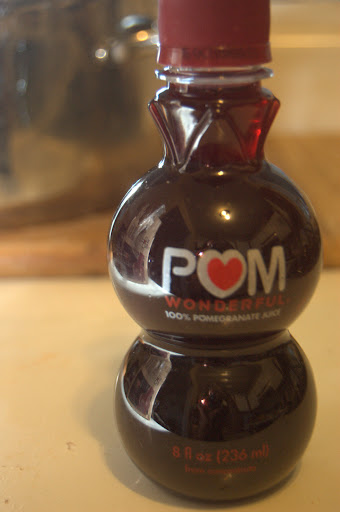 I got a delicious shipment in the mail this past week: a case of Pom Wonderful pomegranate juice, from the Pom people themselves.  My challenge?  Use the eight little bottles of liquid pomegranate to come up with something interesting and delicious.

I found this fascinating, as did my friends, many of whom love pomegranate.  Myself, I’d never really experimented with it.  I once purchased a pomegranate to try out, messily cutting it open and excavating the seeds (arils), which I found delicious but then never bought another one.  Still, the fruit somewhat intrigued me, as do most fruits from south Asia.  Plus, they just look so funky.  I’m a sucker for those swanky design spreads where hip decorators have created oh-so-chic-but-simple accents with giant hurricane vases full of fresh pomegranates.  Sure I could never do that because my dog would probably think, “Wow!  Balls!” but that’s not the point.

What is the point?

Barbecue.  Barbecue is always the point.

At least, it was one of the first things that came to mind when I thought, “Gee, what can I do with 64 ounces of pomegranate juice?  Barbecue!”  That particular eureka was followed up with “Cheesecake!” which was a suggestion from a friend during dinner out the other night.  Then another idea: add it to your granola bar recipe.  Mix it with Greek yogurt and marinate chicken.  And oh…imagine the drinks.

Well, the cheesecake, granola bar and chicken kabob recipes will be coming later.  Today we’ll just stick with simple additions you can add to many meals.

Mix all ingredients together in a small saucepan over medium heat.  Stir occasionally and cook until warmed through and fragrant.  Brush onto your favorite meat.  To test it out, I used slow-roasted pork. 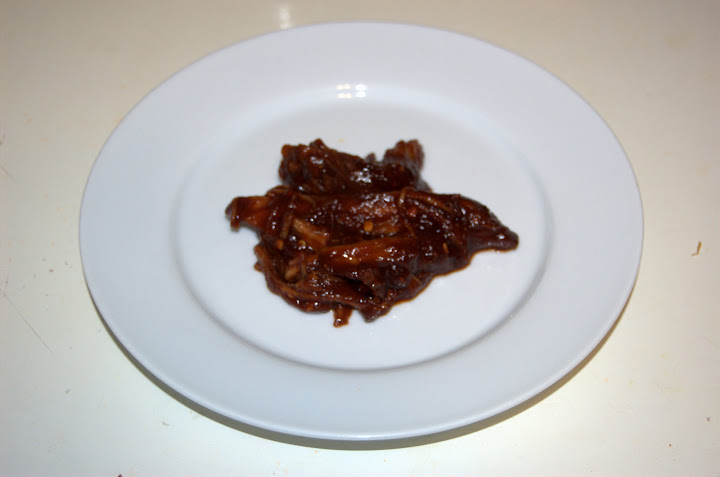 It’s a very nice, sweet barbecue sauce, gorgeous in color thanks to the pomegranate molasses, and the spices give it a nice slow heat that builds up in the back of your throat, rather than burning your tongue.

Place the pomegranate juice, sugar and lemon juice in a 4-quart saucepan set over medium heat. Cook, stirring occasionally, until the sugar has completely dissolved.

Once the sugar has dissolved, reduce the heat to medium-low and cook until the mixture has reduced to 1 cup, approximately 70 minutes. 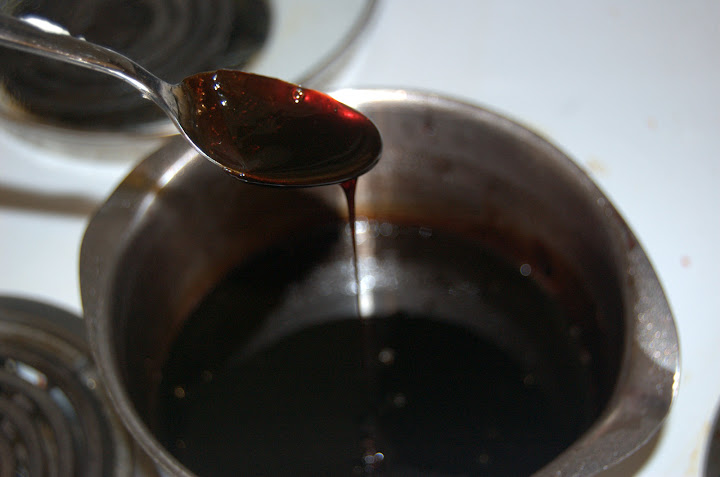 It should be the consistency of thick syrup. Remove from the heat and allow to cool in the saucepan for 30 minutes.  Jar and refrigerate for up to 6 months. 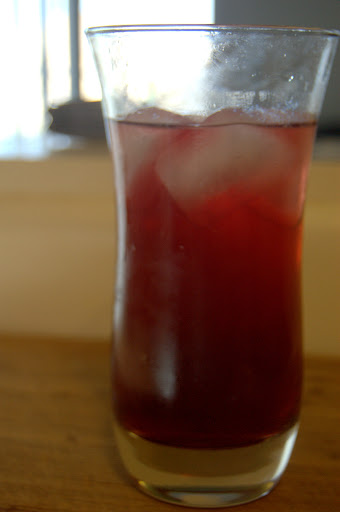 Add juices to a glass and stir together.  Add ice cubes and then pour in club soda.  Garnish with lemon or lime slices if desired.  Drink!

3 thoughts on “Poms Away”