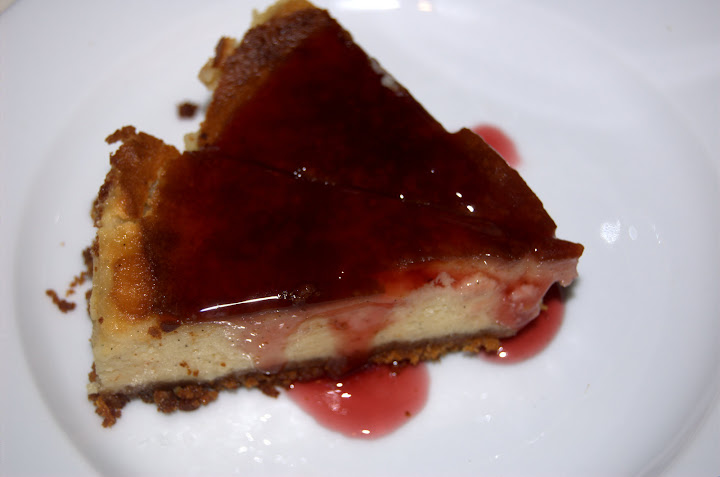 So I continued my Adventures in Pomegranates tonight, using up more of the juice shipment I got from Pom Wonderful.

As you might recall, the last time we saw our intrepid heroine (uh, me), she had just conquered pomegranate molasses and used said molasses in creating homemade pomegranate barbecue sauce.  Now join us for the next installment of this thrilling storyline as our heroine strives to harness the power of the pomegranate for good, or for awesome.

I wanted to create a dessert with the pomegranate juice and while the idea of converting my current strawberry tiramisu recipe into a pomegranate one was bandied about, I instead decided to make a pomegranate glaze.  And the perfect conveyance for that glaze?  Cheesecake.  Delicious, delicious citrus cheesecake.

Now, granted, it didn’t come out quite the way I intended much at all, the cake part anyway, but that was mostly due to my own tiredness and inattention.  Having made the cheesecake before though, I can indeed vouch that the flavors are fantastic.   The citrus and vanilla really come through, and that pairs well with the sweetness of the pomegranate.  A bit of unsweetened whipped cream could pull it all together nicely. 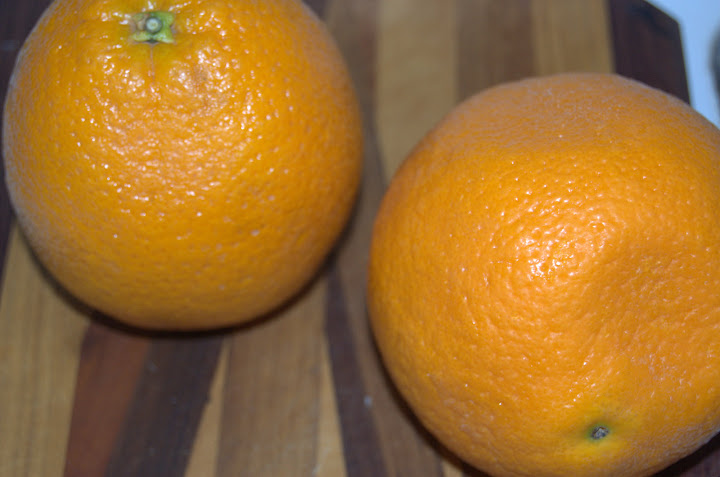 Mix graham cracker crumbs, brown sugar and butter together thoroughly.  Spray the bottom and side of a 9 inch springform pan with cooking spray. Pat the mixture evenly into the bottom the pan, place on a baking sheet and bake in the oven until lightly golden brown and just set, about 8 minutes.  Remove to a baking rack and let cool completely.

Combine 1/4 cup of the sugar and the orange zest in a food processor and process until combined.  Place the cream cheese in the bowl of a stand fixer fitted with the paddle attachment and beat until light and fluffy, 3 to 4 minutes. Add the orange sugar, remaining granulated sugar, and light muscovado sugar and beat again until the sugar is incorporated and the mixture is light and fluffy. Add the eggs, 1 at a time and mix until just incorporated, scraping the sides and bottom of the bowl. Add the vanilla seeds and vanilla extract and beat until combined. Add the salt and heavy cream and mix until just combined.

Turn the heat off and prop the door open with a wooden spoon and allow the cake to cook in the water bath for 1 hour. Remove the cake to a baking rack and allow to cool to room temperature for 2 hours. Cover the cake and refrigerate for at least 4 hours and up to 24 hours until chilled through. 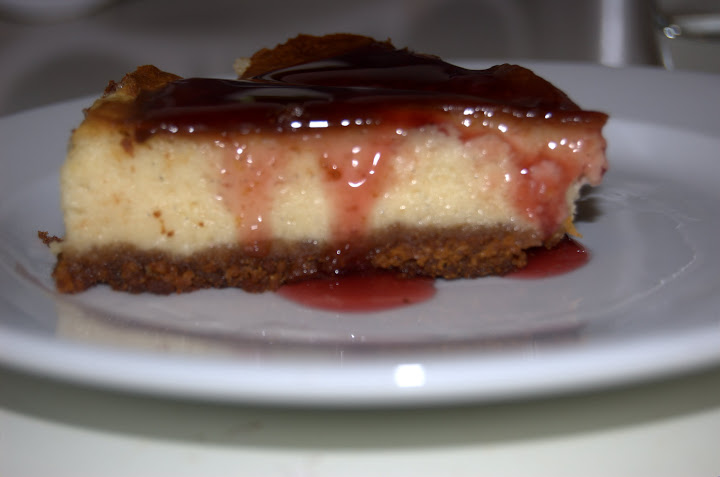 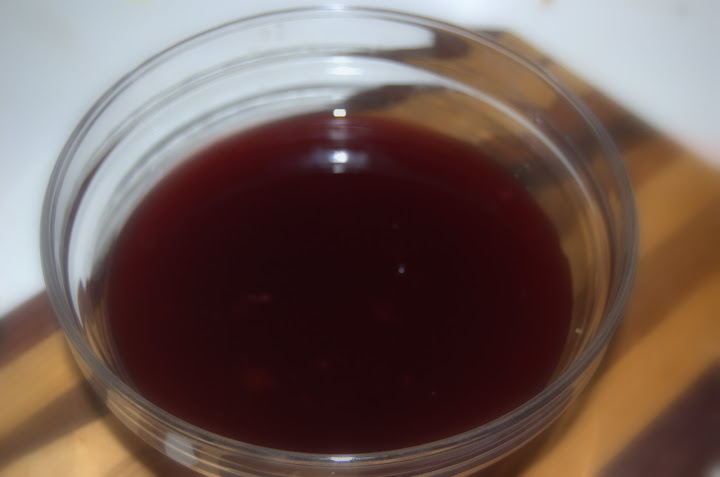 In a medium saucepan, mix the cornstarch with the sugar.  Slowly stir in the pomegranate juice and mix well. Cook the sauce over medium heat, stirring constantly, until the sauce begins to thicken and darkens to a deep wine color, and the sauce coats the back of the spoon. Remove from the heat and let cool.  (This can be made at the same time as the cheesecake and then stored in the fridge until the cheesecake is ready to serve.)  Pour over cheesecake and serve. 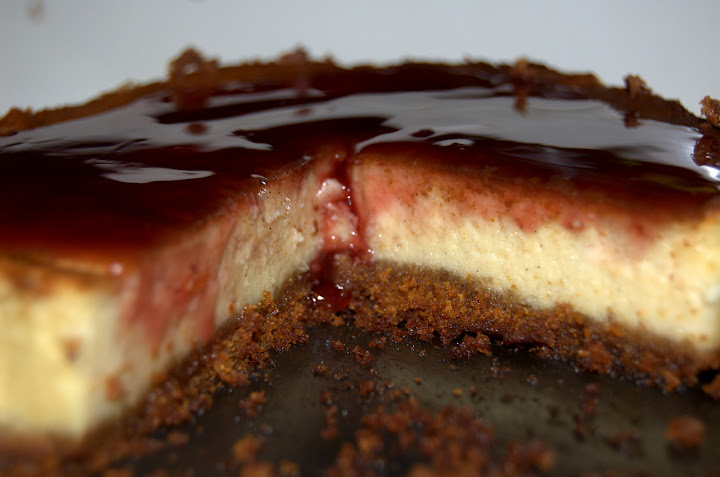