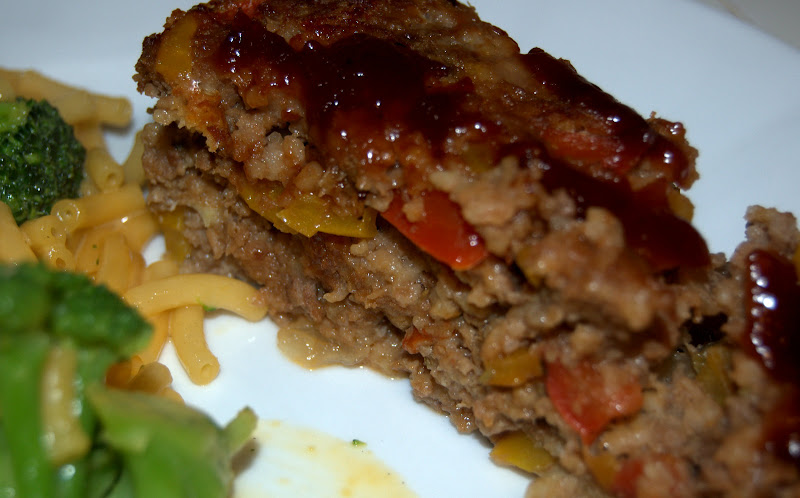 But instead of doing a giant barbecue (mmm barbecue) as a last hurrah to the last day of summer, I instead decided to put my best foot forward into fall with a dinner meal inspired by fall colors and fall comfort food: meatloaf.

All right, I’ll be honest.  I had my first slice of meatloaf about two years ago.  Seriously.  I’d never had it before that.  I always figured it was because my mom was a vegetarian, and while she made many meat dishes for the rest of us omnivores, why mold raw meat if you don’t have to?  Surprisingly, this was all apparently new to my mom, who is convinced that she made us meatloaf when we were kids.  In fact, when I told her she didn’t, she was absolutely taken aback and incensed and insisted on calling my sister to verify that she made meatloaf.  It went something like this:

Mom: What?  I made you guys meatloaf all the time.  Don’t you remember?  I used to put three strips of bacon across the top.
Me: Uh, no mom, I don’t know who you made that for, but it wasn’t us.
Josh: stifling a laugh
Mom: Well we’ll see what your sister says about this.  Picks up phone, dials.  Arica, didn’t I make you guys meatloaf when you were kids? Brief pause WHADDYA MEAN “NO?!”

Yeah, it was pretty funny.  But anyway, yeah, no meatloaf until I was 25.  I mean, sure they served it in the school cafeteria, but who wants to eat that?  Besides, to be perfectly honest, I am a bit wary about the entire idea.  Why would you want to mold meat into the shape of a loaf?  That’s weeeird.  But Josh likes meatloaf and wanted me to try making it, so I did.  After looking at a few recipes and asking around, I determined that meatloaf is basically a giant, oddly shaped meatball.  I like meatballs.  Like chicken meatballs (cough).

Anyway, so yadda yadda yadda, long story short, after trying out a few different recipes, I have a pretty standard one I go to that I can easily swap ingredients in and out.  That’s what this is.  This time I used a pound of ground turkey (because it was on sale!) and a half pound of ground sirloin (also on sale).  While not originally sure about this particular combo of meats, it actually turned out really good and moist.

That got mixed with one red bell and one yellow bell pepper, one small red onion (all I had left from last week’s farmshare), two cloves of garlic, and one cherry bomb pepper (from Eastern Market) all chopped and sautéed in a bit of olive oil.

Then I added in a tablespoon of cumin, a sprinkling of salt and pepper, a tablespoon of dried rosemary, a half cup of panko (Japanese bread crumbs), one large egg white, and 1/4 cup of barbecue sauce (Josh’s favorite).  Mix it all together, fluffing first with a fork to get the sirloin and turkey well integrated and then spreading evenly around with a spatula. 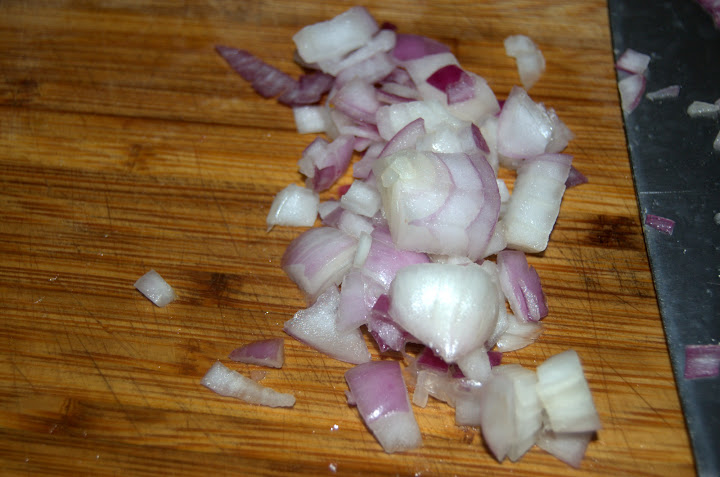 That goes into a nifty little meatloaf pan I have (basically a bread pan with a removable insert that has holes on the bottom, to allow the grease to drip out), or you can shape it by hand and bake it on a sheet.  Whatever works.  I drizzled some more barbecue sauce on top and popped it in the oven at 375F and voilà!  50 minutes later, meatloaf. 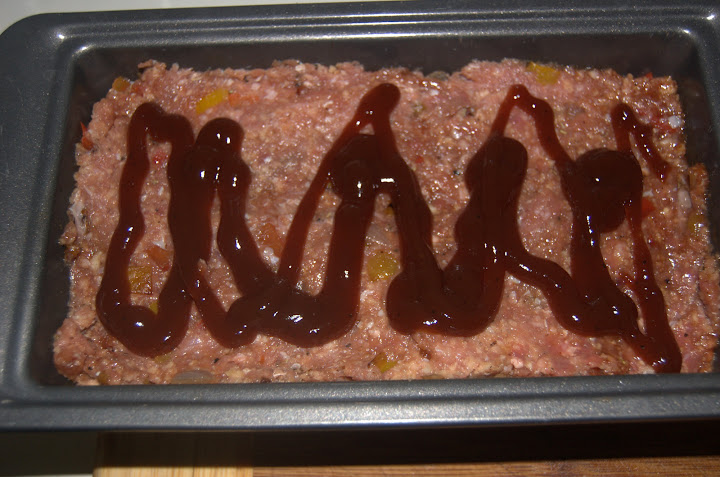 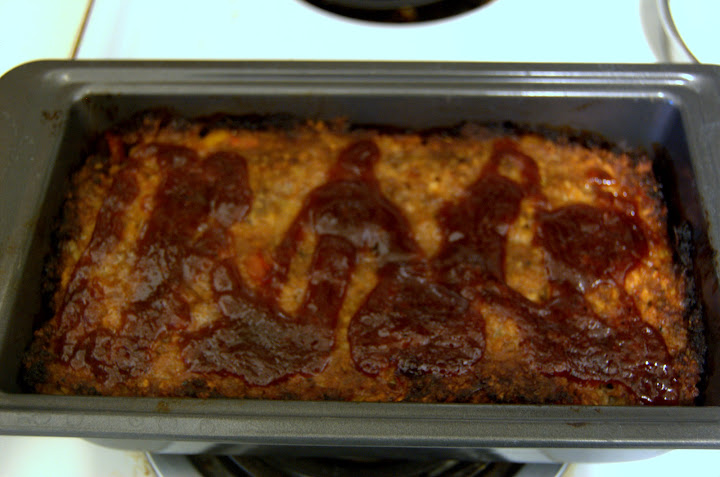 But anyway, it worked pretty well, especially since I could prepare lunch for tomorrow while the meatloaf was cooking, as well as put together some cornbread and macaroni, cheese and broccoli to go on the side of tonight’s dinner. 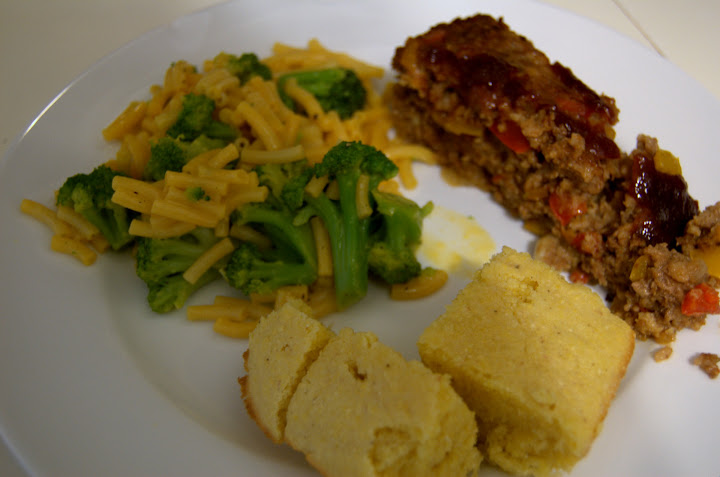 The original recipe for the meatloaf is below.  Try it out, substitute your favorite things.  Let me know how it goes.

Bake at 375° for 50 minutes or until meat mixture is no longer pink in center; drain meat loaf, and let stand 10 minutes. Serve with Tomato Gravy.

One thought on “Fall’s First Meatloaf”