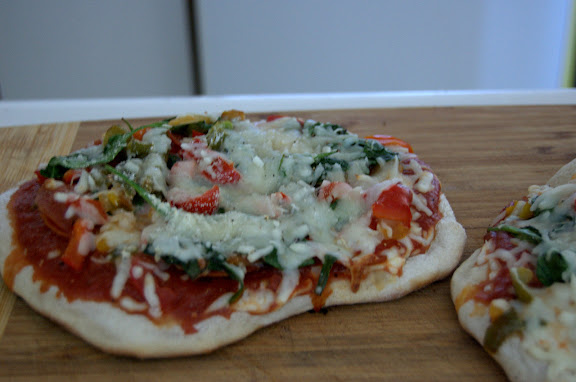 Two things came into play this evening.  No, three.  1) I had leftover pepperoni in the fridge from making toast pizza. 2) It’s summer and I prefer to grill food whenever and wherever possible in the summer–I mean, I have grilled breakfast before.  I won’t turn on the stove if I don’t have too.  3) I really, really, really did not want to eat another burger.  Instead, I thought to myself, “Hey, self!  Let’s grill pizza for dinner instead.”  I figured I could pile it with veggies and low-moisture part skim mozzarella since, after all, we did have lunch at Bill’s and wanted something healthier but just as tasty as chili dogs for dessert.  So pizza!  Josh was all about it.  I mean, we are married for a reason.

So on the way home from Bill’s, we stopped at the store and stocked up on a few things–pizza sauce (Delallo’s was on sale), baby spinach, frozen pepper mix (Josh’s favorite) and a ball of frozen pizza dough.  While Josh and I do enjoy making our own pizza on a fairly regular basis, this would be the first time for either of us to really grill a pizza.  After leaving the dough ball on the counter to thaw for a few hours, and giving our appetites time to return, the moment was at hand.

Josh took control of making the crust; he split the dough in half and rolled out two…circle-ish shapes and placed them on our grill over medium high heat until the undersides were hot and crispy. 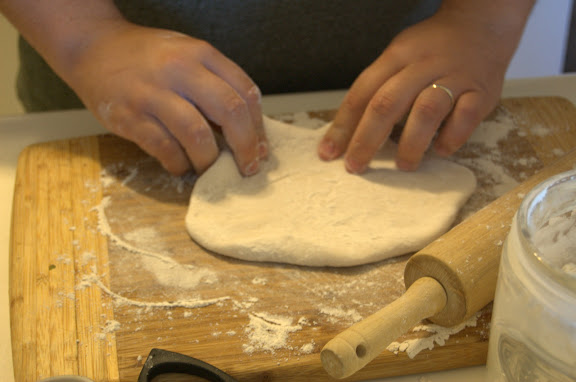 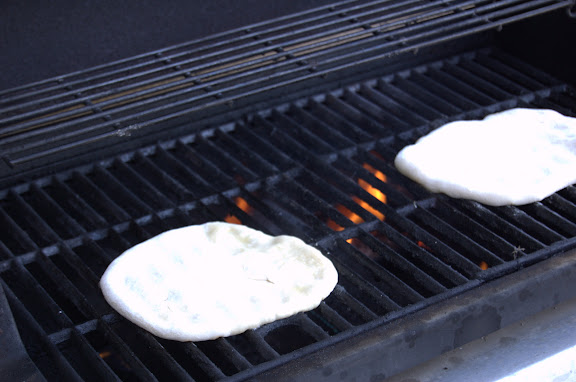 Meanwhile, I prepared the toppings.  I tossed a handful of pepperoni into a pan over medium heat and cooked them until softened, letting the extra grease run out.  Then I scooped up the pepperoni and left them to dry on a paper towel. 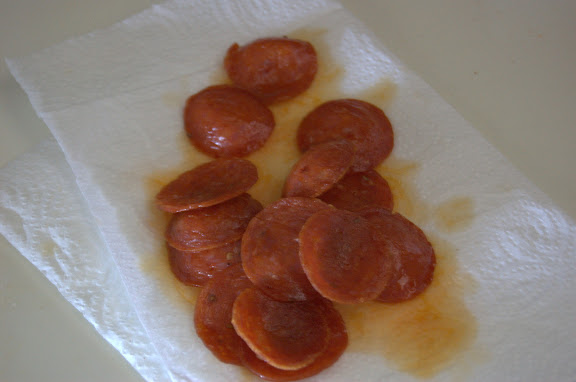 I didn’t toss the grease though; that stuff is gold.  Instead I used it to sauté the frozen pepper mix and wilt the spinach.  Then I sliced a roma tomato we had sitting around very thinly, got out the sauce and our shredded mozzarella and there was that. 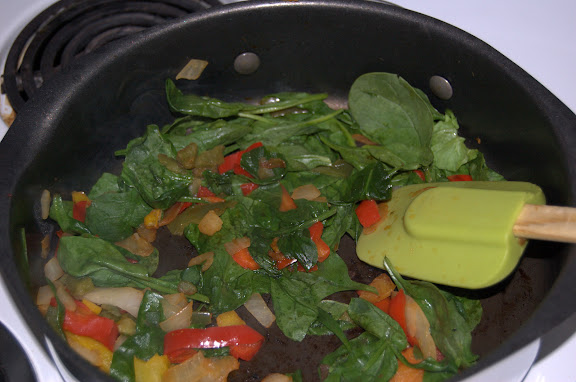 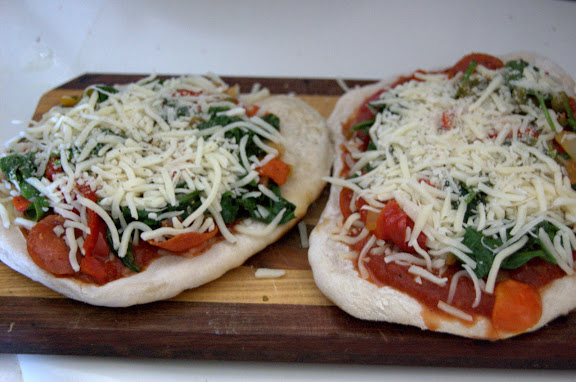 Josh placed the back on the grill, over low heat and closed the lid in order to let the gooey cheesiness do it’s thing and then it was time to eat! 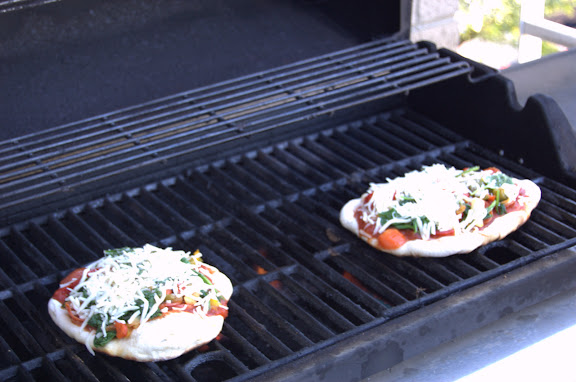 One thought on “It's not delivery, it's do it yourself!”